People say that it’s not fair for God to send people to hell. The fact is that hell exists because God exists. He doesn’t want us to go to hell (life without his presence), but if we refuse to live in his presence, then that is where we go. It’s like saying the light has a thing against people so they stay in the dark, yet we neglect to flip the switch on so the light can shine in our lives. First, it is necessary that we get an understanding of what “hell” really is. The bible’s various references to hell or Sheol is likened to a lake of fire (later referenced in Revelation as the final destination of Satan), but doesn’t say it is actually a fire. Hell, in essence, is what we define as the lack of the presence of God. We could be living in hell right now, but we still have access to God’s presence. We still have access to God’s favor, but one day we will be stuck where we are.

God is the Light of the World. God is all that is good and loving and just. I’m not talking about the cuddly teddy bear God that some proclaim Him to be. Just look at what happens to those who oppose Him and His People, claiming that their light shines brighter than His, throughout the Old Testament. Maybe we might ask, “what changed between the Old and New Testaments about God?” Nothing changed about Him, but everything changed about us. Jesus’ payment for our sinfulness not only cleansed us so we could survive and live in His presence, but it also gave us dominion over our own bodies and choices. In other words, He gave us the power to flip the switch and keep it on. Now, how does that relate to the light and darkness? Let’s ask ourselves a question: How do we know the darkness is the darkness? By the presence of light. In fact, scientists say that darkness isn’t the presence of darkness, but the absence of light. So then, the darkness exists because the light exists. Without the light, however, we would continually live in the dark. The bible tells us that the darkness is recognized as dark by the revelation of the light. We wouldn’t know darkness was darkness without being exposed to the light.

We blame God for this struggle between light and dark but neglect to recognize our own responsibility in the process. We ask, “how can a good god be so cruel?” when we should ask, “god is so good, so why do we keep living in evil?” One of our problems as selfish humans is that we are more prone to cast the blame upon others before asking ourselves what part we are of the problem. God tells us many times what we must do in order to enter into a relationship with Him: humble ourselves and recognize that we are the problem and subsequently that He has created a way out for us. We blame God for being so good and recognize the existence of the darkness and subsequently cast blame on Him for the darkness. This helps us ignore our role in our relationship with Him and thus ignore the blame that rests upon us. When have we ever cursed a light bulb for the darkness? How many times have we gotten angry at a candle for piercing the darkness? What craziness do we live then to be angry at God for using the Light to reveal the darkness in our lives and how foolish are we to refuse to step into the Light?

Meanwhile, God tells us that once we recognize that we are in the dark and admit it, we are then empowered to flip the switch, turn on the light, and live in His presence. We question God’s goodness because of the existence of hell but never question our own ignorance for not entering into heaven when it is freely available to us.

Advantages and Features of Mac Computers

What Are The Best Laptops For Designers? 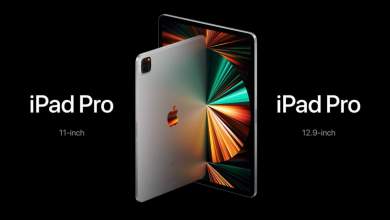