Green beer flows on St. Patty’s Day. But a different kind of green beer, sustainable beer, is a much larger trend in the brewing industry.

We wanted to make an infographic (and article) exploring the most common way for breweries to go green: solar arrays.

These solar powered breweries mean you can enjoy a can, bottle, or pint of guilt free beer.

And stick around after the infographic for a deep dive on how solar breweries are changing American Beer.

Solar Powered Breweries in the U.S.

Here is a link to a Google Sheet with all of our raw data for this piece.

Please include attribution to https://whalingcitysolar.com/ with this graphic. The Financial Crisis hit just as the idea of Solar Breweries started to gain momentum. That meant 0 solar breweries in 2009.

But the solar beer trend really started taking off in 2010 and reached the peak of installations in 2015.

Let’s give some kudos and highlight the companies that embraced solar early and went out of their way to do the right thing. Their large solar array is 125 kW and generates 40% of the brewery’s energy.

Anderson Valley says it has already paid for itself.

But their commitment to sustainability doesn’t stop there!

“100% of our wastewater is treated and used for the irrigation of our goat pastures and estate hop fields. In addition, our spent grain is given to local cows and spent hops are used as a natural fertilizer.”

This system covers around 20% of Stone Brewery’s energy needs at their Escondido, California brewery.

Every year, their renewable energy production prevents about 1.5 million pounds of CO2 from entering the atmosphere. In 2011, Sierra Nevada installed 2,000kw of solar at their brewery in Chico, California to power 20% of the facility’s energy needs. They even added a 500kw/ 1 MWh battery battery backup system in 2017 (more on batteries in a minute).

But Sierra Nevada didn’t stop there.

In 2016, they installed 600 kw of solar at their east coast brewery in Mills River, North Carolina.

Solar panels cost less every year. With lower costs, the economics of adding solar panels to a brewery make sense for more and more companies. 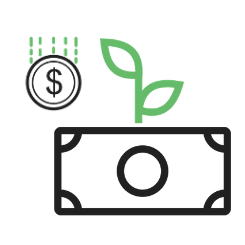 As Chief Economist of the Brewers’ Association, Bart Watson, said in an interview, “[Renewable energy] makes good business sense. Breweries are energy intensive. It’s a manufacturing business.”
“When you’re constantly heating water for your boil kettle or hot liquor tank, having a reliable source of energy that over the long term reduces your costs makes sense.” Sunny Nevada and New Mexico don’t have any solar powered beer. Most likely because of anti-solar regulations in the states.

Just like with Electric Vehicles, California and Colorado are leading the way. Cutting edge breweries have been getting even more out of their solar arrays by pairing them with battery storage systems.

There are a couple reasons.

Batteries can help save A LOT of money on “demand charges” through something called “peak shaving”.

What are “demand charges”?

Utilities don’t just charge for the energy you use. They also charge you for the most energy you use at one time. This is called your peak demand.

Sierra Nevada Sustainability Manager Cheri Chastain drives the point home. In 2016 Sierra Nevada paid more for their demand charges than they paid for the actual electricity.

That’s why in 2017, Sierra Nevada added a 500kw/ 1 MWh battery backup system to their Chico brewery.

Sierra Nevada used their energy storage to reduce demand charges up to 85% by smoothing out their predictable spikes in energy usage.

Batteries also allow a company to go off grid if they’re designed right.

Maui Brewing uses their massive 1.2 MW solar photovoltaic system along with Tesla battery storage to produce 95% of their own energy and be completely grid independent.

That lets Maui Brewing keep on brewing, even if the grid goes down. 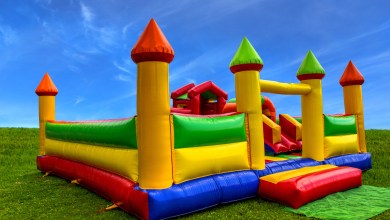 How to Pick the Best Bounce House for Your Party 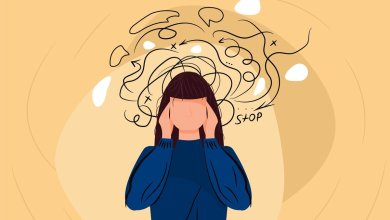 ‘Lockdown changed the tone of the song sung by the birds’