IOS 15 has made face time, messaging and notifications even smarter. Apple unveiled iOS 15 at the company’s manufacturer conference yesterday. This OS update has brought many updates on messages, photos, maps and notifications.

The company has also improved FaceTime and made it more real. The voice of the friend speaking on the call will be very clear and it will also have a noise reduction feature which will allow you to mute any other voice while it is coming.

The company has introduced wide spectrum mode so that its caller can hear all the surrounding sounds. The background can also be blurred by putting portrait mode on the call. It blurs everything except your face.

SharePlay allows users to watch videos even during calls. Similarly, due to the picture-in-picture support, it is possible to do other things on the phone while watching movies. Apple is also going to bring SharePlay API, which will allow SharePlay’s feature to be used by apps like Disney Plus, Hulu, HBO Max, Twitch, TickTack, Paramount Plus. It is also possible to see what is going on in each other’s phones through screen share.

There is also an update in the message so that if a friend sends a photo in the message, it is saved in the album of the device. It only saves Prasgink photos and does not save when screenshots are sent. This is called Share with You feature.

The Share with You feature also works with Apple Music and Apple TV, so that when friends send a song or show, it stays pinned.

IOS lets you turn on focus mode when there are a lot of notifications. You can choose one of the options called Work, Sleep and Personal. Do Not Disturb mode does not allow any notifications. When this mode is turned on, the message informs the user that it is no longer available.

These modes are also available for iPhone, iPad, MacBook and Apple Watch. It also has a live text feature that highlights words in what is being shown on the camera. Text can be copied and pasted from here to the end.

This feature also works for pictures or screenshots that are already on your phone. Live text can also find information such as the address of a picture.

Apple has also introduced a feature called Memories in the OS update that allows users to create AI-built home movies by curating and stitching user photos and videos. Users can also use Apple Music to keep background music.

The video can also have an animated video title. With iOS 15, users will also be able to get hotel keys through the Wallet app. Apple has also managed to bring an identity card in the wallet. Because of this, your driver’s license can also be scanned in the app. 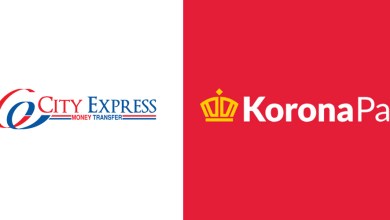