Arm’s most powerful CPU to date is the new Cortex-X2. According to the company, Cortex-X2 delivers up to 16% performance gain and double the speed of machine learning processing compared to its predecessor.

It is the successor to Cortex-X1 used in this year’s flagship chipsets, Qualcomm’s Snapdragon 888 and Samsung’s Exynos 2100. Furthermore, it outperforms the most recent Android flagships by 30% and 2020 mainstream laptop CPUs by 40%. 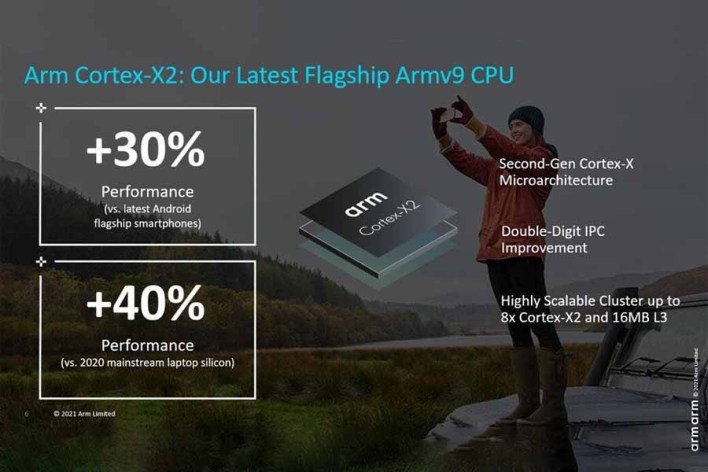 The company is deploying the DynamIQ Shared Unit-110 (DSU-1110) CPU cluster to support up to eight Cortex-X2 cores too. But we doubt any chipmaker will actually implement this. It will also enable larger L3 caches of up to 16MB, which will assist to minimize data latency.

Arm’s next offering is the Cortex-A710, the first Armv9 “big” CPU. This mid-tier CPU will provide a 10% performance boost over Cortex-A78. It also gains 30% better energy efficiency and a twofold boost in machine learning processing.

Next, the Cortex-A510 has a new “LITTLE” high-efficiency core. It is expected to be 35% faster than Cortex-A55, which was first revealed almost four years ago. Furthermore, compared to its predecessor, this is 20% more energy-efficient and 2x faster for machine learning tasks. In addition, the Cortex-A710 and Cortex-A510 also use DSU-110 as the CPU cluster. 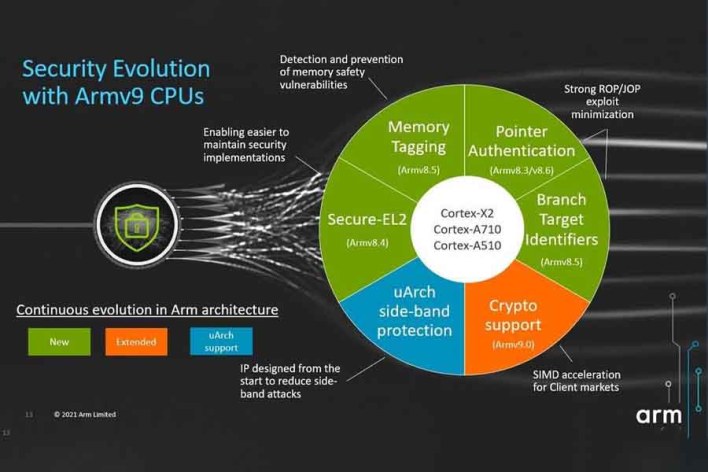 Similarly, all Armv9 CPUs have Secure-EL2, which provides a standard secure isolation method for trusted services. They also feature Crypto instructions in NEON and SVE2 space, as well as speculation barriers with micro-architectural built-in, which helps to mitigate side-channel attacks.

Along with unveiling the new CPU cores, Arm also introduced the new Mali GPUs based on third-gen Valhall architecture. The company’s next flagship GPU is the Mali G710. It provides up to 20% gain in performance and power efficiency, as well as a 35% boost in machine learning over the Mali-G78.

It has a command stream frontend (CSF), which Arm claims help fulfill the requirements of new APIs like Vulkan as well as future mobile gaming content trends.

Moving on, the Mali-G610 is a sub-premium GPU with the same new CSF as the Mali-G710. Similarly, the Mali-G510 GPU is 22% more energy-efficient and boasts a 100% speed gain over its predecessor.

Finally, the Mali-G310 is the new entry in the budget GPU lineup. It outperforms the Mali-G31 by 6x in texturing performance, 4.5x in Vulkan performance, and 2x in Android UI content rendering.

There is no way we will get Armv9 based chipsets this year as chipmakers have already announced their flagship chipset for 2021. However, we will be seeing them in 2022’s flagship Android smartphones.

How to install and Enable Remi Repository in Centos 8 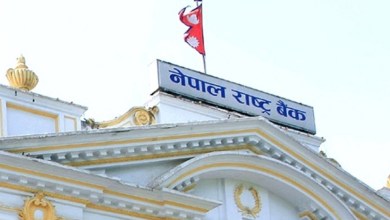 Nepal’s own payment card will be used