As unified license has been delaying for years, Chaudhary Group (CG) is expanding its horizon in the internet service provider (ISP) industry.

According to CG Telecom, a telecommunication subsidiary of CG, they haven’t received a unified license despite competing for legal compliance four years ago. The operators can launch both GSM and CDMA services when they acquire a unified license. With the license, they can launch the latest mobile service (4G/5G) as well.

“While the plans for cellular data is on pause due to license issues, the company will be launching the fiber internet very soon.”, says Madhusudan Paudel, Corporate Communication General Manager of CG.

The company has registered itself as a public limited company. Previously it was operating as CG Communications Pvt. Ltd. Now, its name has been changed to CG Communication Ltd.

The confusion started when CG entered into the telecom sector getting 80 percent stakes of an American Company ‘STM Telecommunication Service’ in 2013.

The company had been running a telephone network and the largest PCO network in various districts in Nepal. As the technology changed with the majority of smartphone penetration, CG applied for a unified license to run the latest mobile network service.

Though Binod Chaudhary, chairman, and president of CG, mentioned in an interview with Reuters on July 1, 2019, about being confident in achieving one third market share in the cellular data in three to four years, the government has not yet issued a unified license to the company.

Various media had reported that NTA denied approving unified license reasoning that the company had failed to do the advance payment. In February 2020, the Former Minister of Communication and Information Technology Gokul Prashad Baskota had said that CG Telecom should pay Rs 20 billion upfront to get the unified license.

Responding to this, Nirvana Chaudhary, managing director of CG, had said that the minister had made wrong claims regarding the amount amid a press conference in the same month.

Chaudhary said that any telecom operator needs to pay Rs 20 billion while renewing their license after 10 years of approval.

“The rule is that all the telecom companies have to pay for the license only after few years of operation,” says Paudel. Till now, CG Telecom has paid Rs 810 million to meet the legal compliance.

Is the license fee the reason?

According to Spectrum Policy 2073 BS (amended), telecom companies get nine years for installment payment of license renewal fee. According to the policy, the company has to pay the full amount in the 10th year of its operation.

Two other telecom companies NTC and Ncell have also been paying the license fee on installment.

Santosh Paudel, the spokesperson of Nepal Telecommunication Authority, says that the license fee is not a reason as CG has to start paying the fee only after receiving the license.

“As the company was using Very-small-aperture terminal (VSAT) technology, the company could not work properly due to technology change.

To issue this challenge, the government made a provision for telecom companies and published it in the National Gazette. The provision was to build a base transceiver station (BTS) in the region where they have the presence to obtain the unified license,” says Santosh Paudel.

“But the company could not install the BTS. So, they did not receive the license at that time,” he adds.

But in 2073 BS, the government changed the provision. According to the new provision, the companies could build the BTS after receiving the license. “The cabinet decided to implement this provision but this decision has not been documented in the National Gazette till now,” NTA Spokesperson shares.

Though the government allowed the company to pay the legal compliance fee for the licensing procedure, the amended provision regarding the license has not yet been recorded formally in the gazette.

“NTA asked the ministry of communications and technology about issuing the license, but we haven’t got any response from the ministry,” he says

CG had already signed an agreement with Huawei Technologies to bring the latest technology in 2019. Similarly, during Nepal Investment Summit 2019, the company had done a strategic partnership with Turkcell, a telecommunication and technology service provider headquartered in Turkey to provide digital services in Nepal.

“Though we have completed all the procedures including clearance of all dues, the government has been holding the license without any reason,” says Paudel. The company is ready to move forward with all the international agreements once they obtain the unified license.

Binod Chaudhary has been sharing that price of CG mobile network would be much affordable, around 50 percent lesser than the rate of existing telecom companies in Nepal.

“Though we can’t figure out the exact date now, we are working to launch it very soon,” says Madhusudan Paudel.

“The infrastructure development progress has reached to the last stage now,” he shares.

Currently, the company is building a data center at Satungal. The company is working on necessary infrastructures. It is in the process of purchasing point-to-point fiber connection, Optical line terminal, and router.

Paudel shares that the CG Net would provide faster internet than other ISP companies in the market.

READ NEXT: SiliconHire: This Legal Tech Company in Nepal Aims to Simplify Legal Services for Everyone 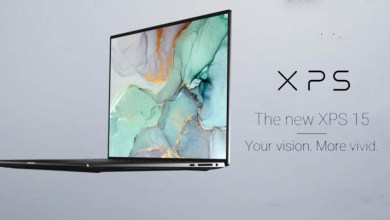 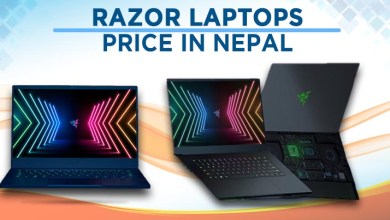