In this review, I will be discussing the Xiaomi Mi 11X, which goes by POCO F3 in the European market, and Redmi K40 in China. It is Xiaomi’s latest premium mid-range smartphone and its price starts from INR 30,000 in India or some 350 Euros in the western market.

So by now, it’s well-established that Xiaomi’s budget and mid-range lineups of smartphones offer great value for money. Recently, I reviewed the POCO X3 Pro and the Redmi Note 10 series, and I would recommend them all without a second thought.

But if you look closely at Xiaomi’s recent strategy, after the Huawei ban, they are aggressively diving into the premium midrange and flagship category—a segment where Huawei’s Nova and P-series used to do so well. And historically speaking, it’s also the very same category where Xiaomi hasn’t found much success. 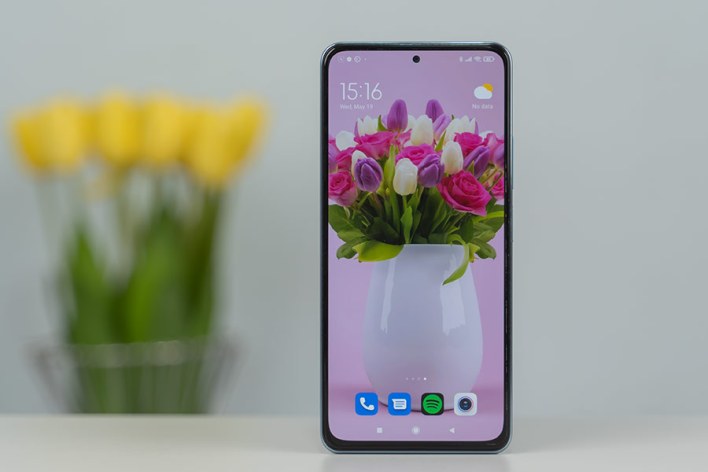 Anyway, I think this is soon going to change with the Mi 11 series, especially thanks to the Mi 11X that I have been using for a week now. It is an excellent overall phone with one big compromise, which could be a deal-breaker for some. But before that, let me first talk about the things that I’ve really liked about this phone.

And the first of many things I like here is most definitely its design. Mi 11X looks quite identical to the Redmi Note 10 Pro series, yet it feels more premium and ergonomic. It doesn’t have sharp edges as the Note 10 Pro. Plus, it is also thinner. But that’s probably because of its smaller 4520mAh battery inside. Thanks to all these, the Mi 11X gives a premium hands-on feel.

So yeah, it is more like a refined version of the Note 10 Pro. At the back, you can see a different camera layout, which has been inspired by the standard Mi 11. I got myself the Celestial Silver color option, which looks stunning. This reflective back glows differently depending on how you look at it and this simply looks gorgeous.

Xiaomi has also included Gorilla Glass 5 protection on both the front and back of the device. However, the side is still made out of plastic. Here, you’ll find a side-mounted fingerprint as well which is a pretty unsettling design choice considering the phone has an AMOLED screen.

Still, it is quite easy to reach and works perfectly fine—although it does struggle when your fingers are wet. Overall, I would say, this is one well-built phone.

Yet, Xiaomi has skipped on a microSD card slot and a 3.5 mm headphone jack with the Mi 11 series, including the Mi 11X. You do get a 3.5mm jack to Type-C dongle inside the box, so it’s not that big of an issue.

Another thing I have liked about the Mi 11X is its awesome screen. It has a 6.67-inch E4 AMOLED panel with support for HDR10+ and 120Hz refresh rate. On paper, it looks similar to the Note 10 Pro Max.

But as soon as I started using the Mi 11X, I realized just how superior its display is. It trumps Note 10 Pro Max’s display by a big margin. Not only does it reproduce better colors and better viewing angles, but the biggest difference you will notice here is how good its touch responsiveness is. 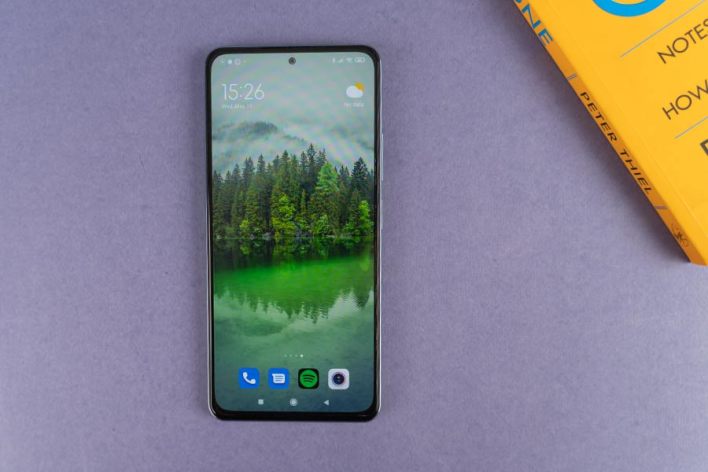 On the contrary, you will notice occasional lags in the UI on cheaper phones like the Redmi Note 10 Pro Max and POCO X3 Pro. But with Mi 11X, it’s as smooth as a phone can get and the heavy MIUI Android skin doesn’t seem to bottleneck the performance either.

The lags are almost non-existent here and therefore, I had a great experience with this phone. And not just that, if you were using a mid-range phone until now and just shifted to the Mi 11X, you will instantly notice how fast apps open, and how effortless multitasking is. 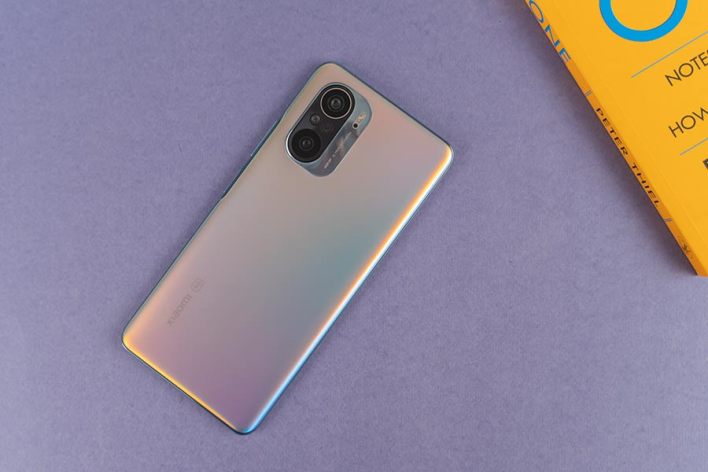 Snapdragon 870 also unlocks great gaming performance. Here, even the most demanding titles like Genshin Impact run smoothly at 60fps at the highest of settings with 86% stability. There were occasions when it stuttered a bit, but not to the point that it ruined the gameplay.

Things do get mildly warm

The phone does get warm at the back with 40 to 45-degree Celsius surface temperature, but I can’t call it a heating issue. Most importantly, it doesn’t throttle the performance and the phone’s temperature cools down very quickly.

Getting to PUBG Mobile, there still isn’t a 90fps mode here yet, but you can enjoy 60fps gameplay at HDR graphics and Extreme frame rate with 100% stability. You can crank up the setting to Ultra HD graphics and Ultra frame rates in favor of better details, but this will bring down the gameplay to just 40 fps.

Other 120fps optimized games like Critical Ops and Shadowgun War Games are playable at 120fps at the highest of settings, so that’s great.

The battery life is also decent on the Mi 11X. It’s not as good as the iPhone 12 Pro Max or the Galaxy M62, but will easily provide you with a day’s worth of endurance under moderate usage. Typically, on my usage pattern, I got around 6 hours of screen-on time, which is similar to what I have achieved with other phones like the Galaxy A52 and Note 10 Pro Max. 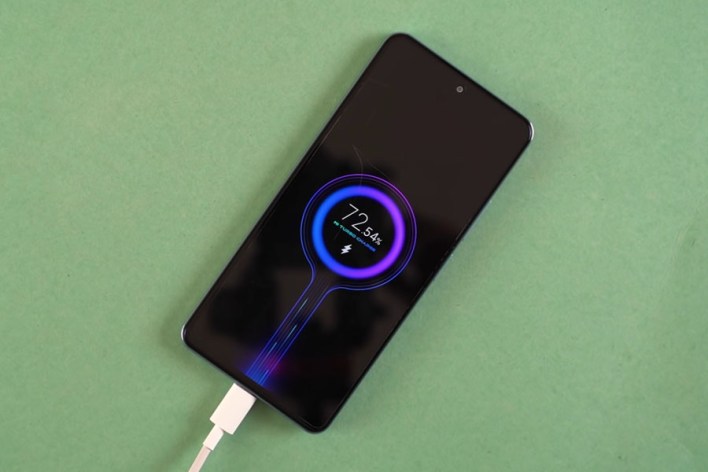 Moreover, to differentiate the phone from cheaper Redmi devices, Xiaomi has also included good haptics and an excellent pair of hybrid stereo speakers here. The vibration motor gives nice, subtle haptics and the speaker is loud with good dynamic range and immersive audio. Additionally, it also has Dolby Atmos support.

With that out of the way, let me talk about that one aspect of the Mi 11X, where the biggest cost-cutting has happened, which is the cameras. Considering the price, its cameras are just average and definitely not a reliable shooter that you would want to take out on a vacation or a wedding—not that that’s going to happen anytime soon, but still.

First off, Xiaomi is particularly not known for great camera optimization, and to make matters worse, they’ve decided to cut corners with the inclusion of a budget Sony IMX582 primary lens, which you can find on cheaper phones like POCO X3 Pro and Redmi Note 10. For this review, I compared the cameras on the Xiaomi Mi 11X with the Galaxy A52.

The end result is not very exhilarating. Compared to the Galaxy A52, which is my current favorite camera phone in the mid-range price segment, the photos from Mi 11X look darker, underexposed, and even struggles with dynamic range.

Similarly, the white balance is also off in some of the images and the contrast levels are higher as well. Because of this, most of the images don’t look lively here. And at times, the Mi 11X’s camera even struggles to differentiate the subject and the background. Ouch!

As the sun goes down, it also struggles to lock focus as you can see from this image here.

The 8MP ultra-wide-angle doesn’t get a good score either as it’s quite similar to the primary lens.

Plus, these images look soft and don’t retain adequate sharpness either.

Portraits are also kind of a hit or a miss here, inconsistent to be precise.

At times, you get good subject focus, blur, and the images look pleasing, while sometimes, it outputs unreal contrast with the subject looking considerably dark.

As expected, during low light conditions too, the A52 delivers better sharpness, details, and overall better shots, while the Mi 11X struggles by a lot.

The dedicated night mode improves the image quality by a lot and if you want to take nighttime photos, I would definitely advise you to take it in this mode.

Despite all these, there are a few things to like about Mi 11X’s cameras.

First, the macro images are pretty good. But to be completely honest, I don’t take that many close-up shots.

Secondly, I like the photos coming from the selfie camera.

It doesn’t have the most natural skin tone, but it’s way better compared to the images from the back cameras.

And lastly, the video ability is pretty decent. EIS works well in 1080P 30fps and 4K 30fps videos with good colors and dynamic range. There isn’t a 4K 60fps while the 1080P 60fps mode lacks stabilization too.

Also, the selfie videos are capped at 1080p 30fps. While these videos look fairly stable and the audio pickup from the microphone isn’t half bad either, I would’ve preferred it to have a wider field of view.

So, to wrap up this review, despite the evident shortcomings in the camera department, I have really-really liked using the Xiaomi Mi 11X. It’s wickedly fast and watching movies with immersive audio has been a pleasing experience as well. During the ongoing lockdown, I’ve managed to complete three seasons of Vikings on this phone. Ha!

But like I said earlier, it is not a perfect phone as its camera performance is nothing but average. And given its relatively premium price tag, I think Xiaomi should have definitely included the 108MP sensor from the Note 10 Pro Max. Still, if you don’t click a lot of photos and prioritize performance more, the Mi 11X makes for a compelling choice. 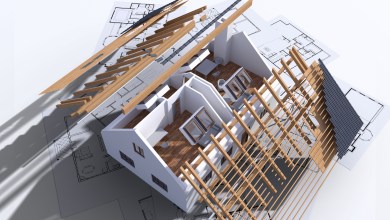 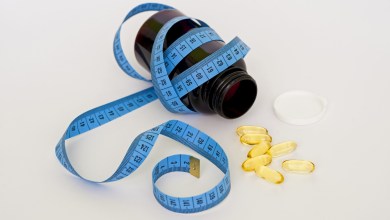 This Is How Your Hormones Affect Your Weight Loss Journey