Terror has spread in the banking sector after the hackers forwarded messages threatening to hack 16 banking systems including Nepal Rastra Bank and steal money.

The hackers had called Nepal Rastra Bank spokesperson Dev Kumar Dhakal and co-spokesperson Nairan Prasad Pokhrel with threats to hack the banks and said that they had also sent an email.

NRB has said that the hackers tried to terrorize the people by spreading rumors. According to NRB co-spokesperson Narayan Pokhrel, the hackers have spread rumors by forwarding messages.

“It’s just a rumor that an email has been sent,” Pokhrel said. “No one has received such an email yet.” He said that the emailed message was only forwarded to different people. The message appears to have been typed into the mailing system.

The hackers called the NRB spokesperson and co-spokesperson. Pokhrel said that he did not pick up the phone when he found out that it was malware.

He received a phone call with a red letter and a red flag. He said he did not pick up the phone as it could have an unknown number and malware.

NRB has started a study in this regard. “Our team has been working since yesterday,” said Pokhrel.

The hacker forwarded the message to Dhakal, Pokhrel and Navil Bank Chief Executive Officer Anil Shah. The email appears to have been created on July 21, 2021 at 3:28 p.m.

The hacker wrote in an email that the above-mentioned banks have to suffer huge losses in 24 hours. Also, the note is not just a rumor, it is not even a joke. 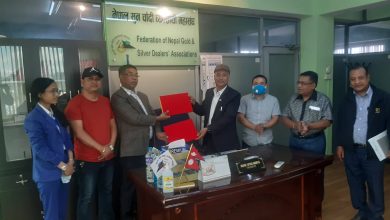 Now the payment of jewelry can be digitalized, agreement between gold and silver traders and Gateway Payment Nepal 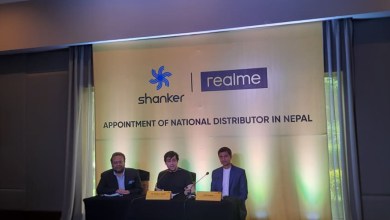