Huawei announced Seeds for the Future Program 2.0 on Thursday. Huawei plans to invest मिल 140 million in digital talent development over the next five years.

The program is expected to benefit more than 3 million people. Huawei hosted the ‘Tech and Sustainability: Everyone’s Included’ forum co-organized by the International Union for Conservation of Nature.

Representatives from Huawei, IUCN, the World Economic Forum, the Carbon Disclosure Project, the Global Enabling Sustainability Initiative and the Singapore Institute of International Affairs attended to discuss the role technology plays in building an inclusive and eco-friendly world.

According to a 2020 report by UNICEF and the International Telecommunication Union (ITU), about 2.2 billion people aged 25 and over still do not have an Internet connection at home.

“Digital skills and literacy are not only the cornerstone of the digital economy, but also the basic human rights defined by the United Nations,” said Liang Hua, chairman of Huawei.

“Today we are announcing Huawei’s Seeds for the Future Program 2.0. As part of our commitment to continuing to develop talent, we will invest १५ 150 million in this program over the next five years, ‘he said,’ helping college students and young people improve their digital skills. ‘

Huawei is committed to helping develop digital talent in the countries where it operates. Huawei launched scholarship programs, technology competitions and digital skills trainings in 2008 and has invested more than मिल 150 million to launch such programs. Huawei has benefited more than 1.54 million people in more than 150 countries.

Launched in 2008 in Thailand, the Seeds for the Future program is designed to inspire local talent and encourage the seeds of society to face digital challenges in society. The program has benefited more than 5,000 students in the Asia-Pacific region.

In response to the forum, Huawei Asia Pacific conducted the APAC Media Virtual Roundtable Laser Focus with a focus on digital inclusion and sustainable development in the region.

Huawei Asia-Pacific Federation Vice President Jay Chen announced plans to generate more than 40,000 ICT talents over the next five years through a variety of programs, including Seeds for the Future, for the region’s future.

‘Digital talent in the digital economy has been playing a key role in digital transformation and economic growth,’ says Chen, ‘access to education is critical to creating opportunities to support sustainable and equitable development. Due to the epidemic, we are moving the program online and opening it to more excellent students than ever before. ‘

In the Asia-Pacific region, Huawei has been a strong advocate for building an inclusive talent ecosystem. Huawei Asian Academy has been launched in Thailand, Malaysia and Indonesia since 2019 and is preparing more than 100,000 talents for the digital future.

In the midst of the epidemic, according to J. Chen, ‘cooperation with top universities is happening at a rapid pace. To date, Huawei has partnered with more than 200 universities across the Asia-Pacific region.

Climate change and environmental issues are becoming global challenges. Although carbon emissions have declined compared to last year due to the economic downturn and global recession, emissions are accelerating again as the economy reopens. Transforming into a cyclical economy and achieving sustainable development is now a common goal for all countries.

Liang says green and sustainable development is a priority for global economies. According to him, Huawei is using its extensive experience in power electronics and energy storage with technical expertise in FiveG, Cloud and AI to develop its digital power business and provide digital energy solutions for various industries.

According to Bruce Lee, Managing Director of Huawei Asia-Pacific Enterprise Digital Power Business, with 13,312 solar panels, 40 inverters and more than 30,000 floats, the five-hectare sea-based solar plant is estimated to generate 6,022,500 kilowatts of energy per year. Is

The island will supply enough electricity for 1,250 four-room public housing flats and offset an estimated 4,258 tons of carbon dioxide.

“By working together, countries can fulfill their sustainable commitments to mutual assistance. There are many areas where digital technology can help, such as enabling transparent and certified carbon markets.

Singapore’s public and private sectors have expressed interest in working with their neighbors on climate change, ‘said SIIA President Associate Professor Simon Telle at the forum. 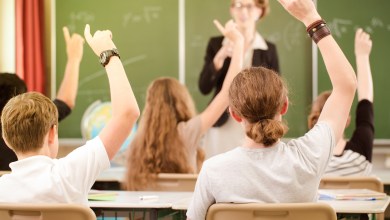 Private School vs Charter School: What’s the Difference and Which Is Better? 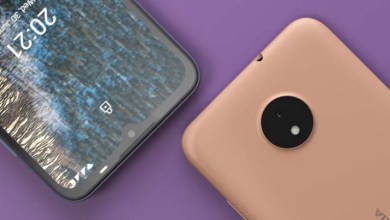