In one way or another, iPods revolutionized the way people listen to music. Many even regard it as the “Walkman of the 21st century”. Along with iTunes, it even helped the music industry get to where it is today. There have been over two dozen iPod models since the product debuted back in 2001. However, updating the lineup has not been Apple’s topmost priority recently, with the last one to have launched in 2019. However, the latest rumors suggest that a new iPod Touch (2021) is on its way and it could debut with a major redesign.

The latest rumors come from Steve Moser who posted some renders of the upcoming iPod Touch 2021 via his Twitter handle. The renders were prepared by @Apple_Tomorrow based on the information received by @AppleLe257. The renders reveal an iPod with an iPhone 12-like design.

iPod Touch (2021) looks a lot like the iPhone 12 with flat edges and rounded curves. It has also gotten rid of the bottom chin and top bezel. There is no space for a Home button either. Looking at the renders, the display extends from edge to edge, but we are expecting a notch-like structure to house the Face ID mechanism.

At the back, there is a left-aligned camera bump. It looks similar to the ones found in the previous models of iPod Touch. The back panel has the iconic Apple logo and the device will be available in multiple colors.

Here, the 2019 iPod Touch model featured a 4-inch screen but its successor is likely to have a bigger 5.4-inch display. Thus, it could be as big as the latest iPhone 12 mini dimension-wise. If the previous iPod Touch models are any indication, the upcoming model will come with an older generation Apple Bionic chipset. As a music player, we also expect it to retain the 3.5mm headphone jack.

A year of redesigns

This year, we saw Apple making design changes to the iMac lineup after years of sticking to the same design. Similar will be the case with Apple Watch Series 7 if the leaks from John Prosser turn out to be true. Add this new iPod Touch design to the mix, it looks like Apple has been focusing a lot on how its products look these days.

Apple’s iPod Touch 2021 is all rumors for now. And it might not even turn out to be a real product. However, according to Moser, the company added “iPod Touch” to its Apple Music PR blurb in November 2020 which could be an indication of the arrival of the new model.

How to Install Google Chrome Web Browser on CentOS 8 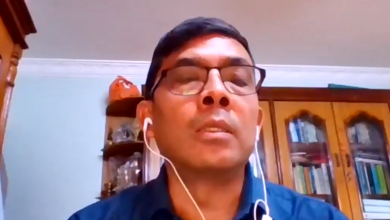 The government has given priority to digitization. The best