Samsung unveiled its latest premium mid-range phones, the Galaxy A52 and A72 about a month ago. Featuring a new design language and loads of new feature additions, both phones are some of the best in their price range. Here, the A72 is the more expensive of the two and we’ve already published our initial impression of the phone. After having used the device for longer, has anything changed? Let’s find that out in this review of the Samsung Galaxy A72.

Like I said in my initial impression, I’m really fond of A72’s design. More specifically, the color options are fantastic this time around. Even though the phone doesn’t have a glass body, it doesn’t feel any less premium in the hand. Plus, Samsung has moved away from the glossy finish in its predecessor to a matte finish instead.

Besides offering a really good hands-on feel, this material is immune to fingerprint smudges as well. More importantly, the Galaxy A72 also boasts IP67 dust and water resistance. Getting a feature that’s usually reserved for the flagship smartphones on one that costs almost half as much is something to get excited by.

Likewise, despite weighing a little over 200 grams, I didn’t find the phone to be uncomfortable to hold since it has a balanced weight distribution. Still, since A72 has a plastic back, it will get scuffs, scratches over time. So if you’re planning on buying this phone, I strongly advise on getting a decent protective case as well.

On top of the build quality, the next thing I like about the Galaxy A72 is its display. Well, I guess nobody’s surprised with this seeing how Samsung has always managed to deliver excellent displays on its smartphones. Here, you’re greeted with a big 6.7-inch FHD Super AMOLED panel. And this is a top-notch screen to look at. Moreover, the centered punch-hole cutout is pretty minimal too.

Pair this with the stereo speaker setup, content consumption on A72 is absolutely breathtaking. As a result, if your usage pattern mostly revolves around watching videos, scrolling through social media apps, then this is a good option. 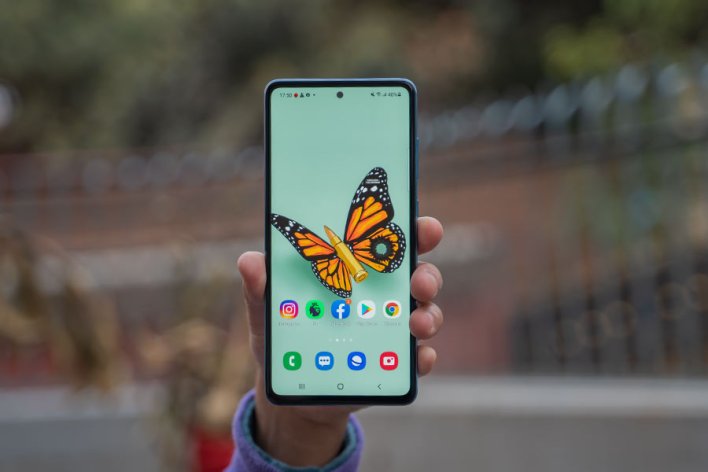 Additionally, Samsung has also nabbed SGS Low Blue Light certification on this phone. That basically promises a non-fatiguing viewing experience when staring at the A72’s big screen for hours. Like the IP67 certification I mentioned earlier, this is another such feature that Samsung has directly borrowed here from its high-end smartphones.

On top of all this, Galaxy A72’s display also refreshes at 90Hz. Even though it’s not as smooth as 120Hz screens found in phones like the Redmi Note 10 Pro series, you will notice the smoothness well enough when browsing through the UI or scrolling the news feed. Contrary to the jittery 120Hz refresh rate experience on the POCO X3 despite being powered by Snapdragon 732G, Samsung’s software optimization has made sure that’s not the case here.

Moving on, A72 brags a pretty mean and capable camera setup too. While most other mid-range, premium mid-range phones feature a gimmicky quad-camera setup, Samsung has avoided that scandal. You get a 64MP primary camera alongside a 12MP ultra-wide, a 5MP macro, and an 8MP telephoto lens capable of taking 3x optically zoomed shots.

With this, Galaxy A72 is the first phone under the company’s “A” series to equip a dedicated zoom lens. At a time when almost no other brands provide a telephoto camera in their phones that cost as much as A72, Samsung has upped the game.

It can shoot 3x optical or up to 30x digital zoom photos. But I found that A72’s telephoto images looked the best up to 10x only.

Moving on, the images from the primary lens and the ultrawide camera are excellent as well.

There’s enough detail to enjoy and I can’t complain about their dynamic range either. As always, Samsung’s color optimization is on-point here too.

Additionally, the macro images aren’t all that bad either. The fixed focus does complicate things when taking close-up shots but with enough patience, you might be able to take shot good macro photos.

To my disappointment, the Galaxy A72 doesn’t shoot portraits from the telephoto camera. The edge detection from the primary 64MP sensor could’ve been better but the skin tone and background blue are fantastic regardless.

But I’m hopeful that Samsung will push an update enabling portraits from the 3x zoom lens seeing how the Galaxy S21 Ultra recently received an update for the same.

Similarly, the selfies from the 32MP sensor win out in terms of the color tone and dynamic range as well.

Thanks to OIS, the Galaxy A72’s nighttime photos turn out quite good. It is able to deliver photos with nice exposure and details.

Turning on the night mode, you’ll notice even more details with the photos looking a bit brighter too.

Besides this, the biggest plus point of the phone is most definitely its aforementioned OIS (Optical Image Stabilization). As a result, you’ll be able to shoot stable videos that’ll look way better compared to the ones from phones with just EIS (Electronic Image Stabilization).

Apart from the terrific cameras, the next thing I like about the Galaxy A72 is its battery life. Packing a big 5000mAh battery inside, the phone usually lasted me for about a day and a half. This could mainly be because of a 90Hz refresh rate instead of 120Hz and the use of an energy-efficient 8nm processor. 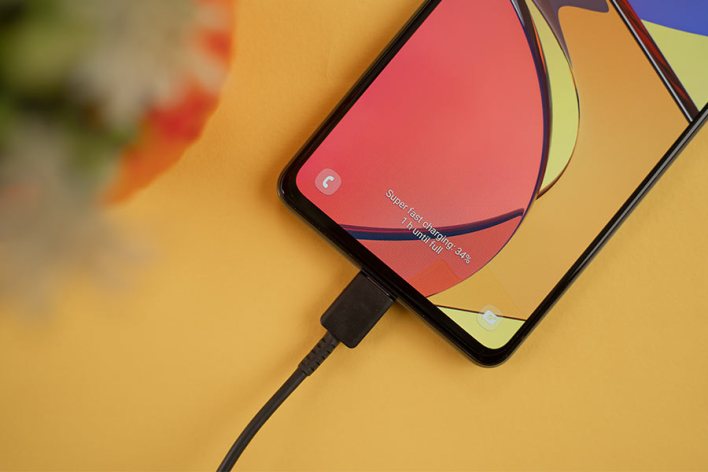 Even under heavy usage, I was able to get a day’s endurance, at least. Now, that doesn’t compare to the monstrous 7000mAh battery on Samsung’s own Galaxy M62 but I can’t complain about this either. Furthermore, you get a 25W fast charger inside the box itself even though the company was greedy enough to ship the Galaxy A52 with a 15W power brick.

Using the 25W USB PD charger, A72 goes from 0 to 100% in about 1 hour and 20 minutes. What’s more, you can even use this charger to juice up your PD-compliant devices like laptops or iPad.

Aside from the top-notch design, display, and cameras, Galaxy A72 is complemented by a well-optimized and visually appealing One UI Android skin. Out-of-the-box, it runs on One UI 3.1 based on the latest Android 11. In addition, Samsung also promises at least 3 generations of Android upgrades and 4 years of security updates on this phone—something no Chinese smartphone companies offer.

Having said that, the actual performance side of things on A72 leaves things to be desired. First off, the Snapdragon 720G isn’t a deserving chipset on a phone that costs over Rs. 50,000. 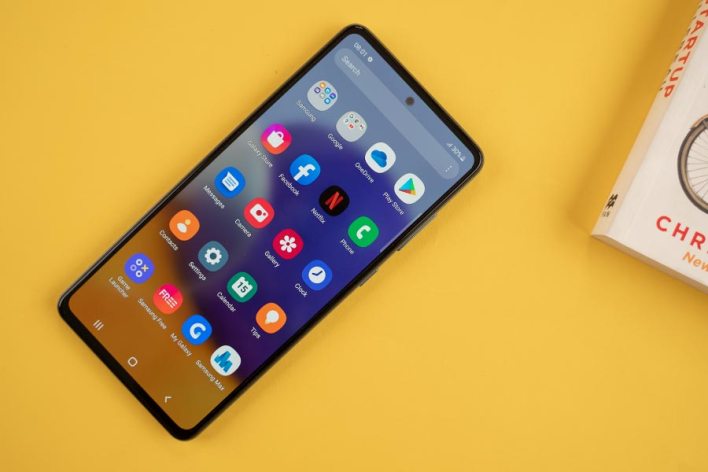 Despite all the optimization Samsung has done, the fact that 720G is available in phones that cost almost half as much, like the Redmi Note 9 Pro, speaks volumes. Plus, the same chipset can be found in Galaxy A52 that costs like Rs. 10,000 less.

Maybe if the company had gone with relatively more capable silicon like the Snapdragon 765G or the new Snapdragon 860, we wouldn’t be having this conversation in the first place. As a result, A72 is just not that powerful a phone. And if gaming’s your priority, you’re better off looking at its alternatives.

Moreover, its optical in-display fingerprint scanner isn’t as fast as the ones in the competition like the Realme X7 Pro either. By the way, we’ve already posted our detailed comparison of Galaxy A72 with the X7 Pro so if you’d want to check that out, click here. Yet, you can speed up the unlock speed by turning off the animation.

So that was it for our review of the Samsung Galaxy A72. Like I just said, things would’ve been so simpler if the phone had a better chipset. But unfortunately, that’s not the case. Because of this, the phone struggles to differentiate itself from Samsung’s own Galaxy A52 since the latter packs an eerily similar set of specs. From display, performance, to the primary and ultrawide cameras, things are neck-and-neck between the two phones. 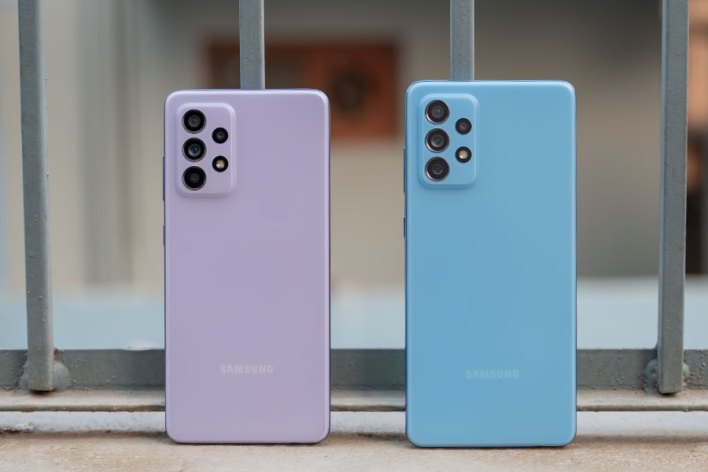 It’s just that you get a larger display, a bigger battery, and a 3x telephoto lens here. And for this, Samsung is asking Rs. 10K more which makes me believe that A52 is a better value for money by a long shot. Still, if you want a big smartphone experience mostly for multimedia consumption, Galaxy A72 is a decent choice in the Nepali market.

That’s mainly because the competing phones from brands like Vivo and Oppo‘s offerings are quite overpriced and therefore don’t compete against A72. Plus, even though Xiaomi has compelling phones in its arsenal like the POCO F3 or the Redmi K40, those aren’t available here. Therefore, if you’re looking to buy a decent phone under 50K, Samsung’s Galaxy A72 is the best phone—love it or hate it. 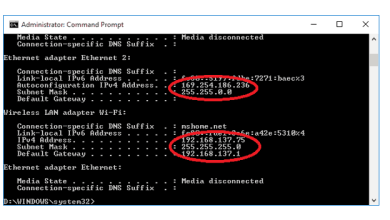