After all the teasers, Redmi has finally pulled the curtains off the Redmi Note 10 series. Their Indian and the global variant were launched on the same day with few hours of difference in-between. We have already covered the vanilla Redmi Note 10 and the Pro Max in our previous posts. Here, we will be taking a look at the specs, features, expected price, and availability of the Redmi Note 10 Pro in Nepal.

Before moving forward, I’d like to mention that the Global and Indian variants of the device differ in the camera specs. The one being discussed here is the Indian variant as it is most likely to make its way into the Nepali market.

The main talking point of this year’s Note series has been the display and design. This is the first time Redmi did not opt for an IPS LCD screen. And the best part is that users don’t have to choose between a higher refresh and AMOLED panel as you get both of them in the Redmi Note 10 Pro. You read that right – the 120Hz Super AMOLED panel is not exclusive to the Pro Max Model. You get the exact 6.67-inch FHD+ panel on the Pro model. The display covers 100% of the DCI P3 color profile and can play HDR10 content. It has a peak brightness of 1200 nits. 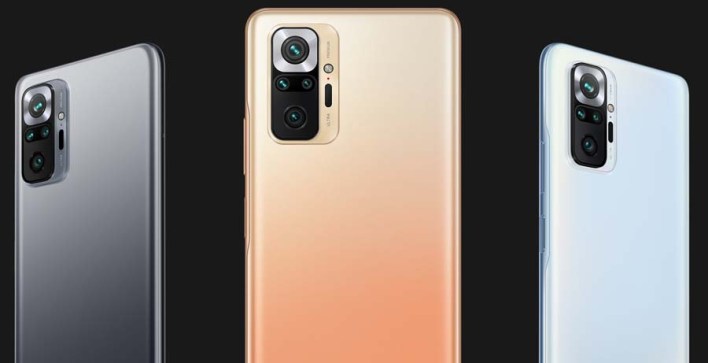 Redmi has also altered the look of the phone. The company calls it “Evol. design”. It incorporates a new camera bump that is now on the top left corner. At just 192 grams, the phone is actually lighter than its predecessor. It is also thinner with a thickness of just 8.1mm.

You can choose between three gradient finishes – Vintage Bronze, Glacial Blue, and Dark Night. The Vintage Bronze and Glacial Blue feature a frosted glass back. There is Corning Gorilla Glass 5 protection on the front and the back of the device. However, Redmi has not clearly specified the material used on the Dark Night.

Likewise, Redmi Note 10 Pro is powered by Snapdragon 732G chipset which we can find on the popular Poco X3. This chipset was launched last year as a successor to the 730g. When compared to its predecessor, the 732G has an overclocked Prime Core (470 Kryo @ 2.3GHz) and 15% better graphics performance. Nevertheless, it is an upgrade over the 720G found in last year’s Note 9 Pro. The biggest shortcoming here is the lack of 5G connectivity.

The device comes in two RAM variants – 6GB and 8GB. Both of them are complemented by 128GB of UFS 2.2 internal storage. There is also a 64GB variant that is exclusive to the 6GB variant.

Moving on, Note 10 Pro flaunts a quad-camera setup at the back. The setup is led by the 64MP Samsung GW3 sensor. This sensor makes use of the 4-in-1 pixel binning technique and has a 6P lens with an f/1.9 aperture. It is accompanied by an 8MP ultra-wide camera with a 118-degree Field of View. Completing the setup is a 5MP super macro sensor and a 2MP depth sensor. Users can record 4K 30 fps videos with the Note 10 Pro. Similarly, the device supports 720P slow motion recording up to 960 fps. 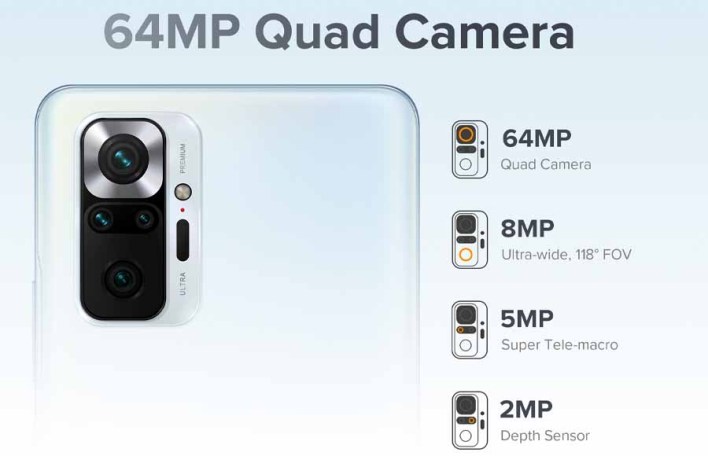 On the front, there is a 16MP selfie camera capable of recording 1080P videos at 30 fps. It also has a handful of interesting features like Night Mode, Panorama, Short Video, Slow motion, and time-lapse videos.

Fueling the device is a 5,020mAh battery that supports charging speeds of up to 33W. Redmi even includes a 33W fast charger inside the box. The Type-C port on the Note 10 Pro also supports reverse charging. There is a side-mounted fingerprint scanner for biometrics. Also, the device has an IP53 certification against dust and water. Other features include Hi-Res certified dual stereo speakers, and a Z-Axis vibration motor. 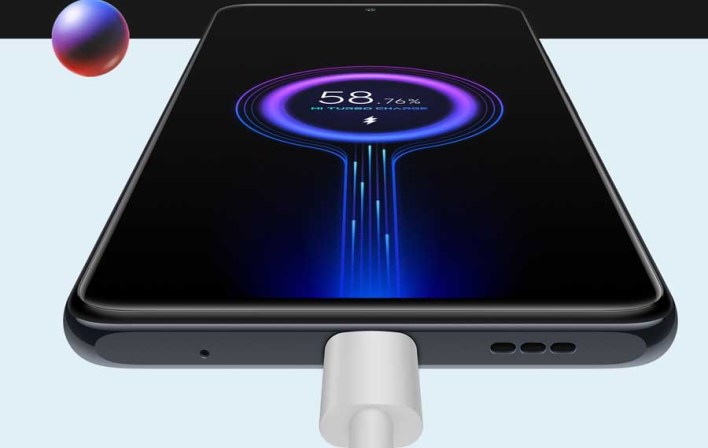 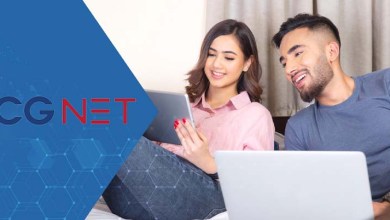 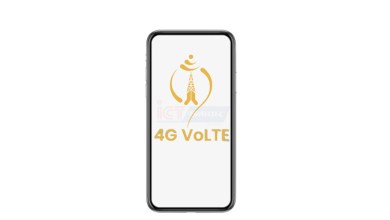 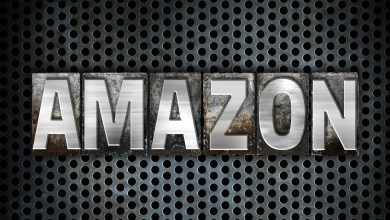 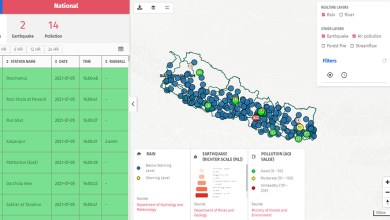