Samsung’s annual update to its budget and mid-range phones is underway. And the Galaxy M12 that I have with me is the successor to last year’s disappointing Galaxy M11. From its display, performance to practically every other aspect besides battery, that phone under-performed. So, has Samsung turned things around with the M12? Let’s find out in this review of the Samsung Galaxy M12.

While the Galaxy M11 had a pretty basic design (even for a budget phone), Samsung has made amends here. The Galaxy M12 features a new textured rear panel that looks refreshing, to say the least. Here, its bottom quarter goes for a smooth finish which ultimately makes for a striking design. With all this, the phone feels quite nice on the hand. Plus, it doesn’t attract many smudges or fingerprints either. 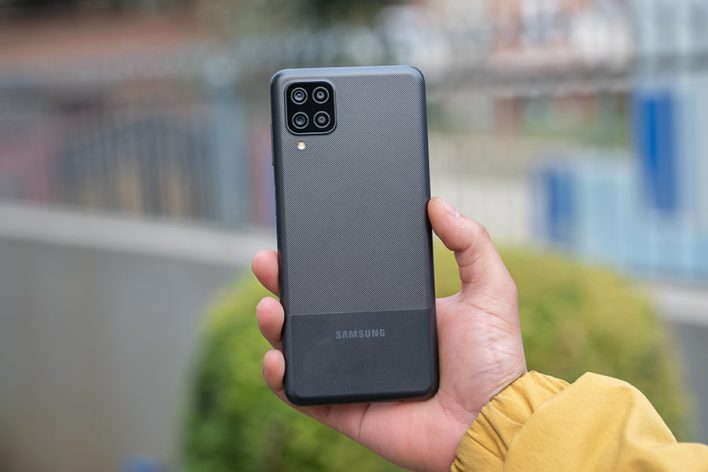 The weight distribution is fairly well balanced so you’ll have no trouble holding the phone for a long time. Having said that, if you’re used to lightweight smartphones, one will take some getting used to. Weighing 221 grams, you’ll definitely feel Galaxy M12 in your pocket. But because of its ergonomic design, as I mentioned earlier, the phone’s easy on the hand.

Moving on, the rear-mounted fingerprint sensor of the M11 has been shifted to the side which adds to the redesigned aesthetics. And I’m honestly pretty surprised at how fast it is. It doesn’t let you scroll the notification center but for its core purpose, Samsung has hit the bull’s eye here.

The only thing that bothers me with this design is how disproportionately the LED flash is laid out. Simply enclosing inside the camera module itself would’ve looked more visually pleasing. Anyway, the volume rockers click well and require a little struggle to get to. The left frame stays mostly clean except for the SIM tray while you’ll find the headphone jack, USB Type-C port, and the solitary speaker grille on the bottom.

Moving on to the display, things don’t look that good on Galaxy M12—quite literally. It’s still a PLS LCD screen with an HD+ resolution so I didn’t have high expectations going into the review of the Samsung Galaxy M12. Feels like the company could’ve given an AMOLED screen here, so this compromise is really saddening.

Moreover, the company also decided to shift from the modern punch-hole cutout to an Infinity-V design. Weird. Had Samsung gone for an FHD display or an AMOLED panel, this move would’ve been understandable but at this point, it just feels like the company is being unnecessarily withholding.

And the bigger question is whether it can afford to make such cutbacks at a time when its direct competitors like Xiaomi are offering sharper FHD display at a similar price-point. Still, this 6.5” screen isn’t entirely terrible to look at. That’s major thanks to the 90Hz smoothness as well. 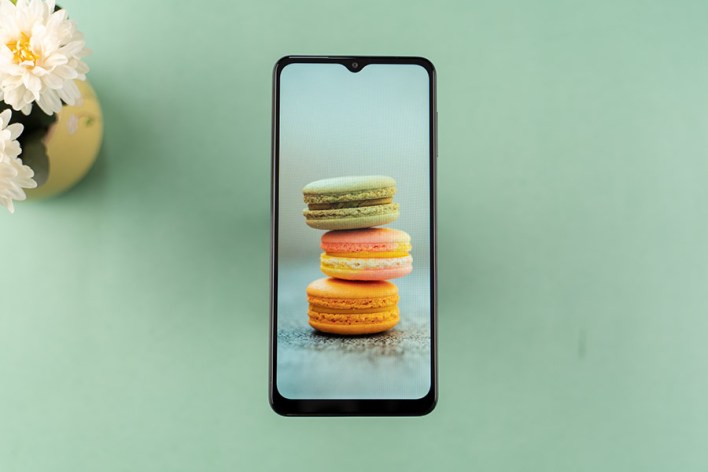 The viewing angles are decent and it can get fairly bright enough as well, although the former could’ve used a little work. As expected, the colors look muted but that’s pretty common for an LCD screen on budget phones. Galaxy M12’s system-wide dark mode is pretty well-implemented and somehow adds a certain value to this otherwise mediocre screen.

Even though it only has an HD resolution, I couldn’t notice any sort of pixelation issue and for the most part, the content on the display looks pretty sharp. All in all, while the Galaxy M12 doesn’t host a particularly bad display, there’s certainly some room for improvement.

In terms of performance, Samsung has turned into the in-house Exynos 850 on this phone. It is an efficiency-focused chipset that features eight Cortex-A55 cores which we know can’t deliver much in terms of sheer power. However, because it is manufactured under an 8nm process, you won’t find more energy-efficient silicon on other similarly priced phones.

Still, while you will struggle to drain the phone’s battery, don’t expect top-tier performance on the Galaxy M12 relative to Helio G-series powered phones. Let’s take a look at some benchmarks scores compared to POCO M2 powered by Helio G80:

The results speak for themselves, don’t they? To cope with the fairly underpowered silicon, Samsung has installed One UI Core here instead of the full-fledged One UI. This is nothing of a dealbreaker but it does lack a few features like Secure Folder. But more importantly, it runs on One UI Core 3.1 based on Android 11 out-of-the-box which should be a lesson to all OEMs who are still shipping their phones with Android 10-based OS skin. Looking at you, Realme.

Here, Galaxy M12 handles lightweight apps pretty well and that’s including some multitasking too. In terms of memory, the phone is available in 3, 4, or 6GB of RAM and up to 128GB storage. 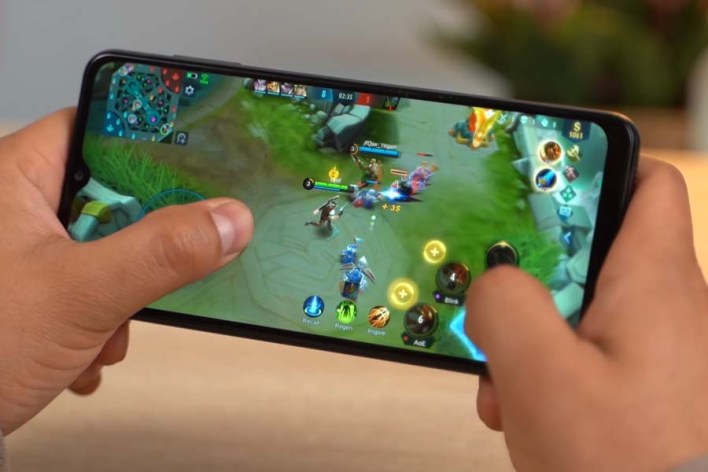 But the more important thing here is that even after about 40 minutes of gaming, the phone doesn’t heat up that bad. Moving on, other relatively less demanding games like Mobile Legends, Clash Royale, and Injustice 2 are smooth enough to be playable.

Asphalt 9 is surprisingly unplayable at High-Quality settings but the performance mode shifts gears back to normal. Oh, by the way, Samsung’s similarly-priced Galaxy A12 is almost identical to the M12 but is powered by an even inferior Helio P35 SoC. Really unsure about this decision, to be honest.

Galaxy M12’s cameras, on the other hand, are pretty good. It boasts a 48MP primary lens followed by a 5MP ultra-wide, a 2MP depth, and a 2MP macro sensor. Upfront, you get an 8MP selfie shooter inside the aforementioned Infinity-V notch. To reach a verdict about the quality of the cameras of Samsung Galaxy M12 for this review, I compared it against the Redmi 9 Power that has a similar camera setup.

Starting with the normal images, M12 can produce comparatively better-looking shots under a well-lit environment.

It retains excellent details while the colors are close-to-natural. On the other hand, photos from Redmi 9 Power tend to look a little washed out and lacking in terms of dynamic range.

On the contrary, wideangle shots, however, aren’t that good on the M12 as its 5MP images have low details and sharpness.

On the other hand, the Redmi 9 Power can deliver slightly better-looking shots in terms of details. Still, they are slightly over-saturated and have a narrower field of view.

In terms of portrait images, once again, the Galaxy M12 comes off victorious. Edge-detection is similar on both phones but the M12 handles exposure way better.

Having said that, on certain occasions, we can clearly notice Redmi 9 Power struggling to distinguish the subject from the background. Also, subjects look slightly yellowish here while the overall shot turns out a-bit over-sharpened and bluish.

Here, the macro shots aren’t worth discussing much as both phones are defeated on this front.

On certain occasions, the Galaxy M12 fails to shoot somewhat natural-looking colors while the Redmi 9 Power does the same in other instances.

Moving on, selfies from the Galaxy M12 look way better too.

From the subject’s skin tone, details, to maintaining background exposure, photos come out a little better on the M12.

It’s the same in terms of portrait selfies as well.

Nighttime shots from this phone aren’t that great though. It particularly struggles in terms of lens flare when there’s a direct light source in the frame.

More importantly, there’s no dedicated night mode either. As a result, photos taken in a dimly-lit environment are grainy and lacking in terms of detail.

When it comes to videos, the Galaxy M12 is locked up to 1080p/30fps from both front and back cameras. There’s no form of stabilization either so the recordings are strictly average.

Apart from great cameras, the Samsung Galaxy M12 is an absolute beast in terms of battery life. Featuring a massive 6000mAh cell, even under heavy load with multiple hours of gaming, I was able to get more than 9 hours of screen-on-time. 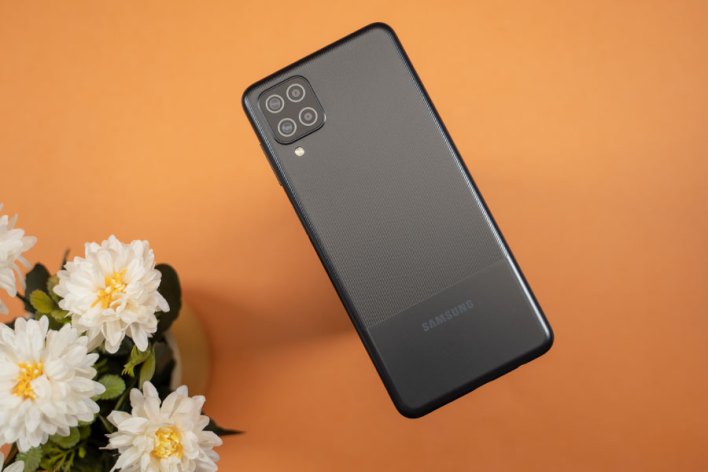 That easily makes this a 2-day phone to those with a less demanding usage pattern. But juicing up this battery with the 15W charger easily takes around 3 hours to get it from 0 to 100%.

If you intend to primarily use Galaxy M12 for content consumption, its audio performance won’t necessarily disappoint either. The single bottom-firing speaker gets loud enough although there’s not much to talk about in terms of details. Plus, it also supports Dolby Audio, but only when you have a wired/wireless earphone connected.

To conclude this review, the Samsung Galaxy M12 is a decent upgrade over the M11. The company has worked on improving the design while providing better cameras, performance, and battery life as well. Still, this phone is haunted by Samsung’s familiar ghost—lack of an exemplary level of performance.

As a result, the M12 is just not a perfect budget phone that you would hope for. Its display and performance aren’t as good as the competition. But again, you do get better camera performance and software support. So, unlike the Galaxy M11 from last year, I would recommend this phone to certain users. 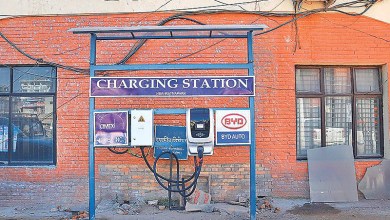 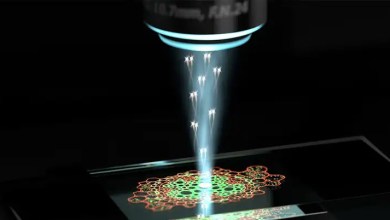