Tecno has been launching quite a few smartphones in Nepal. From budget to mid-range, they have a fair amount of phones. To add some power to their lineup, Tecno has launched Tecno Pova in Nepal.

Tecno Pova price in Nepal is Rs. 20,490 for the 6/128GB variant. It is available via various authorized retailers across the country.

Tecno Pova was introduced in October 2020. It will be Tecno’s latest addition after the launch of Purvoir 4 Pro.

Pova looks like a budget mid-ranger as it boasts an Helio G80 chipset and an HD+ display. Let’s see what else it has on offer!

Tecno Pova has a glossy back with a gradient finish. It is using a polycarbonate body with a polycarbonate frame. The rear camera module is rectangular with a similar design to that of Samsung phones. On the front, it has a hole-punch in the top left corner. This is the same chipset used on the likes of Redmi 9 and Poco M2. It’s a budget gaming chipset capable of running heavy games. Coupled with its HD+ display, the performance should be good.

In terms of camera, Pova has a quad-camera setup on the rear. It has a 13MP main sensor, 2MP depth sensor, 2MP macro sensor, and an AI lens. On the front, it has a single 8MP sensor for selfies.

As for the battery, it packs a 6000 mAh battery along with 18W fast charging.

It should be able to last more than a day with a 6000 mAh battery but the charging time should be more than 2 and a half hours.

Tecno Pova price in Nepal is Rs. 20,490 for 6/128GB variant. It is available to buy via authorized Tecno resellers across the country.

Tecno Pova has a good chipset with a quad-camera setup, and it has trendy looks as well. Well, its HiOS is not familiar though. This phone has somewhat similar specifications to the likes of the Redmi 9.

5 Customer Relationship Management Mistakes and How to Avoid Them 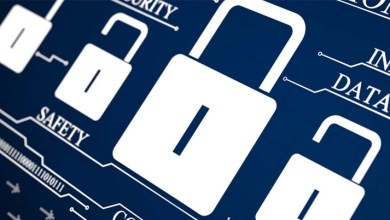