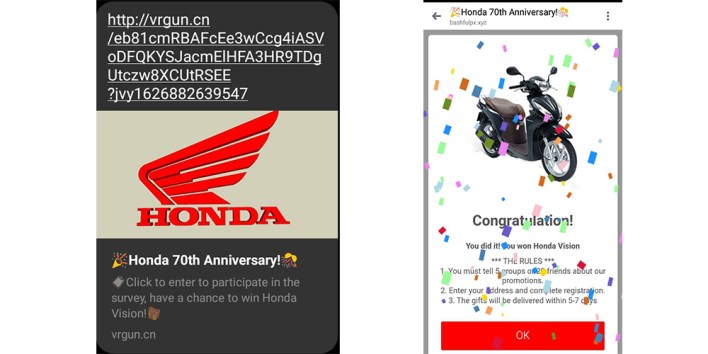 In a statement issued on Thursday, Honda said it was aware of the “Honda 70th Anniversary” scam on social media and did not launch such a campaign.

The scam was reported on Facebook by Honda Nepal. Honda Nepal has also requested not to click on the scam link.

If you also come across Honda Anniversary and any other suspicious phishing links, don’t click. You could be the victim of a cyber attack. 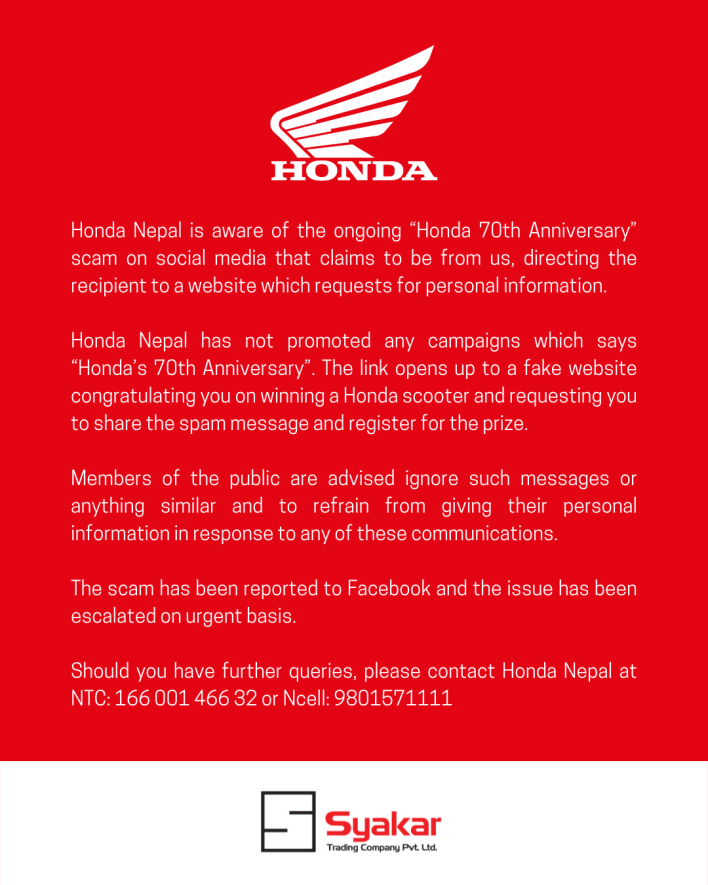 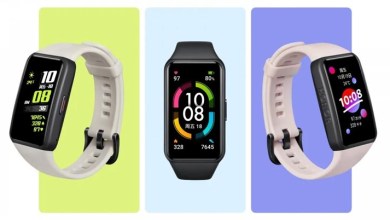 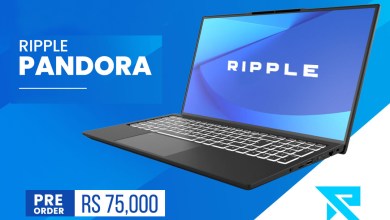 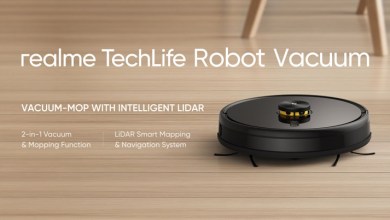 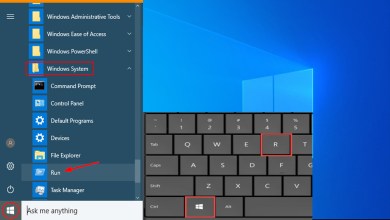 Use these ‘run commands’ in Windows, which will make the computer even easier to operate