The internet is one of the most impressive advancements of the era, and there’s little wonder why. People worldwide leverage the internet every day for work, entertainment, social connections, and much more. With so many people dependent on the internet, it’s only natural to wonder how it works.

What is Satellite Internet?

How Does Satellite Internet Work?

Satellite internet works by transferring information between satellite dishes on the ground and satellites orbiting many miles above the equator. In simple terms, satellites receive and transmit data between a network operations center (NOC) connected to the internet through land-based systems and your home or business.

All downstream and upstream transmissions made from a satellite dish to satellites must flow through the NOC to access the internet. However, this is a simplified explanation, so let’s take a closer look at the five-part satellite relay process.

An internet-ready device is any device that has the capability of sending and receiving data via the internet, either wirelessly or through a wired connection. There are legion internet-ready devices, such as computers, tablets, smartphones, gaming platforms, smart TVs, smartwatches, and so much more.

When you utilize an internet-ready device, it sends and receives data through a nearby router or modem. These devices translate data to move between it and an internet connection, such as a satellite dish. Devices can connect to a modem or router via WiFi or via ethernet cables.

While wires can be a bit of a hassle for some people in this typically-wireless age of technology, they can offer a faster, more stable internet connection than WiFi. But wireless connections are much more convenient, as you can access the internet from anywhere within range of your wireless router.

The next step for satellite internet connectivity is a satellite dish. These dishes must be precisely oriented to properly beam signals to and from satellites to ensure a strong and stable connection. Typically, certified technicians from an ISP will install your satellite dish to ensure proper placement.

Satellites hover above the equator and maintain geosynchronous orbit to ensure that internet signal relays remain consistent. Most internet satellites, such as those launched by Viasat and HughesNet, are currently located hundreds of miles above the earth’s surface. However, Starlink has been launching next-generation satellites into low earth orbit (LEO) over the past several years. These particular satellites are now orbiting the planet at approximately 100 miles above the Earth’s surface.

Whenever anyone requests information from the internet, the data they request is uploaded through a relay and beamed from a satellite to the NOC. This occurs whether you’re streaming a show on Netflix, following a link attached to an email, or even opening a social media platform like Facebook or Twitter.

The NOC utilizes a substantial satellite dish to send and receive information–a dish much larger than the dish attached to your home. The NOC is a gateway between your satellite connection an internet backbone, and the last step in your overall satellite internet connection.

Because the signal has to travel so far, it’s normal to occasionally experience more lag or latency when using satellite internet than DSL or cable internet. However, technological advancements in satellite internet have drastically reduced latency.

HughesNet satellite internet is relatively limited in terms of available plans. Each plan provides the same speeds–25 Mbps download, and 3 Mbps upload – with the only difference being the monthly data allowance or data cap. Their smallest plan includes 15 GB of data for $64.99 per month, while their most extensive plan provides up to 75 GB of data for $159 per month.

Starlink is one of the most expensive satellite providers, but the price may be worth it for those looking for access to high-speed internet options in remote and rural areas. Their standard service carries a monthly cost of $99 and an equipment fee of $499. In contrast, their premium service costs $500 per month and $2,500 for equipment.

The internet is a remarkable technological advancement that significantly impacts how many people worldwide live their daily lives. Our experts at Best Satellite Options sincerely hope that the above information has provided you with a better understanding of how satellite internet operates and why it’s so important to people in so many parts of the world.

Contact us today or read through our other internet resources if you’d like access to even more information on how the internet functions and knowledge of the best internet service providers you can choose from in your area. 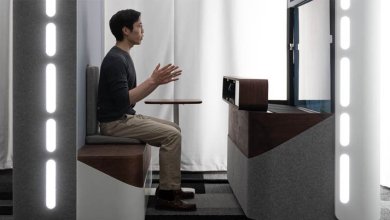