It’s easy to forget that the ‘Gangnam’ in PSY’s viral internet hit is a place, too. Poi-Yun Wan takes a closer look at the ‘Mayfair of Seoul’.

Unless you’ve been living under a rock for the past few weeks, you’re probably familiar with the frustratingly-catchy beat of PSY’s international hit, Gangnam Style. Like it or not, the Korean rapper’s ‘horse-galloping’ dance moves have become etched into our memories.

Ridiculous dancing aside, the tune has achieved two rather impressive feats: it’s entered the Guinness Book of World Records as the most-liked YouTube video ever, and it’s the first Korean track to reach number one not just in the UK, but in more than 30 countries around the world.

Listen to PSY’s lyrics and he’s clearly poking fun at Gangnam, a district in Seoul. Or more specifically, its residents. Outside of South Korea though, the area is largely unknown – so what exactly is all the fuss about?

Gangnam wasn’t always a place of wealth and revelry. As recently as the 70s it was a place of relative obscurity occupied by farmers, who sold their land to make way for new developments. Fast forward 40 years and voilà, welcome to South Korea’s Beverly Hills.

Step inside Gangnam today and expect to be surrounded by people dressed in branded clothing, socialites carrying designer bags worth an average South Korean’s monthly salary, chauffeurs escorting the rich around town in exclusive cars, and people with so much bling they would glow even if there was a power cut…

But it’s not just the residents of Gangnam that are well suited and booted – the buildings and attractions belonging to the area also play their part in adding to the decadence associated with the neighbourhood. Aside from the impressive Bongeun Temple, which is well worth a visit, the area is defined by gleaming high-rises and bright lights. Those wanting to see a more genuine side of Seoul will need to cross the river.

Using a Seoul travel guide and map, it will be easy to find one of Gangnam’s most swanky areas, Teheranno Street. The regional headquarters of some of the biggest names in the business world, including Google, are based in this area. The district is also a shopping haven for shopoholics with an ample of shops located on the streets of Apujeong to Cheongdam-Dong and in the famous COEX Mall, the biggest underground shopping centre in Asia.

Of course, Gangnam wouldn’t be without the ‘style’ if not for the rows of designer shops beckoning punters in. Lavish boutiques line the streets of Garosugil coupled with an abundance of luxurious coffee shops, because drinking coffee, especially expensive coffee, is another way the rich showcase their wealth.

The streets of Gangnam are lined with classy nightclubs. Famous DJs flock here to entertain the young and rich as they party, or indeed ‘gallop’, through the night. Besides being a haven of wealth, Gangnam receives publicity from annual festivals such as the Gangnam Fashion Festival. The subway stations and nearby attractions of the neighbourhood, meanwhile, featured in The Bourne Legacy starring Jeremy Renner and Rachel Weisz.

So there you have it – regardless of whether you’re taking PSY’s digs at Seoul’s wealthiest district with a pinch of salt or trying to erase the embarrassing image of the prime minister attempting the ‘horsey’ dance from your mind, Gangnam’s residents are probably sitting comfortably in their luxury cars and sipping a cup of deluxe coffee while soaking in all the fame and glory.

Who Is The Target Market For Leasing Luxury Cars? 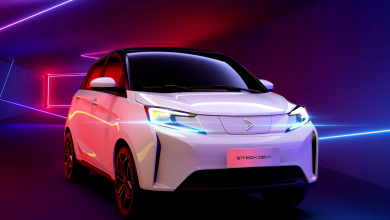 6 Tips for Your Car Windshield Repair and Protection

Are Electric Car Sales High for Every Car Dealer?