Namaste! We just got back from Nepal and I have tons of things to show everyone, but first, here are some facts about Nepal.

Nepal is a poor country. It has an area of 141,181 square kilometres and a population of 27 million. The nation’s capital and largest metropolis is Kathmandu.

Although Kathmandu is the capital of Nepal, it is an extremely dusty and filthy place. (No doubt about that!)

If you want to sugar coat that unpleasant thought, you can think of the beautiful mountains you’ll see when you reach Kathmandu. (Mount Everest is one of them!) We went on a group tour and had a local guide (Malaysian) and Nepalese guide guide us throughout the entire trip.

It took approximately 4 hours to reach Kathmandu from Kuala Lumpur. You can see the mountains while in the AIRPLANE.

The colors were beautiful, the mountains were majestic, the sky was amazing.

The toilets are not clean and some don’t even provide toilet papers. (Bring your own!) After coming out from the Tribhuvan International Airport, IT WAS COLD, but fear not, we came prepared!

Even so, the sun was burning hot.

It brought back memories of India. The cars at the car park were filthy and smeared in mud. There were many homeless people around.

It was cold and dusty at the same time, yet when we saw the post-card like mountain in the sky, everything else didn’t seem to matter.

The thing about these poor countries is that they show the true face of itself. Imagine tall, clean buildings shooting up everywhere. Nepal wouldn’t be Nepal anymore. All this filth, dirt, garbage and dust that you see are the essence of Nepal. The Nepalese people litter, spit, don’t flush… In my eyes, these are what makes them interesting.

Captain Haddock introduced himself and greeted us by putting a red cloth around our necks. While waiting for my turn, I became really EXCITED and started giggling. (Travel excitement kicks in)

It was a traditional Nepalese way of welcoming.

After that, we headed to Bhaktapur (one of the oldest cities in Nepal).

It was a city filled with history. Later on, we headed to Pokhara.

Electricity in the restaurant of the Pokhara Hotel went off for 10 minutes. PITCH BLACK. I switched on my phone’s flash light and started taking some mustard. (Yes.. I expected that to happen)

There were many many beautiful stars in the sky. Among them we saw Orion The Hunter!

I’ve never seen a single constellation in my life, but there it was! The sky was just BEAU-TI-FUL. I wished I had a telescope. I’ve never, literally have never seen so many stars in my life.

I don’t regret coming to Nepal. I DON’T.

Cars and Guitars: Rockabilly Music and Car Shows Are a Match Made in Rock and Roll Heaven

Gangnam Style: The District Behind The Smash Hit 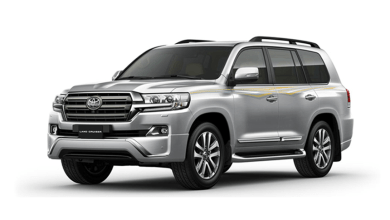