Ubisoft has announced the upcoming franchise of Far Cry Series Far Cry 5 which is an open world action-adventure first-person shooter game that allows a player to roam wildly without any restrictions anywhere on the map.

This time Far Cry is coming to America in the rural area called: Hope County Montana. The biggest franchise of Far Cry series is coming soon to play and make us go wow!!! 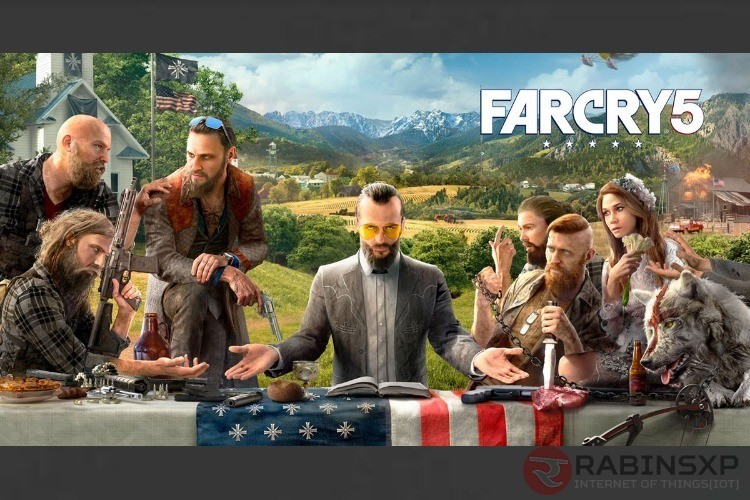 Far Cry 5 is set to be released on 27th March 2018 on Pc, Xbox One and PlayStation 4. The game modes are single player and multiplayer.

The trailer is mindblowing and it can’t make us resist up to 27th March.

Gameplay
The game is similar to previous Far Cry series open world but this time its big with new vehicles like a sports car, airplanes, guns equipped cars and boats. The vehicles can also be customized with our own choice so that it will be great enough to play.

This is the new feature on this franchise. In the game, we can make our companions and later we can take help from them in game mission also.

In this co-op mode, we can play the game fully with our friend who is in our friend list and that friend will be available as for hire.We can share our ammo and health packs…It will be quite a watch to see how well it will perform.

The specifications for Pc has been released. In order to know the specs, you can simply look at Ubisoft’s official website.

The hype of this game is really high and pre-order sales have already been started.We are ready to try this game. Are you ready?