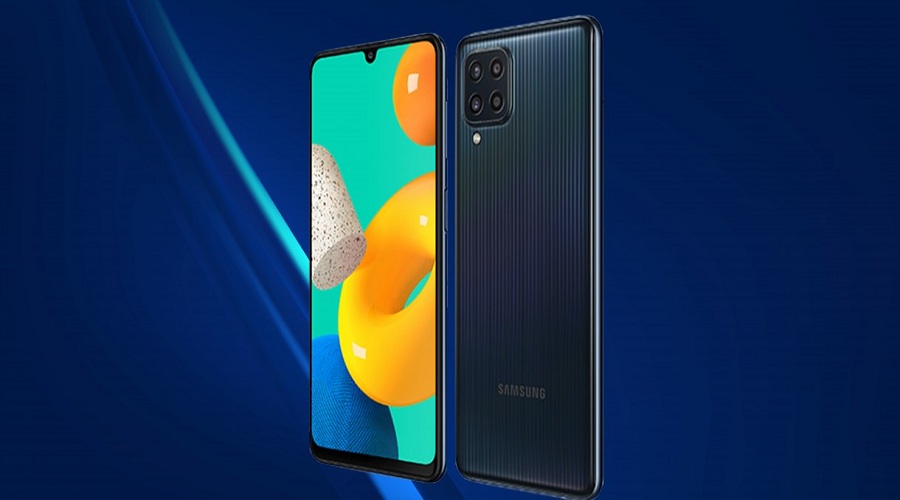 Samsung has been releasing innovative smartphones across all of its lineups including the affordable and battery monster Galaxy M-series which has become popular because to outstanding features, the company’s innovative One UI interface, and an extra-large battery.

The M-series’ case was aided by competitive price and decent specifications, which provided the phones a better bang-for-buck factor, allowing them to compete with Xiaomi’s Redmi series and Realme phones. The Samsung Galaxy M32 is the most recent model in the line, but how does it perform? To learn more, read our complete review of all new Galaxy M32.

Talking about the design of the phone, the Samsung Galaxy M32 is entirely made of plastic except for the front. Although, for a budget phones, plastic is a viable option. In any case, the Galaxy M32 has a polycarbonate back with a square camera layout in the top-left corner and a quad-camera setup.

There’s a Samsung logo on the bottle and an LED flash underneath the camera arrangement. The back panel is made up of parallel lines that go from top to bottom. When using the phone with one hand, these shimmering lines ensure that you have a firm grasp. Furthermore, the phone weights 196g, which, although not excessive, isn’t excessive.

Given the phone’s weight, you’ll still experience some strain if you hold it for an extended period of time. Nothing protrudes from the outside, such as the camera arrangement, which is practically flush with the back panel, so that’s one less thing to worry about. There’s a quick fingerprint scanner on the side, a square-shaped camera module, and extras like a secondary microphone and 3.5mm connector aren’t left out. There are no squeaky edges or squishy buttons to be found here. However, in this price range, the little mono speaker is starting to feel dated.

The Samsung Galaxy M32 features a 6.4-inch Super AMOLED display with a resolution of 1080×2400 pixels and a refresh rate of 90Hz. The display is the same size as the Galaxy M31’s, but it boasts a faster refresh rate and a brightness of 800 nits. With M32, the aspect ratio has also been increased from 19.5:9 to 20:9. The screen is enormous, providing a far bigger viewing area for movies, TV shows, and gaming. A 90Hz refresh rate is now far superior to a 60Hz display since it allows for smoother transitions and animations. The display is excellent, with excellent viewing angles, vivid and vibrant colors, and a clear view thanks to a little U-shaped notch, albeit a punch-hole would have been preferable.

However, there is a water-drop notch on the top. This, though, is by no means a deal-breaker. On the contrary, it’s possible that the Helio G80 SoC is limiting or prohibiting access to high-quality information. To elaborate, the 90Hz RR is excellent, but the M32’s animations are sluggish and stutter at times. It’s likely that the G80 SoC isn’t up to the task of handling HRR on the display and HDR video playing.

The MediaTek Helio G80 system-on-chip powers the Samsung Galaxy M32, which comes with up to 6GB of RAM and 128GB of internal storage. The phone runs OneUI 3.1, which is based on the Android 11 operating system. The phone’s performance is adequate for regular use. The phone’s gaming performance is average, and graphically demanding games are best played at low or medium settings.

In terms of the user interface, the phone is jam-packed with bloatware, some of which is impossible to remove. Apart from bloatware, the Galaxy M32 is plagued with third-party app recommendations that keep delivering notifications until you agree the terms to install the apps. Surprisingly, you cannot skip this step of the setup because the notification will keep appearing until you provide permission. Furthermore, the setup forces you to download and install more trash in your phone under the guise of recommended apps. There is a way to avoid doing so, but it is not straightforward and requires time and patience.

The phone doesn’t usually adjust the exposure automatically, so we can alter it in the viewfinder before taking a picture. Although it isn’t excessive, it is something worth mentioning in this hands-on review. Due to the fact that neither of its competitors has the greatest cameras for the price, the Galaxy M32 will not let you down, at least when it comes to daytime shooting. There’s an 8MP ultra-wide shooter with the broadest field of vision.

Ultra-wide pictures are also fantastic, but you’ll notice minor distortions on the edges towards the end of the day, which are normally fixed by the software during the processing. It would be preferable if Samsung updated its software to increase distortion correction even further. Since over 90% of devices now have 2MP sensors, two 2MP cameras for macro and depth sensors are standard. It’s adequate, but a 5MP sensor, as seen on the Galaxy M31, would have significantly improved the quality.

The Samsung Galaxy M32’s night mode is mediocre at best, and it doesn’t produce much. Of course, depending on the lighting circumstances at the time more the shoot, you get a lot of noise to play with at night. Then there’s a 20MP selfie camera, which is significantly less than the 32MP snapper seen on the Galaxy M31. During the day, it takes convincing photos and creates a blur effect with precise edge recognition and separation.

The Galaxy M32 comes with OneUI 3.1, which is based on Android 11. OneUI 3.1 excels in one-handed use because the UI has been extensively redesigned to support it. Then there’s a slew of features on your M32 smartphone, including Dark Mode, which you’ll adore because it’s an AMOLED display. You can erase a lot of bloatware, but some of it is simply not uninstallable. Samsung has stepped up its software update game, which means you’ll almost certainly get many significant Android OS updates. There’s also an Always-On Display on board.

In One UI 3.1, there is still a lot of bloatware, and you’ll have to deal with Samsung’s own programs like a second app store, browser, and other things. The software in the phone will try to push you toward these Samsung alternatives whenever possible, such as when you ask to update Galaxy apps through the Galaxy Store.

The Samsung Galaxy M32 is powered by a high-capacity 6,000 mAh battery. With moderate to high usage, it can provide at least two days of backup on a single charge. Furthermore, the gadget supports 25W charging, despite the fact that the retail packaging only includes a 15W charging brick. The battery takes 2 hours and 30 minutes to charge from 0 to 100%, which is excessive. However, it is a large battery, so you will have to spend some time hooked into the charger.

The all-new Galaxy M32 will be available in all Samsung Brand shops and retail outlets around the country from 7th of July, 2021. The lower 4GB+64GB variant costs Rs 24,999/-, while the higher 6GB+128GB variant costs Rs 27,999/-. You can choose between two color variants which are Black and Light Blue and Laser Green respectively.