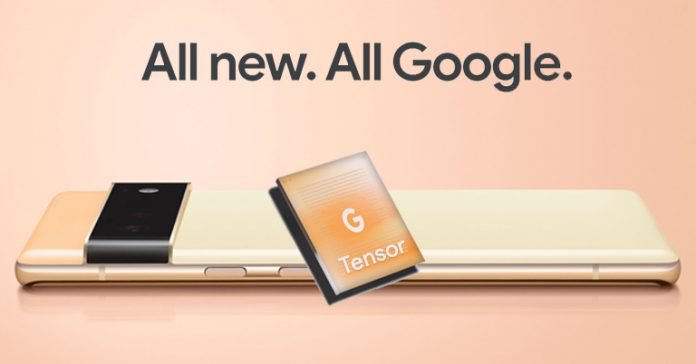 Rather than dripping the information from leakers, Google officially announced its upcoming Pixel 6 and 6 Pro smartphones. However, instead of releasing all detail about the products, the company made a soft reveal—with the main highlight of the show being the new custom Tensor System on a Chip (SoC). So, let’s walk through the specs, features, and availability of Google Pixel 6 and Pixel 6 Pro.

As evident from rumors, the Pixel 6 series has a huge camera bar on the back that runs through the full width of the phone. Both of them have the same wide and ultra-wide cameras. But, the Pixel 6 Pro also houses a 4x folded telephoto lens.

And before you worry, Google is finally shying away from the 12.2MP Sony IMX363 for these phones. The company had been relying on this sensor from the days of the Pixel 3 series launched way back in 2018.

According to Google, “the improved sensors and lenses are now too big to fit into the traditional square”. On the front, there’s a centrally aligned punch-hole cutout for the selfie camera. As expected, the Pixel 6 series will ship with the latest version of Android, the Android 12 out-of-the-box.

Pixel 6 and 6 Pro are debuting with the Google-made Tensor SoC. The chipset takes its name from the Tensor Processing Units (TPU) used in the company’s data centers. Tensor is a custom chip designed specifically for Google devices. Still, it is unclear which components are created by Google and which are licensed from other OEMs. However, two things are certain to be in-house: a mobile TPU for AI operations and a new Titan M2 security chip.

Furthermore, there’s no confirmation about who is manufacturing them, but the previous rumors hinted at Samsung. Interestingly, Google claims to make Pixel 6 the fastest, smartest, and most secure Pixel phone yet.

Although there isn’t much information about the new Tensor SoC, its AI and machine learning skills outperform anything Google has ever had on its phones.

According to the company, the major rationale for investing in its own processor is to develop AI and ML capabilities in ways that off-the-shelf components could not. This will mostly be noticeable in on-device voice commands, translation, captioning, and dictation.

That’s pretty much what Google opted to share. Google didn’t reveal an exact launch date although it did say that Pixel 6 and Pixel 6 Pro will launch in Fall 2021. We expect it to be available from October, while there’s no word about their pricing yet.

Talking to The Verge, Rick Osterloh (SVP, Devices and Services at Google) said that the Pixel 6 series “will certainly be a premium-priced product”. He further added that “this is the first time where we feel like we really have it”.