How to register IMEI number in Nepal? MDMS by NTA

The government is all set to implement Mobile Management Device System (MDMS) from Shrawan 1. Speaking at the 2077/78 BS budget announcement, Finance Minister Bishnu Prashad Paudel said that MDMS will be implemented from July 16 (Shrawan 1). NTA to implement MDMS to curb grey phones in Nepal

According to Nepal Telecommunication Authority (NTA), they have already installed a secondary data site in Government Integrated Data Center (GIDC) and are in the process of installing a primary data site in Chabahil. “We need to import some equipment from China to set up before the deadline,” says Achyutananda Mishra, joint spokesperson of NTA.

It is believed that the MDMS system will sort out the issue of Grey phones. Grey phones are the phones brought through an unofficial channel.

In an official channel, players including national authorized dealers, regional distributors, local distributors and retailers are engaged in the supply chain of the phone devices. The IMEI number of these phones are registered and are kept in the white phones list.

But in the Grey phones market, all the channels are cut off, and only one individual or retailer brings the phone illegally.

According to Sanjay Agarwal, vice-president of the Mobile Phone Importers Association (MPIA), around 40-50 percent of the mobile phones sold in the country are brought through illegal channels. Though, the grey market was completely controlled for few months due to border restrictions, the situation has become the same as earlier now, he shares.

According to  Mishra, this system will identify and track the phones based on the International Mobile Equipment Identity (IMEI) number. “So, the phones coming through the grey channel will not function,” says Mishra.

The IMEI number will be kept in a database of the National Equipment Identity Register (EIR).

NTA started  IMEI registration in 2016 after issuing Interim Directives for Implementation of National EIR System 2072 BS. According to the provision, the importers must register the IMEI numbers in NTA. However, registration is not mandatory till now.

The government has been working on MDMS for a long time, but the plans have not been materialized due to various reasons. It was reported that NTA faced difficulties in importing the infrastructure for building the system due to the pandemic.

Introducing MDMS will also benefit the government as it can generate more tax through legal mobile imports.

“The major objectives of this project to identify all active mobile devices on the mobile networks and trace illegal devices including non-registered mobile devices; to enable the tracking/blocking of a mobile handset that is lost/stolen; to encourage the import through the customs office and sale of genuine mobile handsets and minimize the possible grey market,” writes NTA in a notice published by NTA in 2018.

Agarwal says that the consumer will get genuine phones with a warranty after the government implements this system. “This will also help all the players engaged in the supply chain of the handset market,” he shares.

According to NTA, this system will also control the theft of phone device. “The IMEI number of the phone and mobile number will be synced when you purchase a phone or register it later. So, the phone can’t function if any other SIM is used,” he says.

According to Mishra, when one purchases a new phone, they will have to fill a KYC to link their SIM with new IMEI numbers.

He says that NTA will gradually implement the system where the users can fill up their KYC to sync with the new phone. Apart from this, Authority will also design a system where the tourists can sync their phone IMEI number with local SIM, Mishra says.

How to register IMEI number in Nepal?

#Step 1: Check the IMEI number of your mobile

One must know the IMEI number of their mobile device before processing the registration. IMEI number is an identification number that is on the box of the handset.

One can also dial *#06# to find out the IMEI and the serial number of the mobile set.

Once, you find out the IMEI number, go to the link NTA platform at https://eir.nta.gov.np/main/ 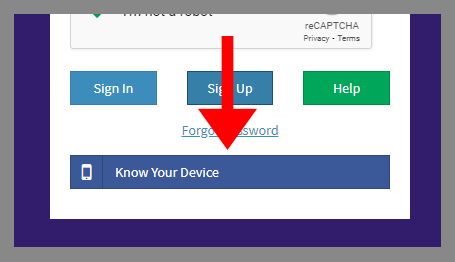 If your device IMEI number is no registered, sign up for the new registration. Also, make sure to get an image file of your citizenship/passport or any other national identification document (less than 3MB size) as you will need to upload it as well.