When the Xbox Series X was first announced in 2019, people instantly noticed how its boxy and rectangular design mimicked a refrigerator. This is when people began making memes about it on the internet. Surprisingly, Microsoft embraced the concept and created an actual Xbox Series X fridge for a giveaway in 2020. And now, the company has now officially confirmed the release of an Xbox mini fridge for the masses.

At the end of the E3 2021 showcase, Microsoft made the announcement stating that it will offer “the world’s most powerful mini fridge”. It looks identical to the Xbox Series X in the product’s promotional trailer. The fridge will include an Xbox logo on the back and a green lighting effect when opened. 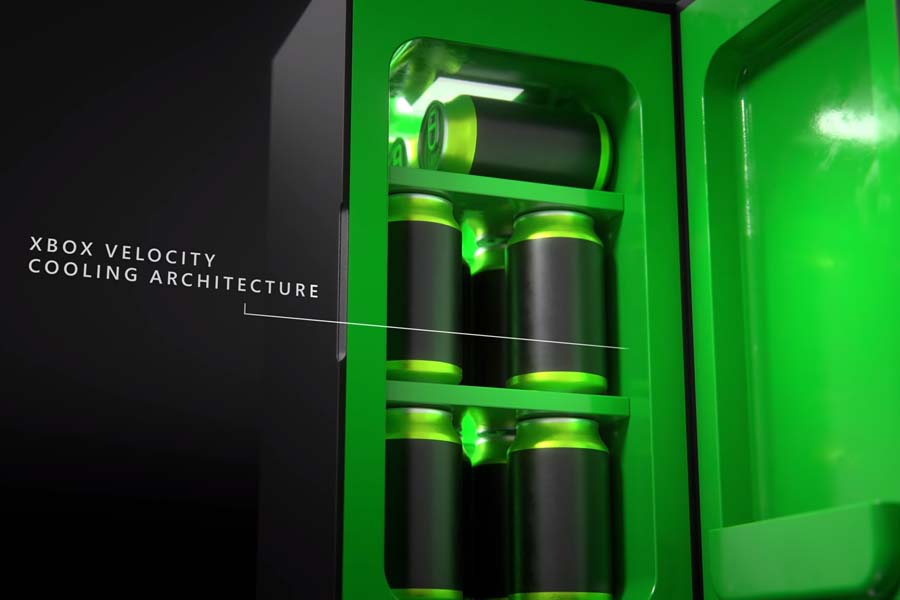 This mini fridge is powered by “Xbox Velocity Cooling Architecture”. Microsoft appears to be making a play on Xbox’s Velocity Architecture with this naming convention. Based on the promotional materials, it looks like the fridge can fit 10-12 cans of your favorite beverages.

Without any context, all of this may sound like a spoof. But, Microsoft vowed to create the fridge after defeating Skittles in a Twitter poll. Earlier this year, Twitter held a contest called the “Best of Tweets Brand Bracket” to choose the best brand on the social media network.

Xbox and Skittles were in the finals, and the nature of the contest required the highest amount of votes to win. For this, Aaron Greenberg, Microsoft’s general manager of Xbox Games Marketing stated that if users helped Xbox win, the company will put Xbox Series X mini fridges into production this year.

So, as you could’ve guessed by now, Xbox won the tight contest. Out of 341,731 votes cast, it secured 50.5% of them while 49.5% of votes went to Skittles. Likewise, Microsoft fulfilled its pledge to develop its mini fridge project. In a true Xbox fashion, Aaron also said, “The first one off the line will be filled with games & headed to our friends Skittles of course”.

While Microsoft has officially confirmed the launch of its mini fridge, the official pricing has yet to be announced. It will be available this upcoming holiday season.