The Moto G60 is the more premium of the two devices Motorola announced in India today, with the other being the Moto G40 Fusion. In this post, we will be taking a look at the specs, features, expected price, and availability of the Motorola Moto G60 in Nepal.

Like G40 Fusion, the Moto G60 features a 6.8-inch Max Vision display based on IPS technology. It sports an FHD+ resolution of 1080 x 2460 resolution that results in a 20.5:9 aspect ratio and pixel density of 396 PPI. Plus, this screen has support for a 120Hz refresh rate and HDR10 content too. Being a budget phone that it is, the Moto G60 has a plastic body. Motorola has opted for a water repellent design although the phone lacks a proper IP certification. The phone weighs around 225 grams and is available in two color options – Dynamic Gray and Frosted Champagne.

The phone is powered by Qualcomm Snapdragon 732G. It is available in a single memory configuration of 6+128GB. Users can expand the internal storage up to 1TB using the hybrid card slot. The phone ships with My UX based on Android 11 out-of-the-box. Motorola has also included ThinkShield for Mobile to safeguard the device.

The rear camera is headlined by the 108MP primary sensor. It is accompanied by an 8MP ultrawide camera that also doubles as a macro lens. The third in the list is a 2MP depth sensor. For the selfies, there is a 32MP shooter at the front of the device. 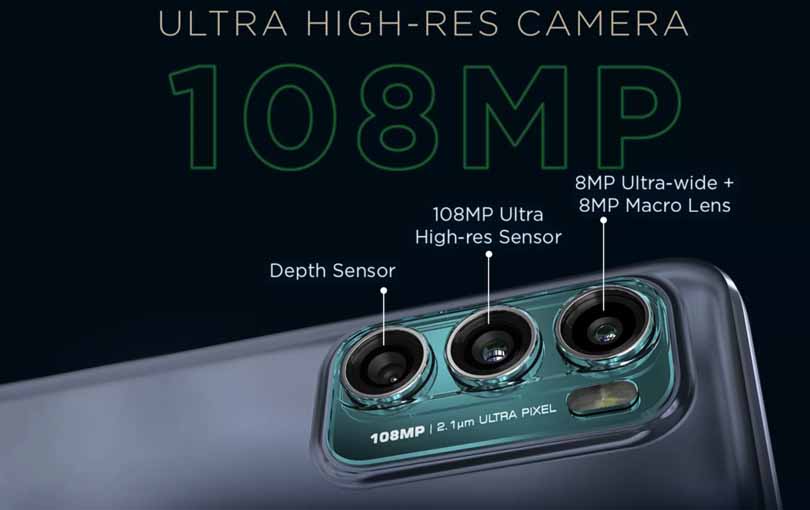 Fueling the device is a massive 6,000mAh battery with a claimed battery backup of up to 54 hours on a single charge. The phone has support for TurboPower 20 (20W) as well as Qualcomm Quick Charge 4.0 via the Type-C port. Moto G60 has a bottom-firing single speaker and a 3.5mm headphone jack.

Motorola Moto G60 will go on sale in India starting 27th April where its price is INR 17,999. We expect the price of the Motorola Moto G60 in Nepal to be around NPR 31,000 when it launches here.