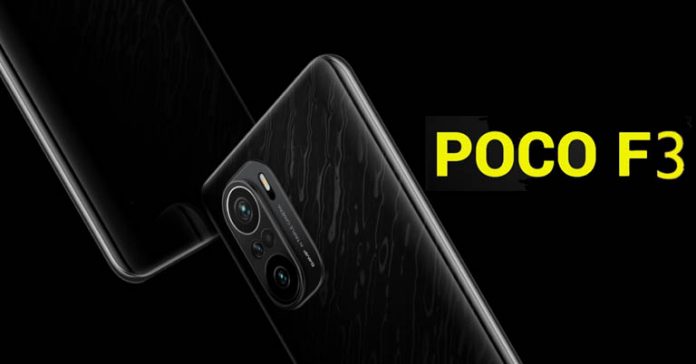 Poco F1 was the phone that really put the company on the map. We never really got to see a successor to the phone as the company only launched the F2 Pro last year. According to the latest reports, Poco is getting ready to unveil the Poco F3 this year. The phone has already bagged FCC certification and will soon be available in the global market soon.

Indian tipster Abhishek yadav has spotted the upcoming Poco smartphone in the FCC listing. The phone has a model number M2012K11AG. It is speculated that the device will soon be available in the global market with the Poco F3 moniker.

It is not the first time the phone has made it to the news. Earlier, a phone with the same model number went through different certifications in Indonesia, Singapore, and Europe. Europe’s EEC and TUV Rheinland listing have hinted at the M2012K11AG will be a Poco device. Since then, smartphone enthusiasts have been referring to it as Poco F3. The speculations have further been backed by IMEI listing. While these listings have shed light on the potential moniker of the device, they have hardly confirmed any of the specs. According to the FCC listing, the phone will have 5G connectivity, dual-sim support, Wi-Fi 6, Bluetooth, and NFC. The phone will ship with MIUI 12 out of the box. However, if the rumours are to be believed, the Poco F3 will be based on the recently launched Redmi K40. The Redmi K40 that is limited to China has a model number of M2012K11AC. The M20212K11AG is the global variant of the device. Similarly, the Indian variant will have M2012K11AI as the model number. If it’s true, the Poco F3 will feature a 6.67-inch FHD+ AMOLED display with a 120Hz refresh rate. It will be powered by a Snapdragon 870 which is an overclocked version of last year’s SD 865. The triple camera setup on the back consists of a 48MP primary camera, an 8MP ultrawide shooter, and a 5MP macro camera. On the front, there will be a 20MP camera for selfies. Other features include a 4,520mAh battery, side-mounted fingerprint scanner, and 33W fast charging.