Realme Buds Air 2 Neo price in Nepal is Rs. 5499. It is available for purchase via authorized stores across Nepal.

It offers features like the Active-Noise Cancellation (ANC) and Liquid Crystal Polymer diaphragm. What else? Let’s check it out.

Realme Buds Air 2 Neo is an in-ear style earbud that looks similar to the Galaxy Buds. 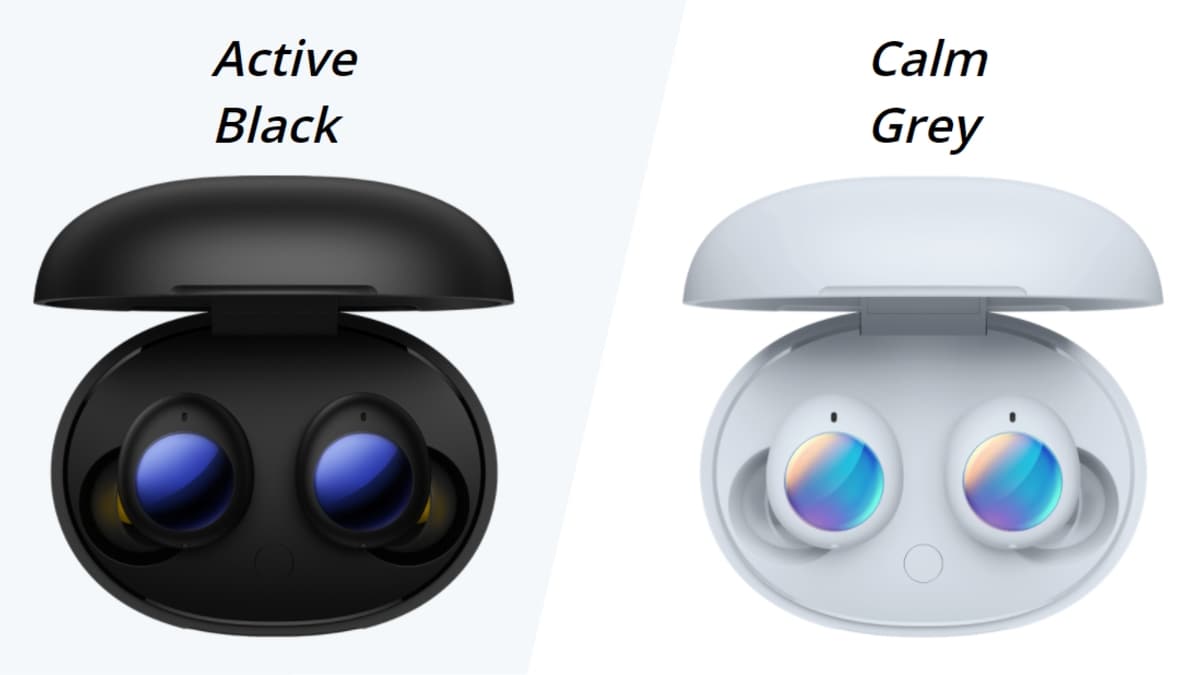 It has a pebble-shaped battery case and Galaxy Buds-like earbuds. The earbuds also have a two-tone design as the glossy exterior comes in a blue gradient compared to the rest of the body. It comes in two colors: Active Black and Calm Grey.

: Realme 8 with Helio G95 and AMOLED Display to Launch Soon in Nepal

The earbuds are also rated IPX5 for water resistance.

It uses Dual-channel transmission so both the earbuds transmit sound at the same time, effectively reducing latency and lag. Along with Bluetooth 5.2, the latency is said to be reduced to 88ms in the gaming mode.

The highlight of the Realme Buds Air 2 Neo is the Active Noise Cancellation (ANC) feature.

Realme Buds Air 2 Neo comes with Bluetooth 5.2 and has a standard range of 10 meters.

It uses familiar touch controls like the double tap, triple tap, and long press. All of these can be modified with the Realme Link App.

Realme claims that the Realme Buds Air 2 Neo can last up to 5 hours on a single charge at 50% volume with AAC codec. Along with the case, it provides total playback of 20 hours with ANC off and up to 28 hours with ANC on.

Realme also claims that you can get 3 hours of playback with just 10 minutes of charge.

Realme Buds Air 2 Neo price in Nepal is Rs. 5499. It is available to buy via authorized stores across Nepal.

Realme Buds Air 2 Neo is one of the cheapest ANC earbuds in Nepal. It also boasts great battery life and a cool design.

What do you think about the Realme Buds Air 2 Neo? Let us know in the comments below!