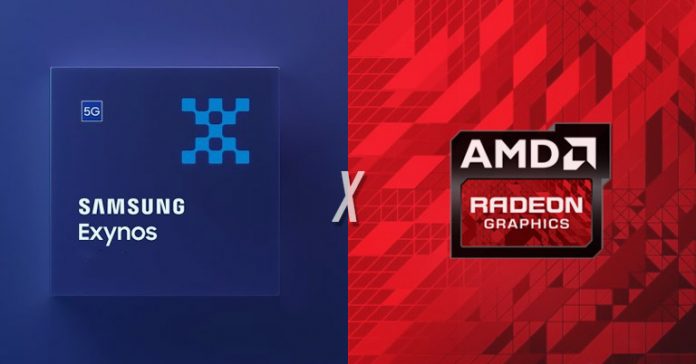 Samsung inked a deal with AMD back in 2019 to bring the latter’s Radeon graphics to its Exynos chipset. During the Exynos 2100 unveil event earlier this year, Samsung confirmed that GPU in the next flagship offering will be AMD’s RDNA GPU. It made us believe that the product would come next year. However, a new report from The Korea Economic Daily suggests that it will launch as early as this year. Let’s take a look at all the rumors of the upcoming Samsung Exynos chipset (likely called Exynos 2200) along with its expected launch date.

As of now, Samsung has not confirmed the moniker of its next in-house flagship chipset. However, given the nomenclature of its latest Exynos chip, it might be called Exynos 2200.

However, contrary to what we’d expected, it turns out that the Exynos 2200 might power laptops first. If this turns out to be true, Samsung will join the likes of Apple in the list of manufacturers that design their own processors for their laptops. Exynos 2200 will compete against Qualcomm’s Snapdragon 8cx and 7cx lineup in the Arm-based Windows laptop market. To note, Samsung’s upcoming Galaxy Book Go will feature the latter. Though the Exynos 2200 is expected to be unveiled with a laptop, Samsung can eventually include it in its Galaxy Tabs and even Galaxy smartphones.

Coming to the specs, the Exynos 2200 will most likely be built on Samsung’s 5nm process. As mentioned earlier, it will be based on Arm’s architecture. The main highlight here will be the GPU from AMD. With the announcement of the Exynos 2100, Samsung moved away from its in-house custom Mongoose chip and the Exynos 2200 should mark the end of Mali-GPUs in Samsung’s chips.

Though not confirmed, AMD is likely to continue the Radeon branding for the mobile GPU as well. Technically, it will be the first Radeon graphics solution for smartphones. However, AMD worked in smartphone GPU back in its ATI days, until the entire division was bought by Qualcomm.

From the business point of view, Samsung is entering the laptop chipset market at the right time. As per the analysis by Counterpoint Research, the laptop sale in 2020 was the highest since 2011. It should provide some competition to Qualcomm’s Arm-based CPUs which have been the go-to choice for brands building an Arm-based Windows machine.

Though we don’t expect Exynos 2200 to make the same effect as Apple’s M1 chip in the laptop market, it will make headlines if it makes its way into smartphones which we think (and hope) it will.

Back in February, popular leakster Ice Universe suggested that Samsung could unveil the Exynos x AMD GPU as early as June, with the CPU itself getting unveiled shortly after. The report from The Korean Daily suggests that laptops and smartphones with Exynos 2200 will be available in the second half of 2021.