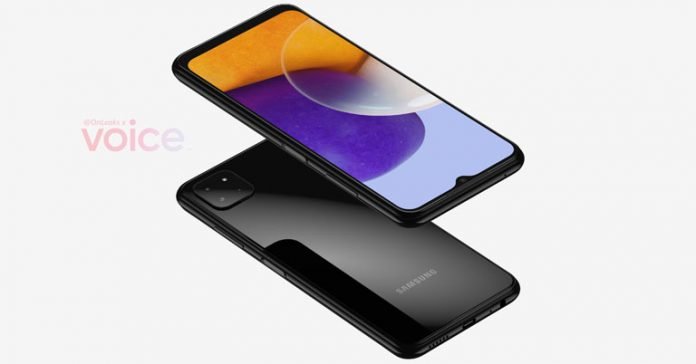 Samsung Galaxy M21 was one of the best mid-range phones of 2020 and it is finally getting a successor. Galaxy M22 was recently spotted in a Geekbench listing with a MediaTek processor. Here we will be discussing the key rumors and leaks surrounding the specs and availability of the Samsung Galaxy M22.

Like I mentioned earlier, the phone has already gone through Geekbench 5 tests. It is listed with a single and multi-core score of 374 and 1361, respectively.

These numbers are pretty similar to what the Galaxy M32 managed to score. And that’s because both phones are powered by MediaTek Helio G80. This chipset also powers the A32 4G and is set to be used in A22 4G too. The Geekbench listing also confirms Android 11 on the Galaxy M22. We expect it to have One UI 3.0 on top. 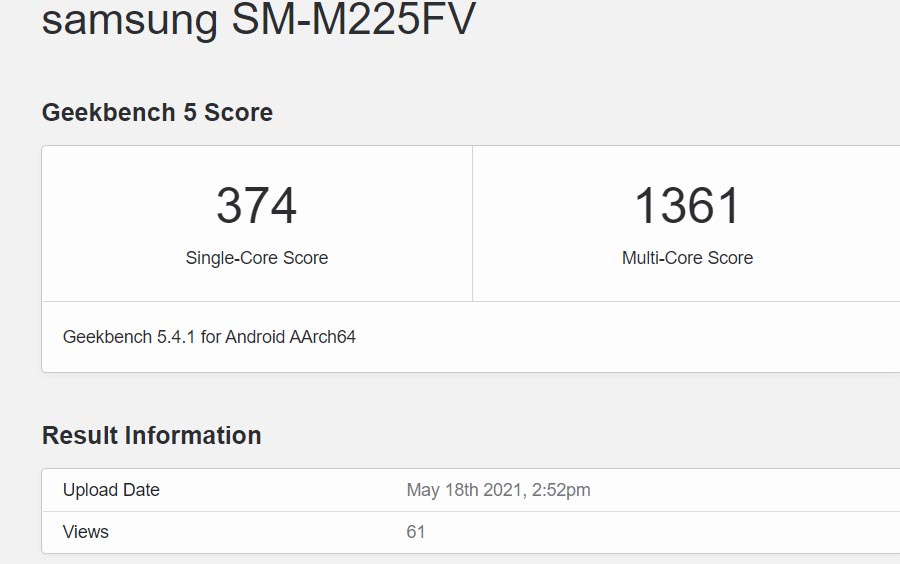 According to a report by GalaxyClub, the phone will feature a 6.4-inch Super AMOLED display with an Infinity-U notch. Like its predecessor, Galaxy M22 will feature a 48MP primary camera. Interestingly, the front camera is said to be downgraded to a 13MP lens compared to the 20MP shooter on the M21.

There will be no upgrade in the battery department either as the phone will retain the same 6,000mAh battery. Samsung will ship the device in three color options – Black, Blue, and White.

While Samsung had finally moved on from Exynos 9611, the company is still not done launching phones with similar specs. First, it has been releasing the same phone with different monikers under different lineups. Even in the same lineup, entries in the higher hierarchy are only slightly better than phones below them.

For instance, the only difference between last year’s Galaxy M21 and M31 was in the camera department. And same is the case between M22 and M32. In addition, Galaxy M22 has a lot in common with the A22 4G. The only differences being the battery size and the color options. And who knows, we might see a similar phone under the F-lineup later on.

It’s already been a year since M21 was launched and given the leaks, Samsung Galaxy M22 could launch any time soon. As for the cost, we expect its pricing to be similar to M21 as there is not much difference between the two phones based on what we know so far.