Samsung’s Galaxy M51 was a winner in its price segment. And the company didn’t wait too long to build on its success, which came in the form of Galaxy M62. By the way, this phone goes by Galaxy F62 in the Indian market. Let’s learn more about the Samsung Galaxy M62 in this review.

With the M62, Samsung has been clever enough to distinguish it against other midrange phones by offering a flagship chipset—albeit one that’s a year and a half old. More specifically, it’s the Exynos 9825. So, with this, is the M62 better than other mid-range phones like the Realme X7 (Dimensity 800U 5G) and the Xiaomi Mi 10i (Snapdragon 750G 5G) that come at a similar price?

Let’s get started with the talk of the town – the Exynos 9825. While other brands are rushing in on using a 5G chipset, Samsung has decided to take a step back with the Exynos 9825 which was used on the Galaxy Note 10 series from about one and a half years back. 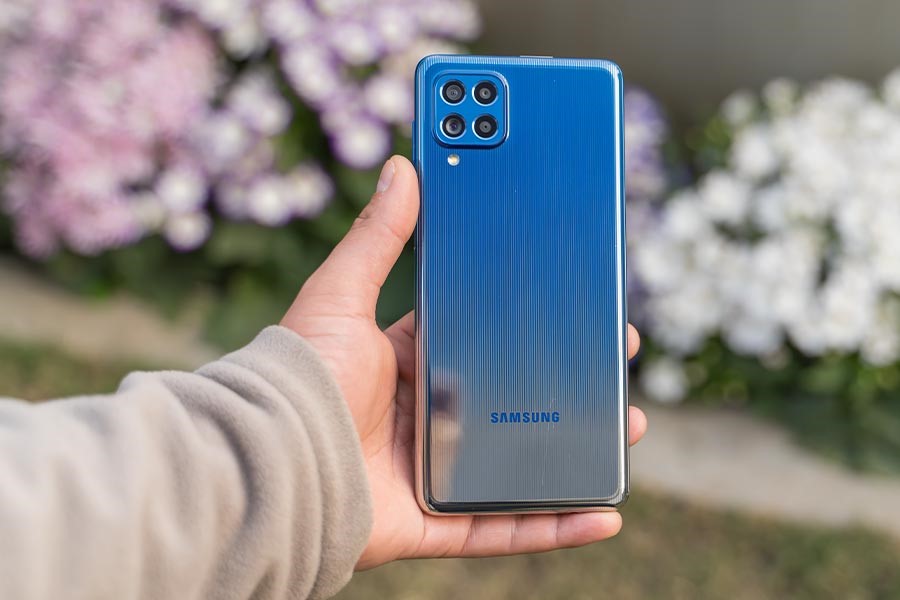 But the bigger question here is whether this older flagship chipset will be able to hold its ground against today’s popular mid-range SoCs.

As you can see from these benchmarks, the Exynos 9825 stands above Snapdragon 750G in terms of both CPU and GPU. Also, its graphics performance is almost double of what the contemporary 5G mid-range SoCs can provide.

And this goes beyond the benchmark scores too. The real-life performance is better on the Galaxy M62 as well. Coming from Snapdragon 730G-powered Galaxy M51, everything is buttery smooth here— apps open relatively faster and multitasking is decent too.

Gaming is also quite good on the Galaxy M62. In fact, better than Xiaomi’s Mi 10i. In PUBG Mobile, you can go as high as HDR graphics and Ultra frame rates and get a stable 40fps gameplay with 99% FPS stability. On the other hand, the Mi 10i with its highest setting, which is HD graphics and high frame rates, can only hit 30fps.

Similarly, you can crank it up to Extreme frame rate at Smooth graphics on the M62 and get stable 52fps. Lesser demanding games such as COD also run better on the M62 with the phone being able to provide better frame rates and stability. I tested other games like Genshin Impact too and found that both phones gave a similar fps mark. But, the M62 can deliver better fps stability meaning that the phone will give you more consistent gameplay than the Mi 10i. And something that I have noticed during my usage is that after a prolonged gaming session of the aforementioned titles on both phones, they heat up to almost the same amount. Yet, the M62 cools down relatively faster than Mi 10i.

So yeah, Samsung’s decision to include an older flagship chipset seems to have paid off well. Yes, the M62 does not support 5G as its competitors do, but if you ask me, it isn’t much of a dealbreaker for someone living in South Asia.

And not to forget, just like the Galaxy M51, Samsung’s One UI is well optimized on the M62 as well. Plus, unlike most other phones in its price range, the M62 comes with Android 11 out-of-the-box and promises 4 years of security update, which you don’t see on Chinese brands.

Another aspect where Samsung has improved is the design. It definitely looks better than the M51, if you ask me. But since it comes with a big 7000mAh battery and a big 6.7-inch display, it’s a huge phone weighing well over 200gms. As a result, it isn’t very comfortable to use for long hours.

Likewise, the entire body of the phone is plastic just like the M51. Putting it against the Mi 10i, well, M62 doesn’t get a vote from me in the design aspect. I think the Mi 10i with its dual Gorilla Glass 5 design takes the cake right away.

I also think Samsung should introduce minimalistic color options on the M62 as they did with S20 Fan Edition last year. Although Samsung has tried to hype up the new laser gradient design language, M62’s color options look quite dull, to be honest.

As for the display, it is similar to the Galaxy M51 i.e. you get a 6.7-inch Full HD+ Super AMOLED Plus screen. It is still stuck on a 60Hz refresh rate, which is a little frustrating considering how the upcoming Galaxy A32 4G features a 90Hz AMOLED display. And that phone’s a lot cheaper than the M62. 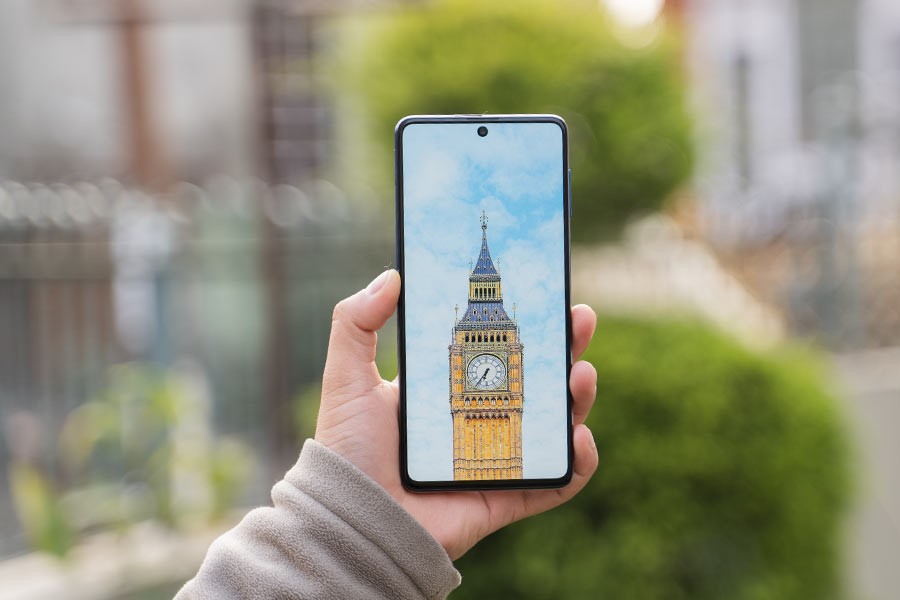 Still, the actual quality of the panel is quite good. As usual, it’s vibrant and can get plenty bright too. The black levels are on point and you will not notice any kind of backlight bleeding or touch issues with this display.

Plus, with the energy-efficient AMOLED display and the 7nm chipset at work, the 7000mAh cell doesn’t run out that easily. The phone easily gave me around 2 days of juice with normal usage.

During weekends when I’d be continuously watching videos and play games for hours, it would last throughout the day with around 20% juice left, which by today’s smartphone standard is an easy A+. Filling up the battery isn’t a joyful ride though, as the phone makes you wait for almost 2 hours and some time to get fully juice up with its proprietary 25-watt fast charger. This makes the Galaxy M62 one of those devices that you’d want to put to charge before going to bed.

Likewise, another thing that didn’t impress me so much on this device is the speakers. I was expecting the phone to have stereo speakers, but just like the M51, it doesn’t.

The audio quality from the single speaker is not bad, but as I said in my review of the Galaxy M51, with the display of that quality was matched by stereo speakers, the multimedia experience would have been something else. Okay, finally let’s talk about the cameras now. Galaxy M62 has the same quad camera setup as the M51, which comprises a 64MP primary lens, a 12MP Ultra-wide-angle lens alongside a 5MP depth, and Macro sensors. Honestly, I had a lot of curiosity as to how M62’s camera would perform given the superior ISP and DSP of its flagship inheritance.

To some extent, this silicon superiority has paid off really well. Now, this might not be visible while you just look at M62’s pictures. But when you compare it against the likes of other mid-rangers, well, the difference is pretty clear.

Comparing it with the 108MP camera of the Mi 10i, as you can see, the color optimization in M62’s pictures is amazing.

I admit that both phones do not project natural colors, but M62 has its way of giving a very subtle pop in saturation that makes it stand out.

The superior color optimization of the M62 continues on the ultra-wide shots as well.

Plus, its images have a wider field-of-view and have a better dynamic range compared to Mi 10i. So, I would easily give M62 the crown in this aspect.

Even for portraits, the M62 is evidently better in almost all aspects from the subject, background blur to mostly everything.

In regards to selfies, well, Mi 10i’s images seem to be a little, just a little desaturated while M62 has a prominent red tint.

So, honestly, I am not a fan of both. However, in most scenarios, the M62 seems to bring out a better skin tone. Therefore if I absolutely had to choose, I would go with the M62.

Keeping the daylight comparison aside, normal nighttime images from the M62 turn out slightly more grainy compared to the Mi 10i.

While this gets fixed in the night mode from the M62, it’s worth noting that the Mi 10i does a slightly better job.

But, wide-angle nighttime shots are clearly better from the M62 thanks to slightly better exposure management.

In terms of videos, the Galaxy M62 can record up to 4k 30fps, but it lacks a 60fps option across all resolutions. Nonetheless, both 4K and Full HD 30 fps videos are quite stable. Samsung even lets you shoot wide-angle videos at 4k. At the front, you can record up to 4K/30fps footages. The video quality isn’t mind-blowing but does an okay-ish job.

To conclude this review, what do I think about the Samsung Galaxy M62 as a whole? Having used the Mi 10i and the Realme X7, I must say the Galaxy M62 is a complete no-nonsense midrange phone—and the best one under NPR 40,000 in Nepal. It defeats the competition with its superior performance, bigger battery, unrivaled software support, and excellent camera optimization.