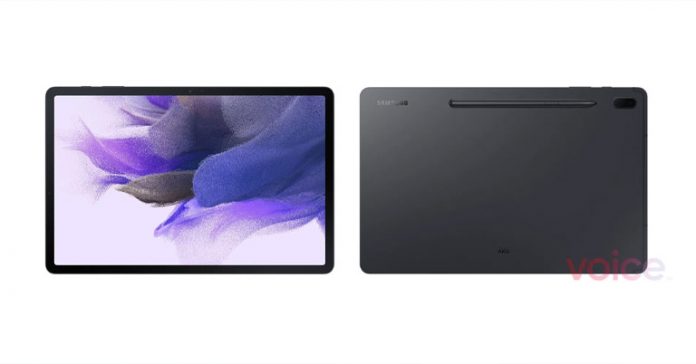 When it comes to new launches, Samsung is relentless. We recently covered the upcoming Galaxy S21 FE and Galaxy Z Fold 3 from the company. And now, a “Lite” version of the Samsung Galaxy Tab S7 from last year has been leaked online.

Galaxy S7 Lite’s renders were first leaked by Evan Blass, a well-known leakster. He released the first clear and high-resolution photograph of the device on Voice. It reveals Tab S7 Lite’s display, dual cameras, and a magnetically attached S Pen at the back. According to previous leaks, the device will have a 12.4-inch (or 12.6-inch) LCD screen, Snapdragon 750G chipset, and 4GB of RAM. This design is essentially the same as the regular Tab S7, with a button-less approach and a comparatively slim bezel on the front. We can see an antenna line along the top of the design to ensure a strong network connection. Additionally, there are dual microphones, and AKG branding, and a USB-C charging port. Sadly, a headphone port seems to be missing here. The tablet will come with Android 11 and probably with the latest One UI 3.1 skin.

According to Evan Blass, there is a slim possibility that the Tab S7 Lite will make an appearance at Samsung’s upcoming Galaxy Unpacked event on April 28. However, its actual launch is expected to take place in June 2021.

Additionally, Samsung could also launch the cheaper Tab A7 Lite alongside the Tab S7 Lite. The Galaxy Tab S7 Lite will be available in four different color options: black, green (which may be light green), pink, and silver.