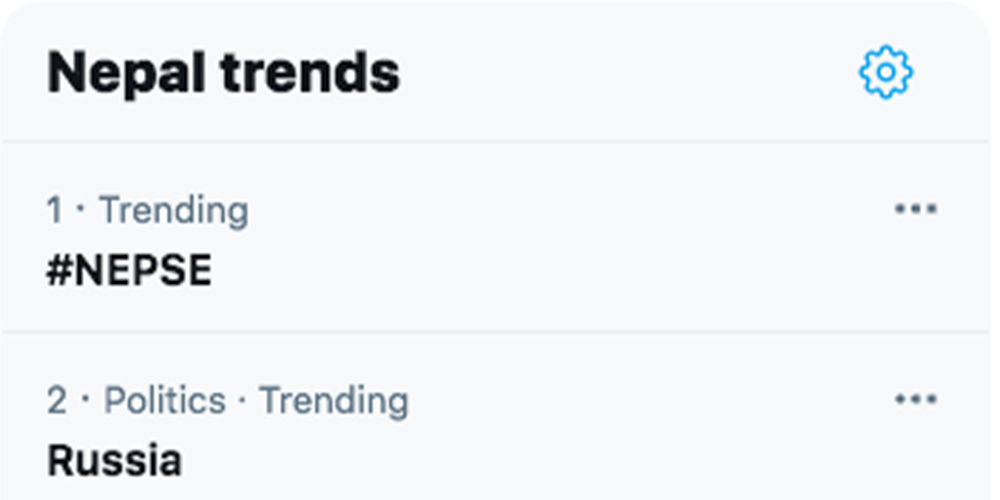 The most talked about stock market on Twitter on Wednesday.

On Tuesday, the Nepal Securities Board (NSB) requested investors not to buy the shares of 51 companies saying that suspicious transactions were taking place.
With the stock market opening on Wednesday, the board’s decision had a direct impact. With the double-digit market decline, its discussion on Twitter has also increased.

On Wednesday, the hashtag Nepse #NEPSE tweet reached Nepal’s trading. On Twitter, most people are protesting the board’s decision, saying it is wrong, while others say it is time to be vigilant.

Many have said that it is wrong for the regulatory body to specify 51 companies and not to buy their shares.

With the board’s decision on Tuesday, most people are seen in line to sell shares on Wednesday. ‘One or two so-called bad companies were thrown out. What to buy now, Seban will say that, Roshan Sedhai has tweeted.

“Some are panicking now and those who sell will regret it later,” he tweeted.