What is the real definition of HERO? Well, we all have our own definitions of being a HERO, a real world hero, unlike those we see in TVs or cinemas. But here I wanna talk in short about an old man which I can say for sure that most of the people of Kathmandu know about him. Especially he is seen around the Basantapur Durbar Square waving the flag of Nepal. People call him mad but he has his own world, one way of loving the Nation.

He speaks what his heart tells and without any fear. He aims he can fix each and every single problem he sees. Maybe that’s where people call him mad. But I give you some more seen but untold things about this old man.

He is not a traffic police and yet manages the traffic jams.
He is not anyone appointed by the government – yet cleans the statues around him.
He is not a politician and yet knows everything and has great knowledge about the political situation happening around.

His name is Laxman Singh Khadka from Dhunge Adda, Tinthana Naikap; also known as “Desh Ko Khalasi”* I just told about his attributes now I give rest of you to find out more about him and know the meaning of real hero. Let the world know that such people exist in the world. You may call him mad but for me, he is HERO of Kathmandu. 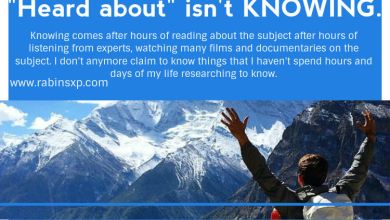 An Appetite For Learning, Hunger For knowledge and Thirst For Information.