The 18-year-old Utsav flew his own plane (video) Last Saturday, 18-year-old Utsav Basnyat had a glow on his face. After all, his own hand-made plane was flying in the sky with the wind.

On Saturday, he and his friends were staring at the sky in Kathmandu. The plane flew from 120 feet to 160 feet. Friends yelled.

Utsav’s heart flew with the plane. He got a little emotional and thought, ‘One day I will make a plane to travel around the world for hours.’ That too is an oil plane like now, not an electric plane.

Siddhartha, who is studying in Banasthali, is undergoing class 11 examination. Even then, he did not stop to watch his own plane fly.

“I haven’t been able to give much time as the exam is going on now,” Utsav said. “I will fly higher next Saturday after the exam.”

This is not the first time he has tried to fly a plane. Earlier, he tried to fly like this three times but the plane did not take off.

Once it fails, the parts of the plane are broken. Sometimes there is a fire. You have to make it from scratch again. Which adds to the cost of the equipment needed to build the plane. 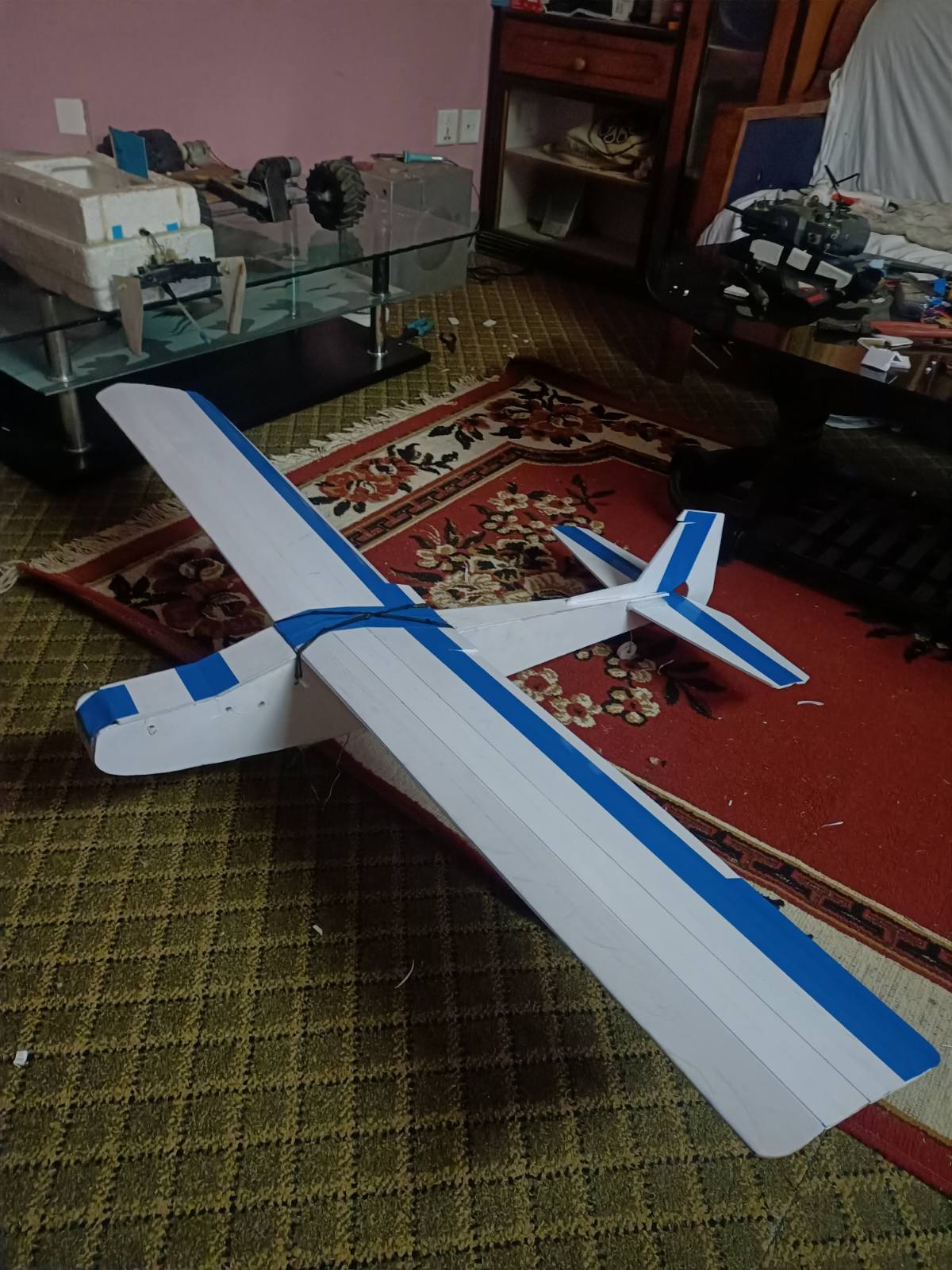 It takes the same amount of time. He used to save his money for flying a plane. Some planes were spared from the money received from home for lunch expenses. When did you get help from outside?

‘Not working, just garbage and expenses’ was the reaction sometimes. However, they could not stop watching the plane take off. Continued and had some success last Saturday. “I did not give up because I failed,” he says.

The festival has been interested in electronic content since childhood. Ever since I was a child, I used to talk about how electronic materials are made and how they work.

He used to make not only spoiled items at home, but also in the neighborhood. As a child, he loved to learn new things. I really liked Discovery and National.

At that time he had an RC (Radio Control) car. That is, a car that runs remotely. He used to play a lot with that car.

He later built a similar RC car. While studying in class 8, RC even built an RC robot. The robot was made using RC car accessories and some household items.

‘The robot’s plant was big. There was no place to drive, ‘he said,’ I had fun running in the reserve tank. ‘ He had many interests. He used to get YY by making DIY projects in school.

It takes imagination to create something new. He thinks he has that ability. “If I’m making something, I can think of a 3D model with fun in mind,” he said.

One day he saw a drone flying on TV. He also wanted a drone. The latest drone was expensive. Could not buy

But, he decided, ‘I will make such a drone myself.’ He also had an RC helicopter at the time, which made him dream of flying a drone.

They had already saved some money to build the drone. That was not enough. The desire to build a drone vanished.

After the drone’s dream did not come true, they started researching whether anything else could be made. I started watching YouTube. While doing research, he came to know about RC plane, that is, a plane flying by remote control.

Then he started watching many videos on YouTube on how to make this plane. There was also free time for lockdown. One day he was using Facebook.

The Facebook page called ‘Flight Test’ has videos of RC planes being flown. He watched a lot of those videos. He found out that it would cost more to build an RC plane than a drone.

He devised a plan to raise money. He also wrote on the ‘test flight’ page, ‘I am building an RC plane but I lack the money to buy its parts. I expect some help. ‘

The solution comes when there is an inner desire. “In my comment, a British man replied that he would help,” he said.

Mike Newton Marker from the UK sent more than half of the materials needed to build the plane. The value of which was equal to 45 thousand rupees. The rest of the money was given by his mother. After about 6 months, Utsav made a plane.

One day you will definitely get success after constantly working on something. This also applied to the festival. The plane is not made by a single effort. After repeated attempts and months, his plane has taken off.

He started correcting his mistakes every time. He initially developed the first model of the plane. He had bought industrial foam board to buy the goods for the plane. The plane could not take off because the board was too heavy. The festival did not give up.

His dream was to make a plane and fly it anyway. To fulfill that dream, he started making a second plane. We used the same board on the plane but modified it to make it as light as possible.

The plane took off but crashed after reaching 10 feet. A fire broke out while taking off. He planned to build a third plane again, but a fire on the second plane destroyed 50 percent of the cargo.

Then I had to buy more stuff. On the third plane he used a new firm board thermocol seat. As it is not available in Nepal, it took a lot of effort to get the board with the help of a friend. Due to some mistake in the third plane, the plane flew 50 to 60 feet for 15 seconds and crashed.

Many are not discouraged by saying, ‘You can’t make a plane.’ “Haters are the best motivators,” he says. He thought he would stop doing this.

Despite the lack of luggage, he made the fourth plane again. Due to the experience of three times, the mistakes were not repeated. It didn’t take long to make the fourth plane. It is ready in 2-3 days after depositing the same. 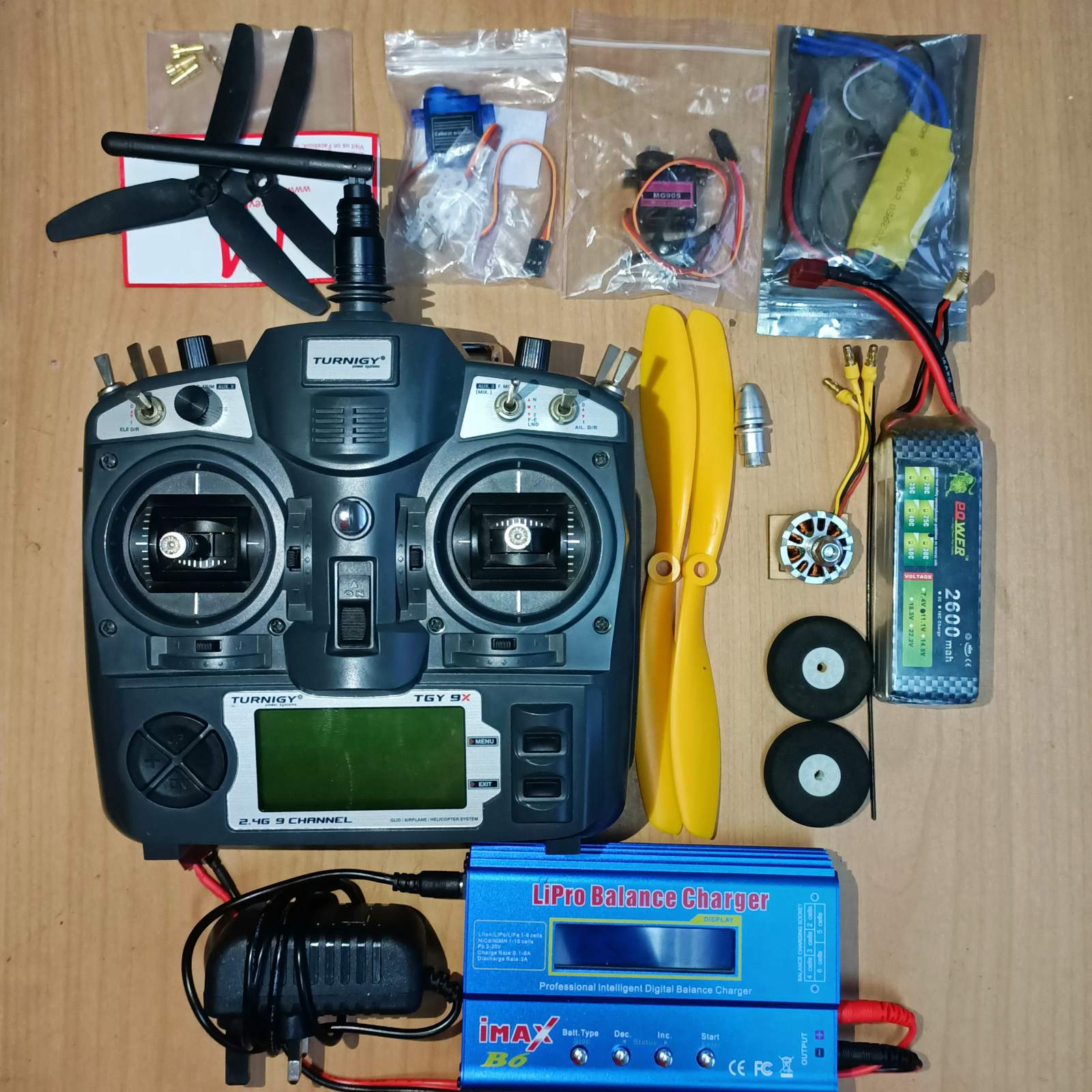 Eventually the result was positive. The plane managed to fly up to 160 feet. “The plane landed one round due to rain,” he said. He plans to fly again next Saturday.

Although it may seem easy, he has experienced that it is more difficult to make a plane than a drone. He says, “The drone flies as soon as the parts are connected, but to fly the plane, you have to arrange other things besides the parts.”

Siddhartha, who is studying 11th class in science at Banasthali Institute, is interested in making a similar plane in the future.

He said he plans to go to the United States after class 12 to study aeronautical engineering. The dream of building a big electric plane in the future is a celebration.

“Conventional fuel-powered planes are likely to be replaced by electric planes in the future,” he said. That is why I have a dream to build an electric plane. ‘

Now he plans to make a better plane than the fourth with the help of some luggage. “The goods on the RC plane are expensive,” Utsav said, adding that the conversation was a bit difficult. Now there are plans to make it a little different. ‘