‘Visit Nepal 2020‘ is the tourism year that Nepal would observe in the year 2020 as declared by the Government of Nepal. Now let’s analysis why the year 2020 was declared as a tourism year and what will be the impacts on the country. Also, here at RabinsXP, we will try to know about Nepal in the context of the Tourism sector.

Nepal is a single destination of the worldwide ecotourism because of recognizing as the living museum, Shangri-la root of the World, birthplace of the apostle of peace, country of living goddess, nice hospitality of Nepalese people, city of golden pagodas and parasols, Himalayan pilgrimage, wildest dream of Kew, nature amphitheater, melting pot of Hinduism & Buddhism, navy kingdom of sixty ethnic groups and seventy five spoken languages, birthplace of Sita, abode of Shiva, land of mysticism & eroticism, land of nonstop festivals, homeland of numerous of flora and fauna, harboring four heritage sites 2 cultural e.g. Kathmandu and Lumbini & two natural e.g. Sagarmatha and Chitwan national park and rest place of wild animal and bird varieties etc. are explicit of self-explanatory our incomparable & prosperous natural cultural heritage. Thousands of visitors come to Nepal & its myriad exotic natural, cultural, and spiritual features that exceed the further prospect of ecotourism in Nepal; therefore Nepal has been ranked among the top ten ecotourism destinations in the world. Similarly, recognized as the top destination for trekking in its mountains and hills.

With its natural beauties and cultural heritage like Mount Everest (crown of the world), snow Peak Mountains, the birthplace of Lord Buddha (apostle of peace), a number of lakes and 13 rivers etc. Nepal has become the attractive destination for tourist from all over the world.

Nepal is a developing country having rich socio-cultural and natural resources. It has immensely diverse and undulating topography, varied climate and mix of people that combine to produce a magical attraction for the outsiders. Having uniqueness and diversity in regard to ethnicity customs, social structures as well as natural phenomenon e.g. flora and fauna, Shangri-la for its scenic beauty and uneven/unrequited ecological and natural environmental variation ranging from the Terai plains to mountains and high Himalayas representing richness in biological and cultural diversity can contribute to prosperity and progress of the nation.

Although it is rich in panoramic scenic beauty and paramount resources, the country has not been able to absorb its property for the multidimensional development of the nation. The country has been consistently ranked as one of the poorest countries in the world. Nepal’s poverty headcounts remained 25.4 percent in 2011. GDP per capita income of Nepal was recorded at the US $716 in 2012 (World Bank, 2012).

A large portion of the total population is residing in the rural area. So there is a great challenge to the nation to eliminate the massive poverty of the country through the gradual development of the area and to provide the basic need to the people. To overcome these challenges, the nation has been conducting some efforts, however, are not gainful. The efforts are being in vain to some extent. In this situation, the development and promotion of the tourism sector can play a vital role in Nepal’s overall development. Development and promotion of tourism sector contribute to generating employment to male and female and income opportunities. Tourism helps to create foreign exchange earnings. Foreign exchange earns from tourism in 2012 was $216 which is around 8 percent of GDP (MOF, 2069). Tourism also increases government revenue through various types of 11 taxations and reduce nation trade deficits. Tourism has also socio-cultural significance. It helps to develop international peace, friendship, and understandings.

In this situation, the development and promotion of the tourism sector can play a vital role in Nepal’s overall development. Development and promotion of tourism sector contribute to generating employment to male and female and income opportunities. Tourism helps to create foreign exchange earnings. Foreign exchange earns from tourism in 2012 was $216 which is around 8 percent of GDP (Ministry of Finance, 2069). Tourism also increases government revenue through various types of 11 taxations and reduce nation trade deficits. Tourism has also socio-cultural significance. It helps to develop international peace, friendship, and understandings.

And also our nation got rocked by the Gorkha Earthquake in April 2015 which has damaged a lot of lives and human infrastructures. Along with that the non-humanitarian Indian blockaded has affected the lives of the countryside childrens who couldn’t get medicines and other medical imports.

“Tourism, if cultivated properly,  may help a country to earn foreign exchange as well as friends from across the land seas helping to forge link of mutual understanding and appreciations for a better world of tomorrow.” Thus, tourism is emerging as good option for rural development as well as for uplifting living standard of people in developing countries like Nepal – King Birendra.

In 1983 a tour operator in Costa Rica registered the word ‘Ecotourism’ for his tour operating business. Soon after this, the word was used in a few public articles in Costa Rica. The term ecotourism is defined as traveling to relatively undisturbed natural areas with such objectives as studying, admiring and enjoying the scenery with its flora and fauna as well as the people who live nearby their needs, their culture and relationship to the land. Nature travel is an experience that contributes to the conservation of the environment while maintaining and enhancing the integrity of the natural and socio-cultural elements.

Ecotourism is now seen as a model of development in which natural areas are planned as part of the tourism economic base, and biological resources and ecological process are clearly linked to social and economic sectors. Ecotourism is conservation led. It has emerged as a result of increasing global concern for disappearing culture and ecosystem. Ecotourism to be sustainable the type and extent of tourism activity must be balanced against the capacity of the natural and manmade resources available.

Growth and development of traditional mass tourism in the environmentally fragile areas caused destruction and deteriorating the fragile environment results (in) the ecosystem eroded or disturbed. To get rid of the problems of traditional mass or quantitative tourism the alternative concept of environment-friendly ecotourism was introduced in the early 1980s. Adventure, trekking, wildlife seeing, rafting, hunting, bird watching, sightseeing village tour, jungle safari, kayaking, canoeing, mountaineering etc. 12 are the activities of ecotourism that have high potentialities in a new genre of tourism. There is a growing market for ecotourism across the World in present.

Ecotourism comprises over 50% of the total tourist business worldwide & growth in ecotourism shows an increasing trend in the worldwide tourism industries (Nepal Tourism Board, 2012).

Tourism is regarded as the world’s biggest and fastest growing industry. It has been playing a pivotal role in the socio-economic sectors of the most of the developed as well as developing countries of the globe. So, most of the nations are attracted to this industry and trying their best to strengthen economic life by promoting tourism in the country (Shrestha, 1978).

Tourism industry being a comparative advantage industry of Nepal has an important role in Nepal’s economy. It has helped to increase employment (direct& indirect) income and to improve the balance of payments of the country. With its natural beauties and cultural heritage like Mount Everest (crown of the world), snow Peak Mountains, the birthplace of Lord Buddha (apostle of peace), a number of lakes and 13 rivers etc. Nepal has become the attractive destination for tourist from all over the world (Upadhayaya, 2003).

Tourism is the backbone-leading sector for the economic development of developing countries like Nepal. However, it has not well developed and tourism activities are not succession to be pro-poor. Tourism is the result of movement, entry & stay; it is a composite product and outcomes of attraction, accessibility, accommodation, and amenities. Elements and components of tourism are the prime factors or indicators process of development of tourism. Development and scope of tourism depend on the quality and quantity of products/components. Most of the potential tourist destinations (except few destinations e.g. Kathmandu, Pokhara, Chitwan) are deprived of transportation, communication, accommodation & amenities. Highly potential but unexplored tourist destinations are not advertised and promoted sufficiently so that a large chunk of probable tourists does not know about Nepal in international front.

Therefore, there is lack of a careful planning to provide the benefits for local people and avoid the well documented negative side effects of tourism on the rural 14 ecologies, culture and economy. Without adequate planning and tourism development, only richer individuals and urban-based organizations will benefit from the economic opportunities of tourism and tourism, in fact, may increase the economic, environmental and socio-cultural cost of the area visited.

Ecotourism loves to nature and enjoys its unique beauty. Produce by diversity in flora and fauna, topography, climate etc. but rapidly growing population deteriorates the forest to fulfill their needs. It causes deforestation, loss of bio-diversity, landslide, flood and soil erosion, such effort ends the panoramic & wonderful scenic beauty of environment or the products of tourism. The native Nepalese cultural products as folk songs, flute tune, feast gets modernized; replaced by external products. Red mud-walled, thatched roofed round houses being replaced by brick buildings. The dressing pattern, smile, and hospitality all native aspirations are being lost.

Nepal has been endowed with diverse fauna and flora and beautiful pristine land escapes. The national park and the conservation area scattered in different parts of the country have become the most potential site for tourism. These national parks symbolized naturals paradise have diverse land masses containing in it only the unique and rare diversity but also here the religious and spiritual sites of high values of significance. Therefore many foreign tourists visit in Nepal. In 2012, 8,65,294 total tourists visited, and from it, the country earned Rs.4,298 crore (Nepal Tourism Board, 2012).

Natural beauties are scattered in different parts of the country but all the parts of the country are not benefited from this industry except Kathmandu. Pokhara and Chitwan because of the lack of tourism publicity, unexplored tourism spots, conceptual bottleneck and government’s negligence.

Importance of Tourism in Nepal

Nepal has three major resources built of an economy: agriculture, hydropower, and tourism. Among them, tourism is the key industry which can effortlessly be established, promoted and developed with minimum investment and can be made an important foundation of national income. So it is one of the chief sectors for economic development. Tourism is an activity that generates economic and social benefits.

Tourism has effects on the different sectors of the economy. The importance of tourism in Nepal is not confined to the economic aspects only, but also to environmental and cultural aspects. Nepalese people realize the importance of environment conservation and have pride in the cultural heritage of the country.

In summary, the year 2020 has been declared as Tourism Year to promote the peace from the homeland of Buddha, share unique socio-culture to the world, promote our ancient civilization even before the modern world was born and to uplift the living standard of local people.

Welcome to Nepal, the birthplace of Buddha, the homeland of Sita, Home of Gorkhas, the abode of Lord Shiva, home of the living Goddess, a living museum and a country full of cultural and natural diversity.

Namaste from top of the world!

PS: This article has been rewritten from the upcoming tourism year 2020. 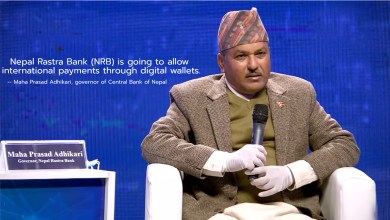 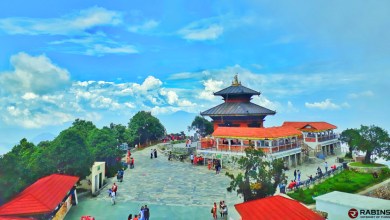 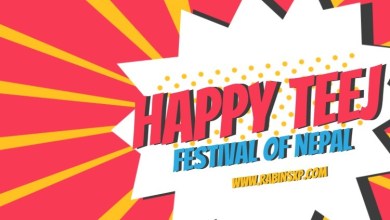