The 0x8007274c error shows in Windows 10 when your system cannot sync to the IMAP account you specified.

The error generally shows with the Windows 10 Mail app, although it can also be caused by Outlook. There is a corresponding error code of 0x80072726 which can also show on some systems.

The error is caused by the connection to the IMAP server being blocked, most typically by your third party firewall. SVCHOST.exe is also sometimes blocked, preventing the sync from taking place.

The messages often show as:

In order to solve the issue, you need to remove any of the potential blocks to the IMAP email connection.

The way to do this is to first ensure your mail app is set up correctly, then that your connection is not being blocked by your antivirus / firewall application.

If you’re able to achieve this correctly, you should then be able to receive emails through your chosen email client (be it Windows Mail or Outlook). The process should be relatively simple:

If you have a third-party firewall (AVG / Avast / Kaspersky / Symantec), you’ll be best to temporarily pause it. This way, you’ll be able to see if it’s blocking the connectivity of your mail app to the IMAP server. You can do this by using the following steps:

Whilst this will leave your PC temporarily exposed, we can just restart after testing out the mail app once more.

Now you need to go onto your mail app and see whether it will download the email this time, or not. If not, it means you need to specifically allow the svchost.exe file in the core elements of Windows.

2. Allow SVCHost.exe Through The Windows Firewall

SVCHost.exe is used by Windows to help services operate on your system. Whilst this application generally works fine, it will sometimes be blocked because it’s trying to access files / services that it should not.

You should then test the Mail app again after this. If it works then you’ve solved the issue (for now).

If not, you’ll have to perform the same process with Windows Defender…

Windows Defender is the default antivirus app that comes with Windows 10. If the above steps did not work, you’ll have to add svchost.exe to its excluded apps: 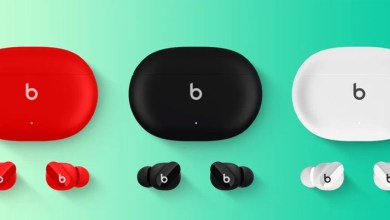 10 Things You Can Take Apart With a Tri Wing Screwdriver Netgear Wireless Router: How to Setup Without Installation Disc