Computer security for most can be described in 2 words, firewall and antivirus.

Until recently could one install a firewall and an antivirus program and feel quite secure. The risk of something “bad” succeeding with infecting your computer or a hacker to breach your firewall was not likely.

This as internet was filled with computer completely without protection. Easier to attack or infect the completely open computer then fight all installed counter measurements. The viruses spread quickly and if you had protection, you where protected.

The new era has come.

But look around. Read about all new versions of spam control software, software firewalls, antivirus software and similar products.

Of course are they still a good protection against all the normal threats on internet, but the new main focus is the protection they offer against new threats.

Yes, they actually all try to come up with more and more cleaver ways of protecting you from threats not even present!

And how can they do this?

The answer is quite simple.

Most attacks and viruses use variations of known methods to attack or infect. And the new technologies that are being invented all search for “how things are done” instead of “exactly this or that”.

How to find viruses.

The old way, a known virus can be found by using a signature, a known piece of code inside.

The new way, now they look for known actions certain viruses use to accomplish an infection or spreading.

How to recognize an attack.

The old way. Someone connecting to your computer in any way at all (stop them).

The new way, someone connecting via this protocol, to this port, more then 3 times per second and so on.

A couple of examples.

What’s in it for you?

New protection will catch more virus, more attacks but they will most probably require more configuration from your side as well as a better understanding of how they work. And as always, a more complex system is more likely to give you problems.

So here you are, probably a bit more secure and with a bit more technical problems. 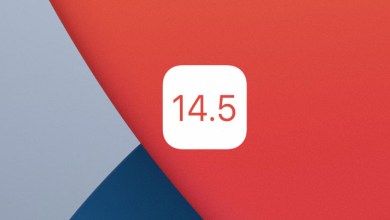 iOS 14.5 Update: Everything You Need To Know

Here’s a BRIGHT Idea: Upgrade Your Lighting to Save Money

Turning On the Attraction Switch of Women