Strongly focused on the educational market, the newly updated device is now available at Apple stores and is being shipped to schools.

Priced at $299 for students and $329 for consumers, Apple is attempting to supplant Google-powered Chromebooks used by many teachers.

According to research from FutureSource Consulting, sales in the K-12 mobile PC market for 2017 saw strong upticks in sales for Google and Windows devices, and declines for Apple’s iPad.

Apple is hoping a new selling point, the addition of Apple Pencil support to this lower-end device, will spur interest and sales.

Previously the Pencil was available only the higher-end iPad Pro Tablets.

Apple has priced the Pencil at $89 for students. They envision kids to use the Pencil for art projects and similar school work.

The company has also boosted device storage for the educational models. 200 GB is available to help students work with and maintain bigger projects. Others will find the standard models start with 50 GB.

Speed could be a selling point. The iPad features its new A10 Fusion chip with a 40% faster processor for graphics performance.

It comes with a 64-bit architecture and four-core design.

Another feature is the ease of multitasking. Apple says you can work on your business plan, do some research on the web and make a FaceTime call to a friend, all at the same time.

Similar to other iPad models it comes with front and rear facing cameras. The front is an 8 megapixel lens with 1080p HD video capability.

There is an intuitive onscreen keyboard. Users can also employ a separate, compatible Blue Tooth version.

The device weighs in at just one pound and is only 7.55 mm wide for easy mobility.

Battery life should yield 10 hours with a single charge.

Along with the device, Apple is launching some new apps specifically for the classroom. One is actually called “Classroom” and lets users see what students are working on in class.

Another app is “Everyone Can Create” a sort of free curriculum of what kids can do on their iPads.

“ClassKit” is a platform that allow developers to create puzzles, tests and lesson plans for students.

Apple touts the apps and dozens of others will be put to good use by the educational community.

The new iPad comes in three different colors. Included is a new gold finish along with silver and space grey.

While Apple fans may take a hard look at this featured-enhanced lower priced iPad, it remains to be seen if it will stem the popularity of Android devices with educators and students.

The tech giant may need to go back to class to learn how to turn their sinking educational fortunes around.

How to Reset Admin Password in a Linksys Router 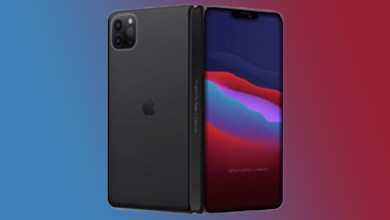 Apple could launch a foldable iPhone by 2023, reports suggest