You use these units in your home appliances or while working in your office. They are very small and may not be visible to you when you are using a printer, changing floors in the elevators, baking food in ovens and what not. Let’s find out more.

Here, we are going to talk about a technology called the micro switch. You may not know what is going inside a switch and it may not be important for you at this point of time as well. However, the history of the invention of this technology has some interesting facts that can turn out to be a good discussion topic for today.

Micro Switch may be recognized as a brand these days. Let’s get back to the time where it was just an ordinary terminology. The story of this technology begins with an order of 10,000 electric chicken brooders in 1932. This order was received by an American company of Wisconsin, Burgess Labs. In order to complete this order, Burgess Labs required 10,000 switches. So, he contacted a local manufacturer to supply the said number of switches.

The local manufacturer ensured a timely delivery of the switches. However, the quality was not good enogh and these switches did not function in a way that the head of the company wanted for making electric brooders.

They kept on trying to get something positive out of these switches but ended up disappointed. Time was short and reputation was on stake. Amid this situation, Burgess asked one of his mechanics to develop a better switch that can be consistently effectuated on a specific action point and has enough stability to support prolonged repetitions.

Phillip McGall was that mechanic who made the switch that was compatible with electric brooders. He designed it by keeping the tipping-point principle in his mind which enables any switch to do repeatable actions with stability and precision using a spring. This contribution served as a major breakthrough in the history of technology and drew the attention of many people who were associated with this field.

After a few years of testing and consistency, this technology was patented by McGall as ‘Snap-Switch”. Initially, it was marketed by a team of Burgess Labs but Burgess had to sell off his portfolio later on. It was taken over by a well-known company, Honeywell in 1950 and was turned into a micro switch corporation. Therefore, we recognize this technology as a brand today.

The key factor because of which this technology got so popular was the minimal operating force. It could be actuated by applying a low force of power. The small size was another reason that allowed this technology to get fitted in any type of appliance or machine.

In short, the modern shape of a micro switch may have evolved over the years with the introduction of new materials and new designs, but the functionalities are still the same and serving the purpose for which this technology was patented. Therefore, a huge credit must be given to Phillip McGall and Burgess Labs for engineering such a reliable and durable technology. 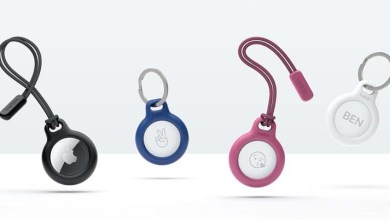