Originally Posted On: Self AA Meetings | What I Learned from Bob Anderson (jameshaggertyrecovery.com)

In recovery, we often—in fact, we must—look to others who have walked the same winding road with addiction. We look to those who live in the mind and body of an addict because they are the only ones who fully understand. The most prevalent example in the 12 Steps program of AA is your sponsor. The program is designed such that your sponsor is someone who has, often relatively recently, been where you are. Sometimes, though, there are leaders in the world of AA who come along and leave a mark, even shake things up a little, giving addicts a beacon to look to when you or I need a fresh perspective from someone who knows this journey inside and out. That’s the type of encouragement and refreshing, hard-hitting honesty I have discovered in the teachings of the late Bob Anderson.

This post will explore his unique perspective within the AA world and how it might aid you when making peace with alcoholism and ego.

Who Is Bob Anderson?

Bob Anderson is a household name in the world of AA, though he passed away 20-plus years ago. He became sober in 1952, and he died an old man with 44 years sober who had spent 35 of those years helping other addicts along their journeys. The interesting thing about Bob Anderson is that he was successful at staying sober the first time he made a serious effort to get into recovery.

He did not drink after his first stint in detox, his first introduction into the world of AA, and his first partnership with a sponsor who had nine years of sobriety. As many of us know, most people do not have this same positive outcome on the first try, though it is possible. But, what’s impressive about Bob Anderson is not just his commitment not to drink, not to slip up. His teachings stem from the fact that he was sober but unhappy for the first months and years of his recovery. In his own words, “So I stayed sober, but I remained the same man sober that I had been drunk.”

His teachings take that idea further—focusing on being sober is not the key to changing, at least not the only key. So much of that transformation being permanent and feeling right for the individual is about letting go of ego in the typical sense, which Bob so eloquently taught.

What Is Primetime AA?

Primetime meetings are a specific format of meetings based on research by the late Dr. Henry Tiebout. He was a pioneer in backing up the efficacy of the 12 Step AA format with quantitative analysis. He was a renowned psychiatrist in the field. As such, he served as both a medical doctor and a researcher. In the mid-1900s, when Bill W. and the first committee wrote “The Big Book” of AA, there were undoubtedly supporters who saw firsthand that the 12 Steps work. Yet, there were also many skeptics to this new, lifelong method of recovery.

Dr. Tiebout’s research legitimized AA as a methodology, squashing critiques that it was merely an idea with a cult following. Bob Anderson often referenced the ideas in the Tiebout papers at his speaking engagements. There is research-based evidence to support Bob Anderson’s theories of “self” and “ego” in the world of AA, and this is a crux of the Primetime format, which is still very active today around the US and the world. You could likely catch a Primetime meeting in most major cities! Now with Zoom AA meetings all over the world….. 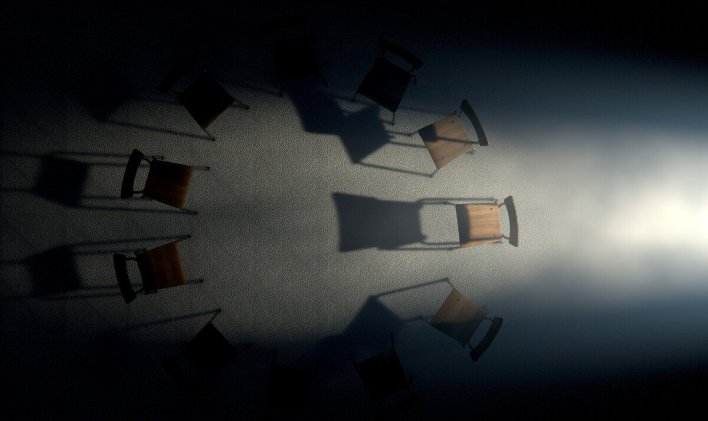 To understand the role of self in AA meetings—both the style pioneered by Bob Anderson and meetings more generally—one has to look back to our proverbial North Star of recovery, the 12 Steps themselves.

When a meeting is based on Step 2, we seek to believe that there is a higher power larger, more powerful, and more omnipotent than ourselves, who can “restore us to sanity.” When zeroing in on the ideas of Step 4, we make a moral inventory of ourselves. In Steps 11 and 12, the deepening of a spiritual relationship with our higher power helps us continue to, in a sense, die to “self” in the continuation of our recovery and the service of others. Of course, each step has to do with self and self-reflection, but these areas directly impact one’s self-view, focusing on Anderson’s meeting and teaching style.

Bob Anderson on Self and Ego in AA

Though there’s a lot of important background information about Bob and AA in this blog, my biggest takeaway from Bob Anderson’s legacy was this:

Bob emphasizes that AA can be a zone where we portray an inflated version of ourselves to avoid judgment or outright dislike from others. I think it is important to remember that, while the steps are teaching us more concrete and tangible lessons about self, meetings are teaching us something that is likely just as important. We are not living out the steps or traditions if we stay sober in a miserable and self-important fashion that doesn’t allow us to be transformed. 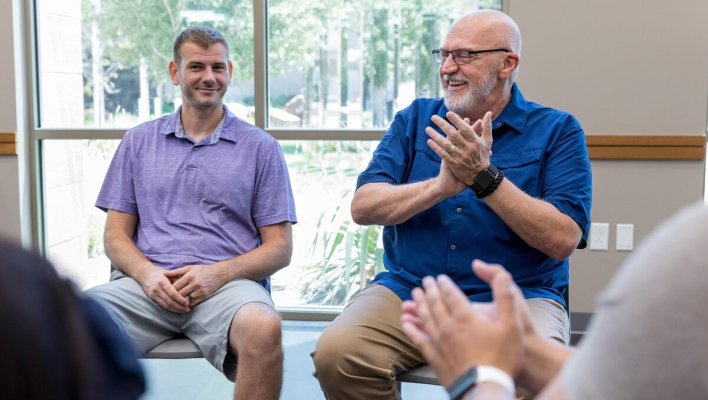 I know that recovery is difficult enough without thinking even harder about how you really show up in your next meeting. Yet, allow me to encourage you. Taking Anderson’s teachings to heart, you can understand how it is self-serving to not share authentically in meetings for fear of judgment. By the same token, it is not a death of the ego to long windedly share war stories and thoughts that do not aid in the care and unity of the group in keeping with the first tradition. Really coming to grips with the meaning of self and ego means letting go of airs and the constant need for the high of maintaining a perfect image—which can become addictive on its own.

In authenticity, perhaps there is freedom. I would go so far as to say that without authenticity and humility, there is little fulfillment in this beautiful journey to getting your life back. Luckily, with time, you (and I) can become better at the walk every day.

If you’re interested in learning more, you can check out a direct transcript of Bob’s teachings here.

What Are the Best Trucking Podcasts to Listen to?