After the launch of the Samsung Galaxy M32, Samsung has also launched the all-new Samsung A22.

How does it feel so far? I’ll tell you all about it in this first impressions article of the Samsung A22.

At a first glance, Samsung A22 looks exactly like the Samsung A32. It has the same design and almost the same body proportions.

But, A22 is slightly thinner than the M32 and it is also a bit lighter at 8.4mm thickness. Though it has the same design as the M32, A22 manages to look and feel a bit premium.

The rear panel has a glossy finish but has the same feel as the A32. It looks like glass and a bit more premium than the rear panel of M32. The side frame also has a matte finish which makes it look different than the M32.

Else, it uses the same notch design as the M32 on the front. It would have been nice to see a hole-punch design instead. 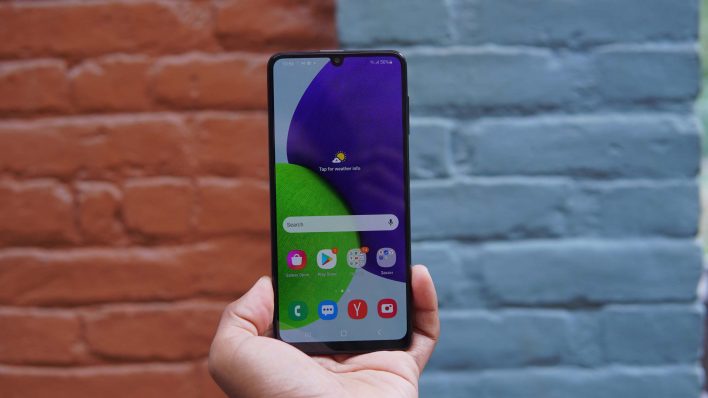 A22’s display looks decent but we definitely would want an FHD panel at this price. Its display is actually not as bright as the Samsung M32. But, the colors look quite decent.

The high refresh rate smoothness is not as good as high end phones but its not bad.

Powering the Samsung Galaxy A22 is the MediaTek Helio G80 chipset. We can see the same chipset on the Samsung M32 and Samsung A32.

It hasn’t had a single hiccup while using multiple apps or switching between them. The phone feels smooth and slick but it doesn’t have the best gaming performance.

It can definitely play games but you will be limited to medium to low graphic and low frame rate options. I tested COD mobile on medium graphics and it did perform quite well. However, you should opt for some other phones if you want a better gaming performance.

Samsung A22 has a quad-camera setup on the rear. It gets a 48MP main sensor, 8MP ultra-wide angle sensor, a 2MP depth sensor, and a 2MP macro sensor. 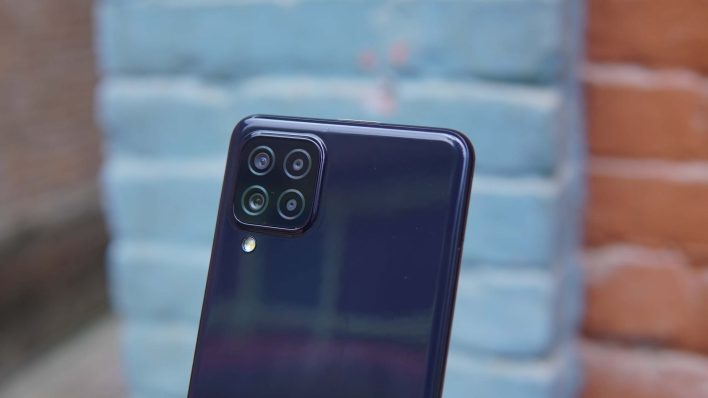 Similarly, it has a 20MP sensor on the front for selfies. Its camera setup is the same as the M32 but it gets a 48MP main sensor instead of a 64MP sensor.

The 48MP sensor provides good pictures with a nice dynamic range and good detail. The noise is also on the lower side and the colors are slightly saturated. However, the focus of the A22’s main sensor is not consistent.

Similarly, the 8MP ultrawide angle camera also performs quite well. It is practically the same sensor used on the M32. So, the images have decent details and a similar color profile as the main camera.

Moving on to the 2MP macro sensor is not that good though. The 2MP sensor cannot provide good detail which results in flat photos.

On to the front camera, A22 can capture really good selfies with good details and good exposure. It uses the same 20MP sensor as the Samsung M32.

In terms of battery, Samsung A22 has a smaller 5000mAh battery compared to the M32. And, it also has a 15W Fast Charger included in the box. 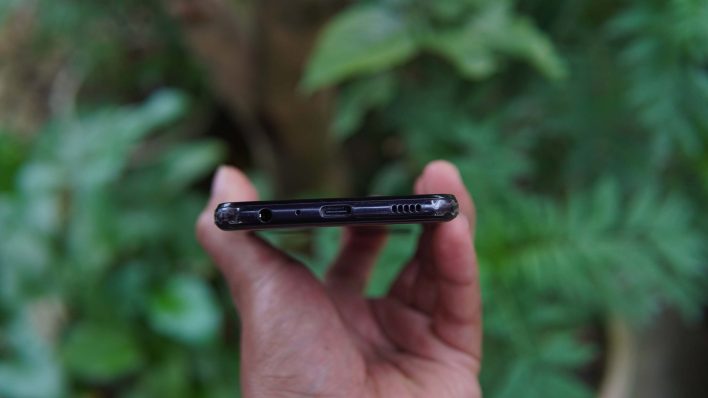 The 5000mAh battery can easily provide a day of usage. And, you could even use it for more than a day with moderate usage.

The software experience is the same as what we get on the M32.

It also gets swipe right to Google news which is standard on all of the latest Samsung phones. However, Samsung has excluded some of the camera features like Fun Mode and Single Take Mode.

A22 looks and feels a bit more premium than the M32. Except that, M32 has an upper hand with a better screen and a bigger display. So, A22 actually gets outshined by Samsung’s own M32.

This is just an initial impressions article about a few days of using the A22. I’ll revisit what I talked about here in my full review. 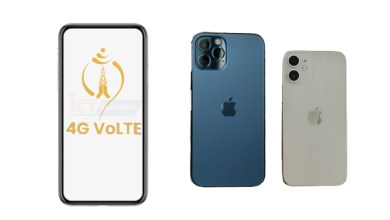 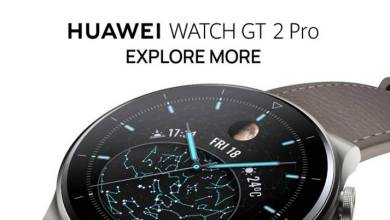