Only a handful Nepali digital platforms have reached the global audience. One of them is Programiz, a platform for learning coding built by Parewa Labs Pvt. Ltd. Programiz.com is a Nepali website with possibly the highest number of pageviews. This website has recently crossed 15 million pageviews per month that have made inroads to almost 200 countries.

The platform was started as a tutorial blog in 2011. It has now come up as a learning space for millions of users looking forward to learning programming. Ranjit Bhatta initiated this as a text-based tutorial platform for beginners. Eventually, Aswin Shrestha and Punit Jajodia joined him as co-founders in 2015.

Programiz is a digital platform where one can learn the basics of programming. This platform distributes content through its three products, its Website: programiz.com, YouTube Channel: Programiz and Mobile Apps: ‘Learn Python’, ‘Learn C Programming’ and ‘Learn Java’.

The tutorial covers the basics and advanced concepts and also includes examples for each programming language.

Mostly 15-25 age group use this platform, says Punit Jajodia, co-founder of Programiz. Majority of users are from India, US, Canada, Germany and Nepal.

“We started this platform for IT students, nevertheless it is widely used by professionals as well,” says Jajodia.

Three Engineering students Jajodia, Bhatta and Shrestha went to a computer institute at Putalisadak to learn about C programming in 2011, and thereafter ignited the idea of Programiz to them. In the meantime, Bhatta started a tutorial website ‘Self-tutorial’, which later was named ‘Programiz’.

In 2014, Punit and Aswin were back home. The trio ventured into a new startup ‘Adhuro.com’, a platform with 21 different blogging sites. But the product could not last a year.

Meanwhile, Ranjit decided to onboard two of his friends in the Programiz as co-founders in early 2016. Then the journey together began.

From the moment Jajodia and Shrestha joined Bhatta, there were tutorials for two major programming languages, C and Python. Gradually they added more tutorials catching up with market demand. Their website traffic has increased 10 times by now.

“The users love the simplicity of our content,” Jajodia opines. He is of the view that as the content has been designed for beginners, the terminologies and set of instructions are well explained in a simple language. Compiler is another feature appreciated by the users. The compiler is available for Mobile apps as well. Programiz developed this feature for mobile users too as many students in Nepal and other developing countries are yet to afford a laptop. “We aim to remove barriers that beginners to programming face while learning to code. So, this is one of the steps towards the bigger goal,” he shares.

They developed compilers, apps and started a YouTube channel in 2020.

“2020 was all about building and 2021 is all about growing,” says Jajodia. The Programiz team was also successful to grow their website traffic by 50 percent in 2020.

More than 70 percent of users of Programiz use the desktop for learning. “This made us realize that most of our users learn programming for professional purposes,” shares Jajodia.

Similarly, with the growing scope of coding, they have incorporated a premium version for learning advanced programming. Currently, users can access ‘Challenges’ in its premium feature.

By 2022, they are working to sync all their products into a single subscription, have a global B2B outreach and have an equal ratio of Ad and subscription models. Currently, 95 percent of the platform’s revenue is from Google Ads and five percent is from subscriptions.

Jajodia believes that having a global mindset is crucial if anyone wants to shuttle their service or product beyond the border.

“In our case, continuous content creation in the English language has been one of the best strategies which have given us international exposure,” he says. He shares that recently the viewers have also been demanding to translate the content in their local language.

He views that various companies in Nepal can white label their product to reach a global market. “Mindset and fear of being judged are one of the main hindrances for Nepali companies to scale in the global arena,” he observes. This needs to be conquered, only then we can get exposure, opines Jajodia.

Jajodia shares that the supporting team of Programiz is filled with pro-active, driven and inspiring individuals. “We have enthusiastic go-getters and we have members who don’t mind wearing a number of hats or picking up the slack for somebody when needed,” he says.

Jajodia claims that Programiz offers the Employee First Culture where the growth of team members is given more priority than the project. He believes in creating an environment where every member works independently furthering his/her ideas and everybody has full autonomy in the projects.

“The employees have a lot of room for growth and they can work with entrepreneurial spirits. And these are the kind of people a startup needs. So, this is a win-win for the venture as well the employee,” he says.

Lessons learned from past crisis

The lessons which the team learned by shutting down their first project ‘Adhuro.com’ were actually stepping stones for the success of Programiz. As rightly said ‘Failure is a lesson learned, and success is a lesson applied’, the team got to implement the valuable lessons they learned from their previous failure.

“Three of our major mistakes were, hiring too many employees, working on too many domains and investing less on sales and marketing,” shares Jajodia.

Post-failure, the team took time to hire the right kind of people. Adhuro.com’s vision was to create more jobs and give platforms for freelancers. But we lacked strategic planning for its sustainability, he says. This time, they have been coming up with enough market research and sustainability techniques before taking up any new initiation.

Marketing strategies are still a missing point in our company as we are yet to be able to promote and communicate our brand. However, now we are working out to build the marketing and sales team, he shares.

Getting right people is a challenge

As the company is reaching a newer height, Programiz is working on onboarding more people in their team. But currently, one of their challenges is getting the right people. He shares that hiring people with knowledge and skill is great, yet most importantly Programiz needs someone who can go the extra mile to learn new skills.

Here, there is a myth that technical content writing is not a profitable and long-term career. They view coding as a career but they don’t understand that besides coding, they can take on other roles including technical acquisition, database, UI/UX and many other areas, he says.

“Technical content creation is one of the most viable careers and the future is bright. We just need to educate the people regarding the huge scope of this role,” he shares.

Programiz is looking forward to partnering with local colleges, big IT companies and corporate houses. “The corporate houses can use the platform for interviewing coders and other technical roles. Similarly, we will customize this as an edtech platform, so that local colleges and students can benefit,” he shares.

The team envisions becoming the most accessible platform for coding for the freshers. Besides this, they are also working to add advanced content for professionals. “We are expanding the content for students and for professionals at different stages of career,” says Jajodia. 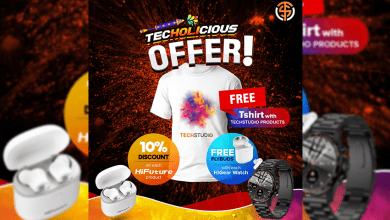 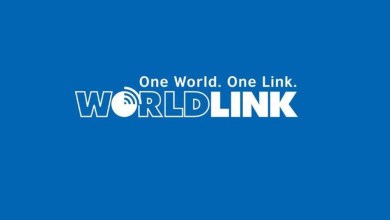 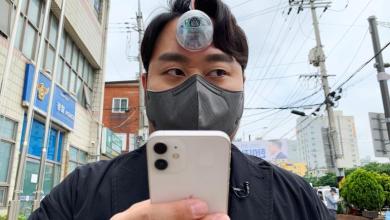