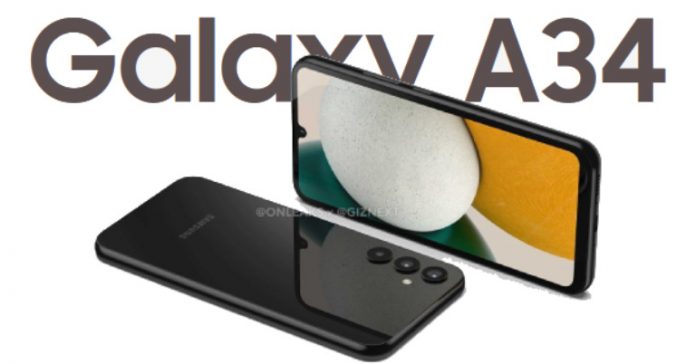 Samsung has been working on a couple of A-series phones. Previously, we saw what could be the Galaxy A54, and now high-quality renders of the Galaxy A34 have surfaced online. Let’s see what the upcoming Samsung Galaxy A34 has to offer.

According to the renders shared by OnLeaks via Giznext, the Galaxy A34 looks eerily similar to the Galaxy A54. However, the design differs from that of its predecessor. In comparison to the Galaxy A33’s squared camera module, the smartphone now has three camera rings protruding from the back panel. 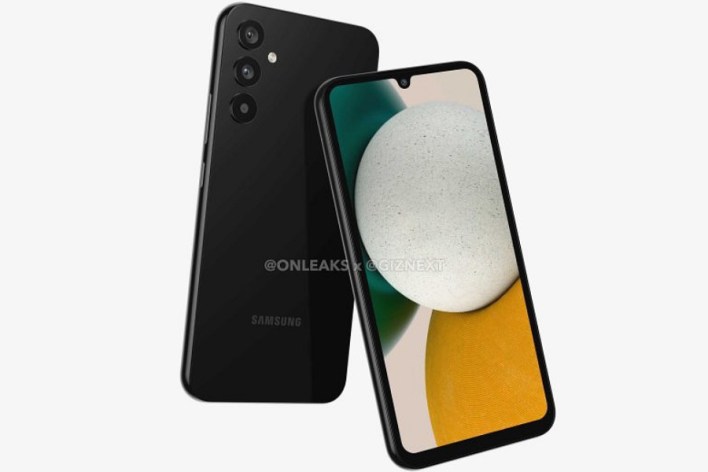 Samsung looks to streamline a single design approach for its Galaxy A-series smartphones, which is a good thing for mid-range phones. Likewise, reports suggest that the smartphone measures 161.3 x 77.7 x 8.2 mm and has a 6.5-inch flat display. The cutout for the selfie camera on the front remains unchanged, with a U-shaped notch.

The renders also show a 3.5mm headphone jack on the bottom of the device, as well as a fingerprint sensor embedded in the power button. It will be offered in black color among other hues.

While we don’t know much about the Galaxy A34 yet, it is rumored that the company is removing the depth sensor. This implies a trio of primary, ultrawide, and macro sensors.

The Galaxy A34 has yet to be officially confirmed by Samsung. But if rumors are to be believed, it will probably be unveiled alongside the Galaxy A54. This means that the official announcement of these two phones will take place sometime in January of next year. 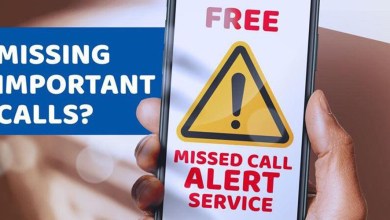 Whose phone call came when the telecom number was busy or there was no network? Find out for free