As per the report, the Samsung Galaxy A54 will flaunt a larger battery compared to its predecessor. While the A53 had a 4860mAh battery, the upcoming Galaxy A54 is expected to have a larger 4905mAh one. Since the Galaxy A53 was advertised as having a 5000mAh battery, Samsung may advertise the A54 with a typical capacity of 5100mAh. However, the company might also stick with 5000mAh since the difference is only marginal.

Accompanying the main camera will be an 8MP ultrawide and a 5MP macro sensor. Some rumors claim that Samsung will not include a depth sensor on next-gen A-series phones.

Further details such as the chipset and display of the Samsung Galaxy A54 are still under wraps. As for the software, it is likely that the phone will boot on the latest OneUI 5.0 based on Android 13.

Samsung Galaxy A54 Launch and Price

The Samsung Galaxy A54 is expected to launch in the first quarter of 2023. The A-series is Samsung’s poster child in the midrange smartphone segment, accounting for a sizable portion of the company’s smartphone sales. That being said, the official launch date and price of the Galaxy A54 are not yet known. 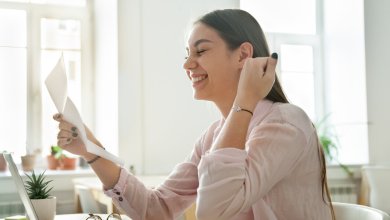 7 Sources of Inspiration During Your Recovery Kumari Smart Login Challenge: A chance to win up to Rs 10,000