Google has announced its second-generation Nest Hub. The main highlight of the new smart display is its ability to track sleep without additional equipment. Other than that, it is faster and even louder than its predecessor that was launched in 2018. In this post, we will be taking a look at the specifications, features, expected price, and availability of second-generation Nest Hub in Nepal.

Google has decided to continue the original design with some adjustments on top. The second-generation Nest Hub has the same display as its predecessor. It’s a 7-inch LCD touchscreen with a resolution of 1024 x 600 pixels. Google says that the edgeless design makes the display easier to clean. You can even use it as a photo frame. The plastic parts in the second-generation Nest Hub are made using 54% recycled plastic. 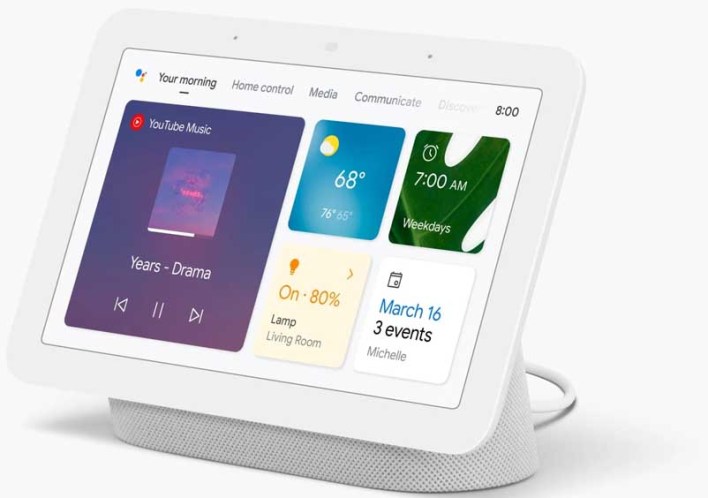 Google has also made a significant improvement in the audio department. The second-generation Nest Hub now boasts up to 50% more bass than the original model. The speaker here has a 1.7-inch full-range driver. Accompanying it are three far-field microphones. It is compatible with popular audio and video streaming services like Spotify, Apple Music, Netflix, YouTube, and so on.

Let’s talk about the new sleep tracking feature. The second-gen Google Nest Hub comes with Motion Sense technology powered by the Soli sensor that debuted with the Pixel 4. With this, the smart display monitors your sleeping habit by analyzing your movement and breathing – that too, without any camera. In addition, the built-in microphone, ambient light, and temperature sensors can monitor your sleeping environment. It can even detect your snoring and coughing along with the light and the temperature of the room. 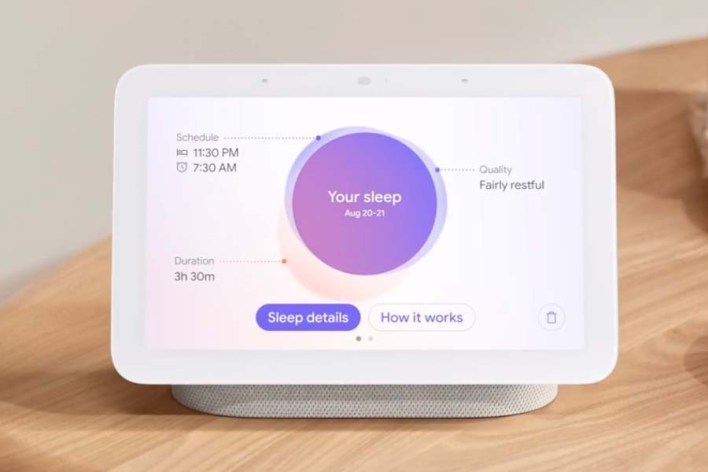 The data collected this way can be shared with Google Fit. Also, the Nest Hub can provide personalized bedtime schedules, suggestions based on your sleeping habits, and guidance from the American Academy of Sleep Medicine.

There is an indicator that is enabled when the sleep monitoring is turned on. Users can even disable the sleep tracking. The service is available as a free preview until next year. Google is also working on integrating the feature into the Fitbit ecosystem.

Users also get support for Google Assistant. The inclusion of a dedicated AI chip makes the response even faster. There is also this function called Quick Gesture that allows users to pause or play content by using mimicking tapping in front of the Nest Hub.

The Nest Hub can show all of the connected AIoT devices in your house too. Google has also promised to enable Thread network in the future that will make controlling your smart home even easier. 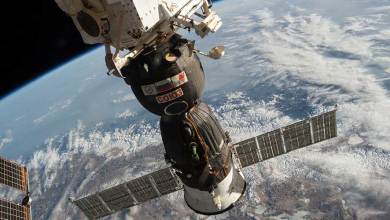 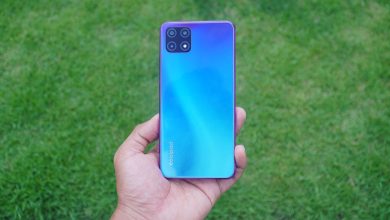