Sony announced three new devices in the latest Xperia event – Xperia 1 III, Xperia 5 III, and Xperia 10 III. While the first two are flagship-grade phones packing some serious specs, the latter is a modest offering for the mid-range segment. In this post, we will take a look at the specs, features, expected price, and availability of the Sony Xperia 10 III in Nepal.

Like its predecessor, the Xperia 10 III features a 6-inch AMOLED display with FHD+ resolution. As you would expect from an Xperia device these days, the phone comes with traditional bezels instead of cutouts or notches, and a tall aspect ratio of 21:9. The display has a touch sampling rate of 120Hz and is HDR-ready as well.

Still, Sony has managed to reduce the length and width of the phone by 3mm and 1mm respectively. The difference is quite significant given that Sony has included a beefier battery this time around. At the back, there is a pill-shaped camera module. Sony has used Gorilla Glass 6 for both the front and the back. In addition, the phone comes with IP65/68 ratings against dust and water.

Xperia 10 III is powered by Snapdragon 690 SoC. This chipset was announced last year and is the only one in Qualcomm’s Snapdragon 600 series to support 5G. With Sony’s Smart Connectivity feature, the phone can switch between 5G and Wi-Fi depending upon their respective signal strength.

In terms of memory, you get 6GB of RAM and 128GB of internal storage. The latter can be expanded up to 1TB using a hybrid card slot.

There are three cameras at the back of the phone. The 12MP primary camera uses a 1/2.8” image sensor with an equivalent focal length of 27mm. It is accompanied by an 8MP ultrawide sensor with a 120º Field of View (FOV). The third camera is an 8MP telephoto lens with 54mm equivalent focal length. You can record 4K videos using the rear cameras. On the front, there is an 8MP camera for selfies.

Fueling the device is a decent 4500mAh battery which is a significant jump from 3600mAh in the predecessor. The phone supports USD PD fast charging. With its Adaptive Charging technology, Sony says the battery will remain healthy even after 3 years of use. The phone ships with Android 11 out-of-the-box and is also part of the Android Enterprise program. Thus, users will be getting updates in the future.

According to Sony, Xperia 10 III will be available from early summer (June-September). The company has not revealed the price of the Sony Xperia 10 III yet. 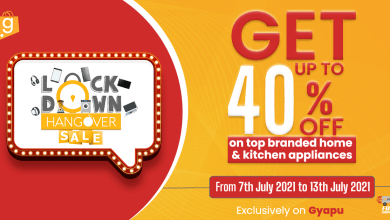