As anticipated, the device arrives with a striking design and uses the MediaTek Dimensity 900 chipset with 8-core processor, capable of running the latest apps and games. Another point highlighted by the manufacturer was the Honor X20 5G’s 6.67-inch screen. The display operates at a rate of 120 Hz and occupies 94.4% of the front face of the smartphone, having only a small pill-shaped cutout for the front camera, with 16 MP sensor, and for the laser focus sensor. The Honor X20 5G is powered by the Dimensity 900 SoC, runs Android 11-based Magic UI 4.2, and comes in three memory configurations – 6GB/128GB, 8GB/128GB, and 8GB/256GB. However, it also supports virtual RAM expansion, which virtually expands the RAM by 2GB using the phone’s internal storage.

Speaking of cameras, the main sensor has 64 MP resolution with f/1.9 aperture. In addition to it, there is also a macro lens and a depth lens, both with 2 MP resolution and f/2.4 aperture. All these sensors are grouped into a circular module, as found in some Nokia and Oppo models. The 4,300mAh battery is not among the largest ever added to a smartphone, but the differential here is the 66W fast charging system, capable of charging100% of the battery in less than an hour.

For those who have not yet entered the wave of Bluetooth or USB-C headphones, the good news is that the 3.5mm connector is still present.

The Honor X20 5G will come with Android 11, but will use custom Magic UI 4.2 interface. It is quite likely that it also has some of the functions developed by Huawei for the HarmonyOS operating system. Honor has confirmed that sales of the X20 5G will begin on Friday (13) in China. The device will be sold in three different hardware configurations, in the colors Black, Blue and Silver Titanium. RAM options range from 6 to 8 GB. Storage ranges from 128 GB to 256 GB.

Honor has not commented on the availability of the X20 5G smartphone in other global markets. 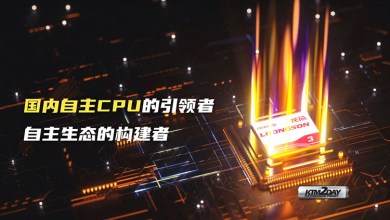