Oppo Pad Air is the company’s first tablet for the global market. Still, the overall specs looked convincing enough, so I decided to test it for myself. And in this review, I will be sharing my experience of using the Oppo Pad Air for a month.

But before we begin, here is what Oppo Pad Air has to offer in terms of specifications.

Globally, the tablet market fell by 15% this year with budget Android tablets taking the biggest hit. But this is not the case with developing nations such as India and Nepal. For instance, India just recorded a healthy 65% YoY growth with the sub-20K segment growing at a staggering 142%.

Another takeaway from this is that established brands like Lenovo and Samsung are facing competition from newcomers like Lava and Realme. And after using the new Pad Air over a month for this review, I believe Oppo will join the ranks next year.

This is because it tackles the biggest problem with the budget tablet, the software. A lot of budget Android tablets are hardly anything but smartphones spirit in a tablet body. Even Realme Pad, the best-selling tablet on Flipkart right now, falls under this category. Samsung’s budget tablets fare better in this regard but they compromise big time on other specs, especially the screen.

While it’s not perfect, Oppo Pad Air shows tablet brands are looking beyond the screen, speakers, and battery. It is the first tablet from Oppo outside of China and it costs INR 17,999 for the 4/64GB variant. There is even a 128GB variant that retails for Rs. 19,999.

Sweeping that aside, let’s start the review, starting with the thing that has impressed me the most, the software. Oppo Pad Air runs on ColorOS 12.1 based on Android 12. Contrary to what we have been experiencing on phones, ColorOS for Pad is lightweight. Except for the Oppo and Google apps, there is no other pre-installed software. Enhancing the near-stock Android experience is the set of “special features” that allows you to make the most of the 10.36-inch screen. Some of the features are not new, not even exclusive to the Pad Air, but I really like Oppo’s implementation and the convenience to use it.

Take the split screen for example. You can activate it by just swiping vertically down with two fingers. You can then adjust these screen sizes and change their position depending upon your need. Or you can reduce one screen to a flexible window.

It’s quite a handy feature when you are trying to take notes. You can even paste photos directly from a window to note-taking apps. And yes, the floating keyboard helps a lot. It can be moved and resized based on your needs. When not in use, flexible windows can be moved to the site and summoned later on. You can setup up a separate child account on Oppo Pad Air and switch to it from the top bar. This is directly open the Google’s Kids Space which you have complete control over. The features that I have discussed so far are quite optimized and the ones I most myself using the most. There are other features that have a lot of potential but could require more optimization.

The first feature that comes to mind is the dual windows. I would love to have two instances of Chrome side by side but it is not possible yet.

The other is Oppo’s multi-screen collaboration which is supposed to boost productivity by allowing a seamless connection between phones and tablets. I used it on my Reno 8 Pro and it worked as intended. You can have multiple apps from your phone on the tablet at the same time as well as share a clipboard and drag and drop files and photos.

The caveat here is that it is available on a very small pool of Oppo phones running on the ColorOS 12.1 and later. It doesn’t even work on my latest F21 Pro. Also, features like file transfer don’t work at all when connected to Windows laptops. Oppo has addressed this issue in the latest version of ColorOS, which this tablet will receive in the first half of 2023. Basically, all Oppo phones (running on ColorOS 13) and Windows laptops will support this feature moving forward.

Oppo is also working on its own ecosystem so in the future you will be able to connect the tab to even more smart devices.

Now, let’s turn to another highlight of the Oppo Pad Air, the design. At the back, the tablet has Oppo’s signature Glow design. It’s a textured matte finish that does a really good job of hiding fingerprints. Even after using it without a sleeve for weeks, I don’t see any scratches. So that checks out as well.

What really catches the eye is the plastic portion on top. Usually, brands do this plastic-metal design to allow Wi-Fi and LTE signals to pass. But Oppo has taken a step further by incorporating the 3D “Dune” texture.

Oppo Pad Air’s thickness is comparable to a mainstream smartphone. The weight distribution is also well balanced, resulting in a good hands-on feel.

Over on the front, you get a 10.36-inch 2K screen with stylus support. But since I could not find the Oppo Smart Stylus anywhere, I settled for this third-party pen from WIWU. It has noticeable latency but works nonetheless. It’s an 8-bit panel but Oppo says it can produce over 1 billion colors thanks to its software tweaks. The pictures are sharp and the colors look decent enough. It even has Widevine L1 certification for HD streaming on Netflix. But it is still an IPS panel after all and you will encounter an LCD glow during darker scenes.

Otherwise, the display is good for content consumption. For this, you also have a quad-speaker setup which can be pretty loud, albeit with some distortion. It also lacks bass, but it should not be a problem for casual YouTube and Netflix viewing. There is no headphone jack but you can connect wireless earphones for Dolby Atmos surround sound. One more thing: if you listen to songs from YouTube, you can do it on background, saving the battery.

Now onto performance. Here, Oppo has opted for the 6nm-based Snapdragon 680 which we have already seen in a lot of budget phones this year. This chip prioritizes power efficiency over raw performance. I was able to get around 7 hours of average screen time with the 71000mAh battery. The charging process is kinda slow as it takes around 2.5 hours to go from 0 to 100%. It is because Oppo Pad Air only supports 18W of charging, though it ships with a 33W charger.

With just 4GB of RAM on board, you can experience a slight delay when opening happening apps for the first time and multitasking. Even adding 3GB of virtual RAM does little to improve the situation. Gaming is not that impressive either.

Lightweight games like Clash of Clans, and Subway Surfer work well however, you will have to turn the graphics to the lowest for a playable experience with demanding titles like PUBG: Mobile. But it is to be expected from a tablet of this price. What is important is that it can handle online classes just fine. There is a 5MP selfie camera on the front that does okay under good lighting. At the back, there is an 8MP sensor that you can use to scan documents. If you are an educator, you can even screen-record tutorials with selfie capture.

This brings me to the end of this review. So, should you buy the Oppo Pad Air? To answer this, let’s look at the competition first. For a thousand bucks more, you can get the Realme Pad with better performance and an LTE option. But there are no tablet-specific software tweaks here.

The same drawback was on the Moto Tab G70 that I reviewed earlier. And I expect the same with the newly launched Moto G62 LTE, which otherwise is very similar to the Pad Air.

Then we have the Galaxy Tab A8. Samsung’s experience in making tablets and foldables is reflected well here but the specs it offers are not competitive enough for the price.

In my opinion, Oppo Pad Air is the middle ground. It is not a perfect tablet, I mean, it is hard to be at this particular price point. However, it has a decent set of specs and complementary software as well. Unless, if you expect hardcore gaming and multi-tasking, which you should not do with a budget tablet, it will fare you well, especially for school work and multimedia. 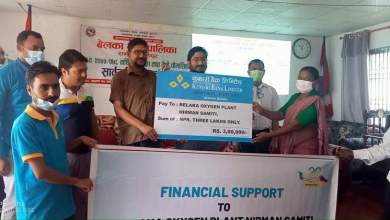 300,000 assistance from Kumari Bank to the oxygen plant under construction in Belka I Want a Divorce: How to File for Divorce Against Your Partner Oppo A54 Price in Nepal 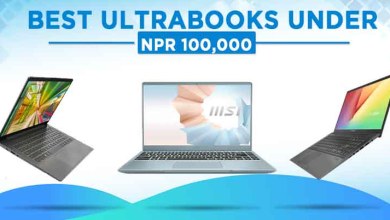