Even though we are now well into the computer age, people still find it hard to comprehend that autonomous driver-less cars that resemble ‘Kit’ in Knightrider or the Batmobile in Batman, with their futuristic ability to maneuver themselves, are a part of our new reality. Yet for almost a decade Google, the internet search giant, has been busy bringing this very concept onto American roads. Google driver-less cars have now completed 750,000 miles on the road without the occurrence of any major incident and the company announces with confidence, that driver-less car technology, at least as far as cars on the highway are concerned, is a reality. They are confident that their cars can handle just about any scenario that crops up on the highway. Driver-less car technology has become hot news, every major car company is involved in research in this area. Now Google are trying out their driver-less car technology in towns and cities, admittedly with a little less success than they have had on the highway.

The solution that occurs to most people when driver-less cars are mentioned is that it must be some kind of v2n solution where vehicles are directly communicating with the net through fixed nodal points all over the city, that can track every car, and keep the traffic going by diverting and directing traffic so that everything runs smoothly. This kind of system would be a natural precursor to a driver-less car system. Yet Google has taken the diametrically opposite path by relying almost completely on sensors within the car that interact and respond to the outside world, these sensors together with intensive mapping applications and GPS (although at present GPS is only good to 10 metres or so) are used in a combined operation to guide the vehicle. This is probably because a network connected driver-less car solution would involve numerous repeaters and boosters and would be prohibitively costly in terms of power consumption, infrastructure and bandwidth usage. Google should know! Yet the technology that Google uses does not come cheap either, coming in at something like $100,000 give or take a few thousand dollars, this does not make it a choice for the man on the street. Apart from this, the emphasis placed on input from sensors to maneuver the vehicle, also makes the technology hugely complicated. The prospects for seeing driver-less cars on city and town streets in the near future do not look too bright right now although they will probably soon be a common sight on the highway.

Now an Indian company, Trigon, claims to have invented a new driver-less car technology that will cost a fraction of the Google driver-less Car System and will work almost flawlessly in virtually any conditions. Any successful driver-less car technology will require split second timing and excellent co-ordination and response times in order to be able to self maneuver under normal traffic conditions. Rather than trying to solve the problem through loading up with a huge number of sensors as in the Google, Mercedes and Toyota driver-less car systems. The driver-less car solution designed by Trigon uses LIDAR mapping through diffuse laser screening of the surroundings, and a minimum number of small cameras. Detailed information gained about the route in this manner is stored in the cars computers. This means that a car would first have to be driven over a given route before it is able to drive that route on its own. It should be mentioned here that the efficiency and accuracy of 3D LIDAR mapping has kept pace with computers as they have improved in performance. It is therefore now possible to achieve 3D mapping in what amounts to real time. However, the company soon came to the conclusion that using only cameras and LIDAR output would be time consuming, inaccurate and lack consistency; some other solution would have to be found. This is where Trigon has made a breakthrough. The reasoning behind the new Trigon driver-less technology is simple; all cars have brake lights, all cars have indicators, insurance, number plates and so on. Why not accept the fact that driver-less car technology is here, why deny the existence of the technology?

Basically what this means is that since the technology does exist and has been proven to exist, why not adjust infrastructure to accept this fact. What Trigon is suggesting is that all vehicles such as cars, buses, bikes etc., irrespective of whether they are equipped with driver-less car technology or not, be compulsorily equipped with the latest RFID (Radio Frequency Identification Tag) tags that are capable of relaying real time information. These tags will function vehicle to vehicle and not in vehicle to network mode and therefore will not impact on communications or take up unreasonable amounts of bandwidth. In fact precisely these kinds of RFID tags are being used to transport nuclear materials. These advanced RFID tags can monitor temperature, pressure, humidity and the state of the sealing on nuclear packaging and can be read from a hundred metres away without line of sight. The RFID tags that Trigon will be using give the dimensions, weight, orientation and speed of the vehicle, no other information will be given thus preserving privacy. The RFID tags can be read from 100 metres away (more if needed) without line of sight and run off the car battery supply using negligible amounts (a few millwatts) of current. What this means is that any car equipped with Trigon driver-less car technology would have a 3D picture of the traffic immediately around it in real time, giving the dimensions, speed, weight and line of approach of these vehicles. These RFID tags would cost less than $20 to install and if they are installed in all cars would make driver-less technology a cake walk. It would be easier and less complicated than the systems used by the Post Office to sort through letters based on zip codes or even the baggage handling machinery at airports. This is because instead of sensors collecting information and analyzing it, all relevant information to maneuver the vehicle would come to the vehicle itself, it is then a simple question of using software based on old fashioned Newtonian laws of motion to maneuver in the correct direction at the appropriate speed. The technology allows for up to 2000 RFID tags to be read simultaneously, which is overkill because cars on the road will interact at the very most with eight other vehicles in their immediate vicinity at any given time. Further, because of the limited amount of information being conveyed, the problem of clogging up bandwidth does not arise it is a it does not follow. What this means in effect is that using this system a jump start in getting driver-less car technology on the roads is possible. Cars can opt to install the technology or not, but whichever cars do opt for the system will have a system that works.

This is not a new precedent, for instance when motor cars were still a novelty, it was found that the available roads were too difficult for them to maneuver on, this resulted in people campaigning for the ‘Good Roads Movement’ with the result that the U.S. Government started allocating funds to build motor-able roads, the rest is history. Cell phones had a similar experience, it was the putting up of numerous towers and repeaters that made cell phones and anywhere in the world communication, a success. Today cell phones are as ubiquitous as clothing.

The advantages of implementing such a driver-less car system are numerous, starting off with safety, economy, savings in time and practically maintenance free driving. This is because the cars use Newtonian laws of motion, where it is necessary to know the loaded weight of the car at any given stage in order to calculate the appropriate speed at which to travel, thus the system has a fair idea of what the ‘normal’ response of the car should be, any deviation from this standard performance would be noted, analysed,reported and hopefully rectified. Another huge advantage of the system is the tremendous savings made in fuel due to the efficient stopping starting and running of the cars. Traffic jams would be a thing of the past and as a result large amounts of fuel would be saved. The preferred platform of the driver-less car system are hybrids like the Toyota Prius or even all electric cars like the Tesla.

It is time for the U.S.A to once again lead the world and set the pace in path breaking technologies, driver-less car technology might be one such technology that can be gainfully implemented.

Why Tesla’s New Semi-Truck Pricing Is A Game Changer

How Are Electric Vehicles Charged? 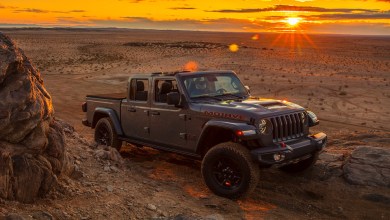 Why Buying A Used Car Is The Smarter Decision