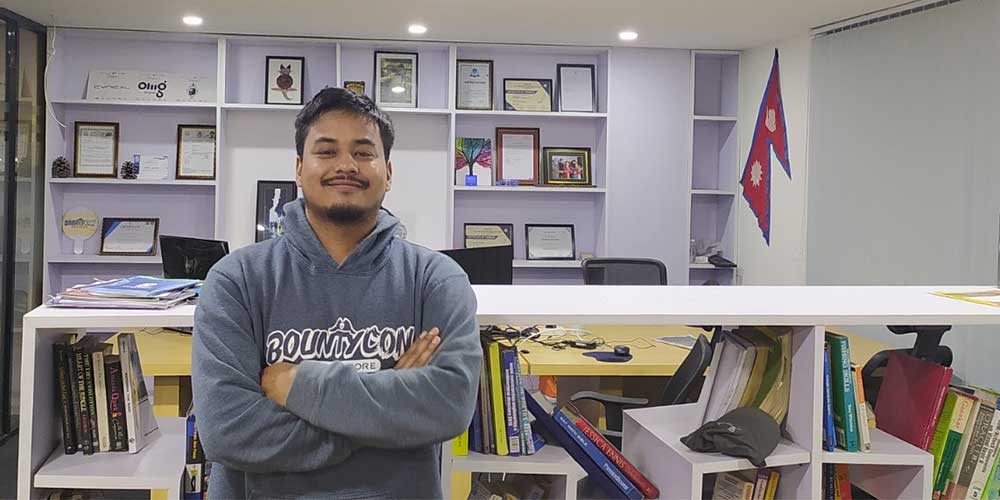 He said that after joining the Bug Bounty program of BugCrowd, he has been able to earn more than 11400 dollars or 12 million Nepali rupees in a period of one and a half years.

He began his journey in late 2019 on BugCrowd’s single Bug Bounty program. ‘Focusing on a single program helps to understand hidden functions and detect bugs and also gives a better experience with the application,’ he said.

Bachelor of Cybersecurity is not new to the field of bug detection. They have been searching for bugs in this area since 2013.

He joined the Bug Crowd in 2018. He began his journey in late 2019 on BugCrowd’s single Bug Bounty program. He has also worked in Isewa, Kantipur and Nepal Telecom.

He is currently operating two companies. One is cyclical technology and the other is buggy. Cyclical Technology provides cyber security to various companies while Bugby is the first Bug Bounty platform in Nepal.

After a year and a half, Bugby went public in 2020. Foreigners have benefited by setting up a Bug Bounty platform, but why not a Nepali company, said Naresh Lamgade, the founder of Bugby.

Talking to ICT News, he said, “Security is the same for everyone in the world.”

Bugby now has 3,500 cyber security researchers from around the world and more than 15 companies. Bugby continues to be involved.

Lamgade said that there is a plan to include foreigners in the company. He said that foreign companies will also be involved after the product becomes stable. He also set up Cyclical Technology in 2017 with the aim of providing cyber security.