Studies on the body’s defense mechanism against stealth adapted viruses have provided important insight into a fundamental mechanism whereby the body acquires energy for cellular functions. The mechanism is referred to as the third or alternative cellular energy (ACE) pathway. Photosynthesis is regarded as the first cellular energy pathway of Nature and food metabolism as the second.

The energy utilized by the ACE pathway is derived from an environmental force termed KELEA (kinetic energy limiting electrostatic attraction). It is likely to correspond to what Nikola Tesla described as a radiant or as an impulse force. The fundamental role of the kinetic energy may be to prevent the fusion and annihilation of opposing electrical charges. KELEA can act on fluids and other materials, leading to a loosening of hydrogen bonding. KELEA activated water shows an increase in molecular kinetic activity measurable as an increased volatility. Moreover, the separated electrical charges in sufficiently activated water can directly absorb KELEA from the environment leading to further activation of the water and that of nearby or added water.

Although initially identified as a non-immunological defense against stealth adapted viruses, the ACE pathway has far wider significance in biology. Principally, the ACE pathway is an adjunct to the cellular energy derived from oxidative phosphorylation of food. The typical average daily consumption of food yields approximately 2,000 Calories. For a 75 Kilogram individual to maintain a body temperature 20oC above the environment requires 1,500 Calories a day. (The body returns to room temperature within 24 hours of death). This would leave insufficient energy from food metabolism for the various cellular functions of the brain, heart, muscles and other organs. In other words, humans and presumably other living creatures are dependent of an additional, non-food source of cellular energy.

Various materials can absorb KELEA and transfer it to nearby water. A striking feature of many of these materials is their dipolar or multipolar electrical property. It is presumed that the separated electrical charges are attracting KELEA, which may then be released from certain of these compounds, possibly in an oscillatory manner. This consideration led to the intriguing possibility that the fluctuating electrical activity in the brain and in muscles may serve as an antenna for bringing KELEA into the body. Support for this hypothesis was obtained by demonstrating a water-activating effect by participants in a laughing yoga class.

The role of the brain as an antenna for KELEA is presumably subject to both positive and negative influences. The latter are likely to include emotional stress. For certain individuals the use of cell phones or simply being under the influence of excessive electromagnetism may negatively affect the proposed antenna function of their brain. Several lines of evidence are consistent with certain generalizations regarding beneficial aspects of the brain’s electrical activity. These include I) a preference for alpha wave and even more so for gamma brain waves, rather than beta brain waves. ii) Brain waves of high amplitude, which are indicative of a greater membrane potential with less risk of unwarranted depolarization. iii) A lower overall level of activity, allowing the brain to more easily restrict its attention to enable clarity of thought, optimism and self-esteem. iv) greater emphasis on parasympathetic versus sympathetic stimulation. These generalizations are consistent with the widely touted benefits of positive thinking and mindful meditation.

The body can produce KELEA attracting materials outside of the brain. They are termed “ACE pigments” and can develop as a result of infections with stealth adapted and other viruses. ACE pigments are electrostatic, occasionally magnetic and can fluoresce, especially in the presence of certain dyes, including neutral red dye. Testing for ACE pigments in dried perspiration, saliva and urine can provide a means of assessing the ACE pathway. Their presence can, therefore, be used as an indication for insufficient cellular energy.

As reasoned elsewhere, effective homeopathy is likely a misnomer for the administration of KELEA activated water. The water is activated by herbal tinctures, which are presumably acting as KELEA absorbing and transmitting compounds. The compounds are largely removed by the progressive dilutions of homeopathic formulations. Mineral rich materials useful for activating water include humic/fulvic acids, zeolites, volcanic rocks, shungite (a product from Russia), mica and anhydrous magnesium oxide. The activating material can be removed once the water is activated, by various means including distilling the water or using a zero residue filtration. Indeed, some dipolar compounds can function without direct contact with the water and merely need to be place close by the water to be activated.

Broadly based health benefits have been attributed to several food products. A prime example is the leaves of the Moringa oleifera tree. Although usually explained by its rich source of nutrients, the major mode of action of Moringa oleifera leaves is likely that of water activation. The term enerceutical™ was introduced to describe foods able to supply cellular energy beyond their calorie or micronutrient content. Research by the author has also placed Ashitaba plants, cocoa powder and chaga mushroom extract into the water-activating grouping of enerceuticals™.

2. Impaired blood supply as in cardiovascular and cerebrovascular diseases.

3. Inefficiency of cellular metabolism as, for example in diabetes.

4. Increased energy demands as in infections and in wound healing.

5. Deficiency in higher level brain functions that are not fully supported by food derived metabolic energy.

An interesting possibility in this last category is that consuming activated water may increase the brain’s ability to act as its own antenna for KELEA, in a positive feedback mechanism. Increasingly, psychiatric patients are being identified as being refractory to any reasoned talk therapy or available psychothropic medications. Possibly they may become more responsive to these modes of therapy if they consume KELEA activated water or enerceutical™ foods.

An understanding of the ACE pathway can also challenge the presumed mode of action of various alternative therapies. For example, while EDTA based chelation therapy is generally assumed to work by deleting toxic metals, it may simply be supplying activated water. Electro-acupuncture bears similarity with the use of electrical stimulation to activate water in the laboratory setting. Mind body medicine and meditation, which mainly serve to limit distracting thought processes, may actually be a means of enhancing the KELEA antenna function of the brain. These and related topics are discussed in the book: Stealth Adapted Viruses; Alternative Cellular Energy (ACE) & KELEA Activated Water.” 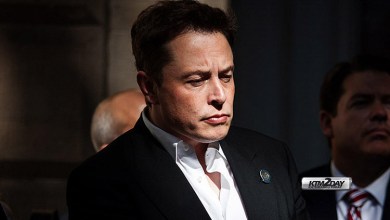 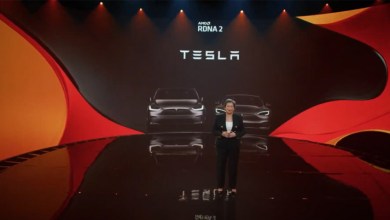