OnePlus 9 series may have made all the headlines but it was not the only anticipated smartphone to launch yesterday. Black Shark launched its latest iteration of high-end gaming smartphones. The newly announced Black Shark 4 and 4 Pro are now available in China with the latest hardware. In this post, we will be taking a look at the specs, features, expected price, and availability of Black Shark 4 and 4 Pro in Nepal.

Coming from the Black Shark 3 series, the company has toned down the gaming aesthetics by quite a bit. It is safe to say that the phone looks more mainstream. On the front, the Black Shark 4 series now features a punch-hole cutout instead of the traditional bezels that are found on most gaming-oriented devices. Both the vanilla and the Pro model sport a 6.67” FHD+ AMOLED panel. It’s an E4 panel manufactured by Samsung Display. The display supports a refresh rate of up to 144Hz and an impressive touch sampling rate of 720Hz. Other features of the display include 111% DCI-P3 coverage, 1,300 nits of peak brightness, MEMC, DC Dimming, and SGS eye care certification. The rear panel on the vanilla model looks even simpler as it lacks the LED lighting that is on the Pro model. On the side, the two phones feature two motorized “magnetic-lift” trigger buttons that can retract when not in use. Similarly, the fingerprint sensor is also mounted on the side of the phone.

Likewise, the Pro model also gets a two-layered liquid cooling system that can dissipate 30% more heat. The company claims that it can reduce the temperature of the CPU core by 18-degree Celsius. Other specs of the Black Shark 4 series include a triple camera setup on the back. The Pro model comes with a 64MP primary camera while the standard model only has a 48MP primary camera. Other than this, both phones feature an 8MP ultrawide sensor and a 5MP macro sensor. On the front, there is a 20MP selfie camera. Black Shark 4 series pack in a modest 4,500mAh battery. The company has also included support for 120W fast charging. Thus, you can go from 0 to 100% in just 15 minutes. Unlike the mainstream flagships, these phones still come with a 3.5mm headphone jack. You won’t have a problem with the connectivity as the phones come with dual-sim 5G, Wi-Fi 6, Bluetooth 5.2, and NFC.

Black Shark 4 series is available for pre-order in China where their starting price is CNY 2,499 and CNY 3,999 for the non-Pro and Pro variant, respectively. We expect the price of the Black Shark 4 and 4 Pro to start at NPR 50,000 and NPR 81,000, respectively. 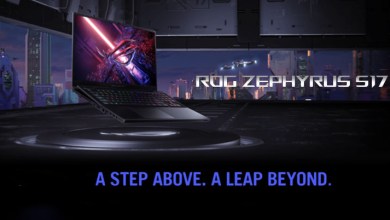